Jacobiopharma, founded in July, 2015 and headquartered in Beijing, is an innovative drug development and solution provider. Established by Wang Yinxiang, the company has received financings from Qiming Venture Capital, Liyi Investment, Fluence Bioengineering and so on. Rivals that have direct and indirect competition with Jacobiopharma globally include Qiyu Bio, etc.

Jacobiopharma, founded in July, 2015 and headquartered in Beijing, is an innovative drug development and solution provider. Established by Wang Yinxiang, the company has received financings from Qiming Venture Capital, Liyi Investment, Fluence Bioengineering and so on. Rivals that have direct and indirect competition with Jacobiopharma globally include Qiyu Bio, etc. 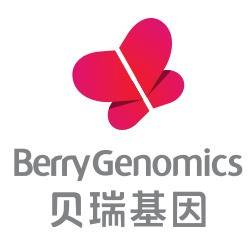 Jacobiopharma Cooperates with AbbVie to Develop and Commercialize SHP2 Inhibitor

Jacobiopharma and Kelleying work together on drug development and production So far, 2019 was a lucrative year for the third party researchers in the pharmaceutical industry of China. On October 16, yet another Chinese Contract Research Organization (CRO), dMed Biopharmaceutical (缔脉生物), announced the completion of a nearly USD 50 million Series B financing, led by healthcare-focused investor Vivo Capital (维梧资本). Legend Capital (君联资本), Lilly Asia Ventures (礼来亚洲基金) and the company's former investor Qiming Venture Partners (启明创投) joined in this round as well. The company claimed to improve its research facilities and its global capacity in clinical development and product registration using the new capital injection.  This round was not the first time that the Shanghai-based CRO ramped up its globalization efforts. The company had previously announced a partnership with a Manhattan-based CRO, Target Health, to help Western and Chinese biopharma and medical device companies capitalize on the rapid internationalization of clinical trials between the US and China. But why globalization matters for Chinese CROs? China Food and Drug Administration (CFDA), now under the National Medical Products Administration (NMPA) has made substantial changes in drug developing and distribution policies over the last three years. At the end of 2017, NMPA drafted a series of regulations, easing multinational drug developers' clinical trial applications in the mainland; and in the September of 2018, the Chinese regulators further facilitated the import of clinical data for the multinational drug developers into the mainland, bringing about new landing possibilities for the foreign novel drugmakers in Chinese market.  In 2018, global spending on pharmaceutical research and development was around USD 172 billion and set to be over USD 204 billion by the end of 2024. Globally, USD 37 billion flew into CROs in 2018 with a growth rate of around 8%. USD 9.6  billion was spent in CRO related operations in China in 2018, Forward reported. Qiming Venture, a Chinese TMT and Healthcare focused PE investment firm, extended its healthcare portfolio with another CRO by this investment. The VC had an extensive healthcare portfolio covering emerging companies from the biopharmaceutical industry, from the EO500 member novel drugmaker Jacobio (加科思) to the Tencent's new generation clinic WeDoctor (微医). The VC claims to have invested in nearly 90 start-ups in the healthcare sector, mainly focusing on the "AI-related smart 'healthcare industry', making Qiming VC one of the most assertive healthcare investors of China. Ascletis Pharma Inc. (Ascletis, 1672.HK) released its 2018 Annual Report. According to the report, the total revenue of the company is CNY 166 million, a year-on-year increase of 212.6%; the gross profit of around CNY 154 million, an increase of 189.4%. Ascletis Pharma is listed on the Hong Kong Stock Exchange since August 1, 2018. As an R&D driven innovative biotech company, Ascletis Pharma is committed to address the unmet medical needs of the three major therapeutic areas: anti-viral, cancer and fatty liver diseases. At this stage, Ascletis has developed an integrated production platform that covers the entire industry value chain from discovery and development of new drugs to production and commercialization. Ascletis is currently commercializing two drugs. One is China's first direct antiviral drug, Ganovo, which was independently developed for Hepatitis C. Its annual sales in 2018 reached CNY 73 million. Besides, the hepatitis C virus (HCV) drug “Ravidasvir” was developed by the company, which is close to the commercial stage. The drug was approved by the NDA and received a review in October 2018. Ascletis’ production base is located in Binhai Area of Zhejiang, with a total construction area of approximately 17,000 square meters, including a tablet production line with an annual capacity of 130 million pieces. It is reported that the production base has obtained the drug production license, and the National Food and Drug Administration has conducted the GMP verification. The company’s Fatty Liver Disease drug has not yet marketed yet; however, it presents a potential success in China due to the increasing obesity amongst teenagers in China. According to the latest statistics from China, the proportion of obesity among children under the age of 15 increased from 15% in 1982 to 27% in 2018. The company’s successful business model presents a role-model for Chinese pharma-developers. Generally, drug discovery and commercialization are not processed by one company but outsourced to third party companies called CROs (Contract Research Organizations). However, Ascletis is one of the rare companies that prefer to deal with the entire process of drug commercialization on the one chain.

On December 6, 2018, Betta Pharmaceuticals(Betta Pharma, 贝达药业) announced that its new antineoplastic drug BPI-17509 and BPI-17509 pill’s clinical trial has been approved by CFDA (China Food and Drug Administration). As Betta Pharmaceuticals “incubated” biopharmaceutical company, Jacobio Pharmaceuticals(Jacobio, 加科思)’ first-in-class antineoplastic drug JAB-3068’s clinical trial plan is under CFDA’s review, though the plan has already been approved by the US FDA in January 2018. Jacobio’s core team was originally the core team of Betta Pharma. WANG Yinxiang(王印详), the chairman, and HU Shaojing(胡邵京), the president, both left Betta Pharma in two months after its IPO in HKSE in 2017. In recent two years, Betta Pharma’s stock price has declined from the highest HKD 80 to current HKD 37, and so has the profits. Jacobio secured its series C funding in amount of USD 55 million led by Hillhouse VC and Qiming VC in August 2018. Pharmaceuticals is one of the most sophisticated modern science and with extremely high entrance bar. Two Jacobio core team members mentioned above all hold bio-medical related doctorates and Wang is even a member of the Chinese Thousand Talents Program. Jacobio as a rising star in the biopharmaceutical industry, is in a leading position in cancer and infection therapy’s R&D. Besides its own R&D projects, Jacobio is willing to incubate other clinical research groups to advance the development of biopharmaceuticals. Asia has 60% of the population and is the biggest potential market for pharmaceuticals. In the past, Japan was the only pharmaceuticals leader in Asia, but times changes. China has boosted the pace in pharmaceuticals development with government funding and encouraging policies along with progressive improvements in IP(intellectual property)-protection legislation. Meanwhile, the heat of pharma-investing activities has gone up and the pharmaceutical market has been increasing beyond expectations. 90% of the international biopharmaceutical companies have the willingness to enter China or expand the exited business. With giant customer base, domestic biopharmaceutical companies like Betta Pharma and Jacobio with preferred government policies are in advantage in competition. Considering the sophistication of pharmaceuticals, CFDA is as harsh as any other countries’ FDA in reviewing and audition. Hence, though with tremendous potentials, biopharmaceuticals industry is involved in a long-run competition with capital burning and talents’ participation. All investors must be patient enough to realize returns. Recall the 2008 financial crisis, capital chain ruptures caused numerous pharmaceutical startups being merged and bankrupted. Sufficient funding is the guarantee for pharmaceuticals R&D, which is the core driven productive force in any pharmaceutical companies. As capital market cools down in 2018, and the winter might be waiting ahead again for pharmaceutical startups.