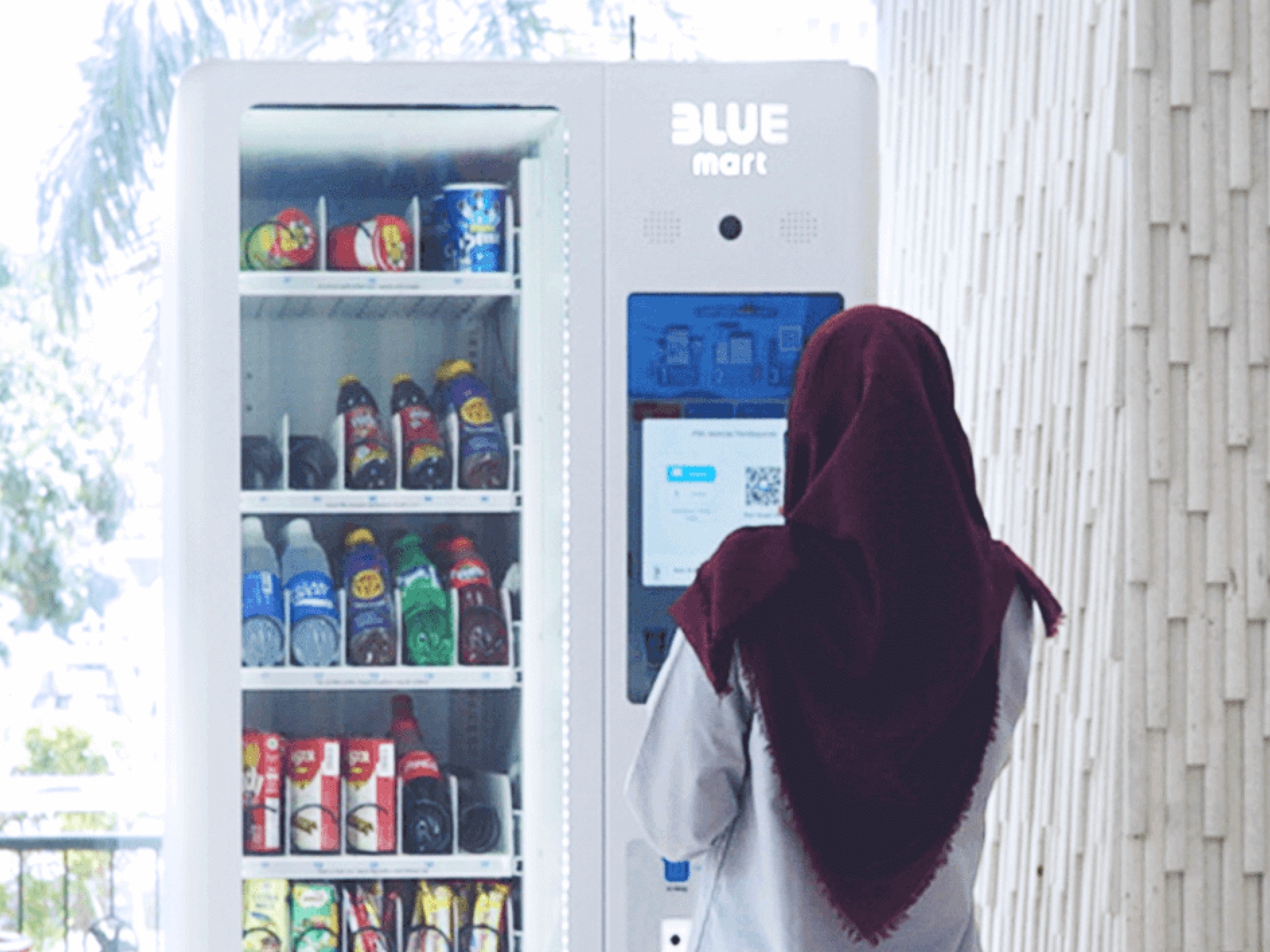 According to 36k, Ant Financial (蚂蚁金服) has led the C Round financing of an Indonesian Vending Machine provider and payment platform, Blue Mobile. Ant Financial aims at consolidating its position amongst South East Asia.

Ant Financial is an Alibaba affiliated Fin-Tech company, and it has already overtaken PayPal in the global number of users. The flagship product Alipay (支付宝) penetrates around 54% of the entire mobile transactions in China and shares its dominance over the Chinese Market with WeChat Pay. In the global arena, however, it has not yet started to influence the markets significantly; neither could manage to overtake several local payment companies and PayPal.

Even at its elbow, in South East Asia, Alipay could not compete with PayPal. According to a PayPal initiated survey; PayPal was cited as the most widely accepted payment method in Singapore (76%), Indonesia (88%) and Philippines (92%) amongst freelancers. At the moment, Alipay’s presence is limited to the markets and specific locations where Chinese citizens and tourists are engaging in financial transactions, such as international airports and touristic regions around the world. However, comparing Alipay with PayPal without considering AntFinancial’s huge network would be a fairly big mistake. Although Alipay has not yet penetrated in overseas markets; Ant Financial is cautiously preparing for the future of mobile payments on a global scale.

In fact, Ant Financial and PayPal follows different global expansion paths. PayPal has been expanding its activity scope by global localizations, whereas Ant Financial chooses to establish partnerships with the prospective local firms. PayPal’s strategy comes with an advantage; by doing so, PayPal uses its strong brand value and catalyze its penetration process. However, PayPal’s strategy comes with a considerable risk too; licensing. Paypal has to apply, obtain and maintain its Payment Licenses in all the countries it is operating at. Licensing is the most significant barrier to entry in Payment Business, and PayPal has already had fairly bad traumas. Ant Financial, on the other hand; partners, invests and cooperates with local companies who already have payment license and existed market in the countries that it is planning to localize into. By doing so, Ant Financial hedges the risk of being suspended or excluded from the market. Blue Mobile is just one of them; Blue Mobile’s BluePay Wallet has acquired the official certificated of Electronic Payment from Bank of Thailand and PCIDSS compliance on March 2017. 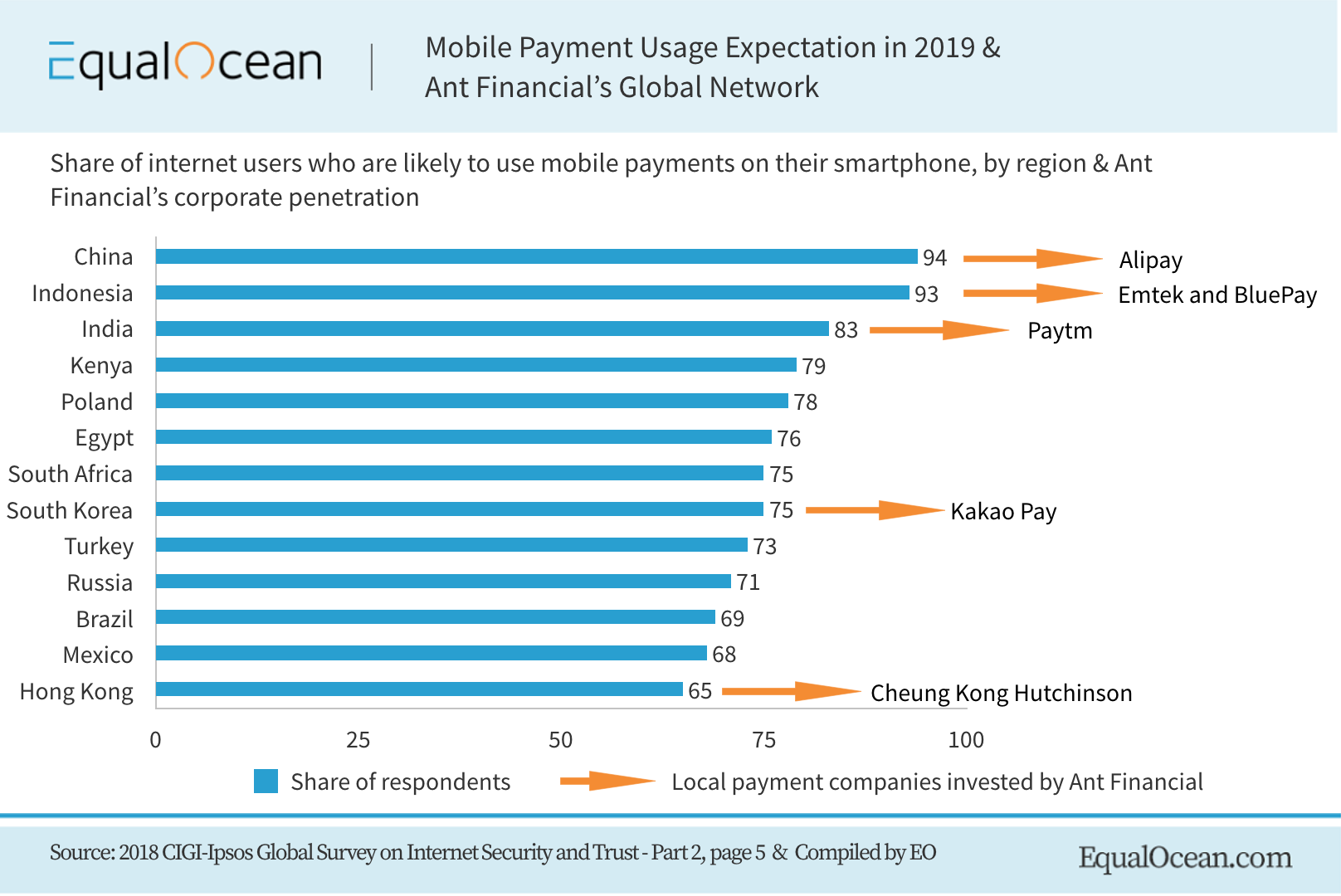 Ant Financial chooses the markets with significant potential and leaning in mobile payments. In Indonesia, where over 100 million people have mobile-internet access, Ant Financial partners with Emtek to provide financial services in Indonesia. In India -an important market for Internet Companies beyond any dispute- Ant Financial has already invested USD 177 million in the online retail unit of Indian tech group, Paytm by having a major stake in the Indian Fin-Tech company. In South Korea, Ant Financial has heavily invested in Kakao Pay, which has around 48 million MAU in South Korea. In Hong Kong, Alipay cooperates with the telecom giant Cheung Kong Hutchison implementing its services in Hong Kong. Besides these, Ant Financial has also expanded its cooperation network by joint ventures in Malaysia, Philippines and Thailand.

Ant Financial’s global expansion strategy is a cunning and strategic one. While it keeps itself low-profile, it has a significant operation in the backstage in the form of joint ventures, investments and cooperations. In the end, “money” is all about acceptance. Broadening the network and securing the regulatory positions via local partners is a secure and careful expansion policy for a Payment company.