Transsion Keeps Surging: Revenue and Profit Grow by Over 75% YoY in 3Q 2020

The African mobile phone leader Transsion's revenue climbed to CNY 25 billion in the first three quarters of 2020 with a y-o-y growth of 48.15%. Both its existing African markets and newly entered regions contributed to the revenue growth. 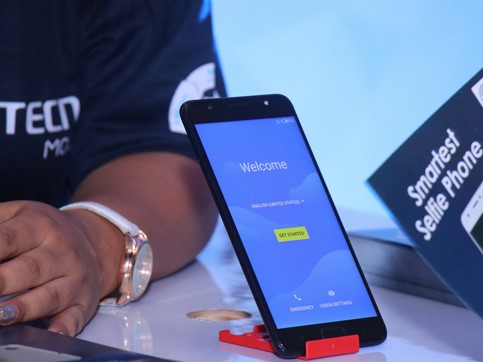 On October 27, 2020, Chinese handset maker Transsion (688036:SH), which is focused on the African and other emerging markets, announced its third-quarter financial results in 2020. Growing by 48.15% year-over-year, the company's revenue reached CNY 25 billion, while the net profit during the first three quarters also increased by 50% year-over-year, amounting to CNY 1.95 billion. Compared to last quarter's around 30% y-o-y growth, Transsion's third-quarter carried its revenue boost further to an impressive around 50% level.

According to the company, the third quarter's revenue growth is majorly brought by the steady growth in African mobile phone and Internet business growth, as well as the sales growth in Transsion's newly entered markets.

Though the pandemic affected the local production and consumption, the corresponding lockdown policies have driven the demand for remote communication devices sharply, and consequently, the mobile phone demand increased. According to IDC, in the African market, Transsion brands (Tecno, Itel, and Infinix) continued to lead the smartphone market in Q3 2020 with a leading unit share. Besides the hardware leadership, Transsion's Internet services also started to take the lead.  The application installation on Transsion's operating system has the highest growth in Africa so far in 2020 according to AppsFlyer. Already high in gross profit margin, at around 25.93%, Transsion's software growth will possibly drive its profitability further.