The new company is called Xiaomi Automobile Co. Ltd., with a registered capital of CNY 10 billion. Lei Jun, founder, chairman and CEO of Xiaomi, serves as the legal representative. 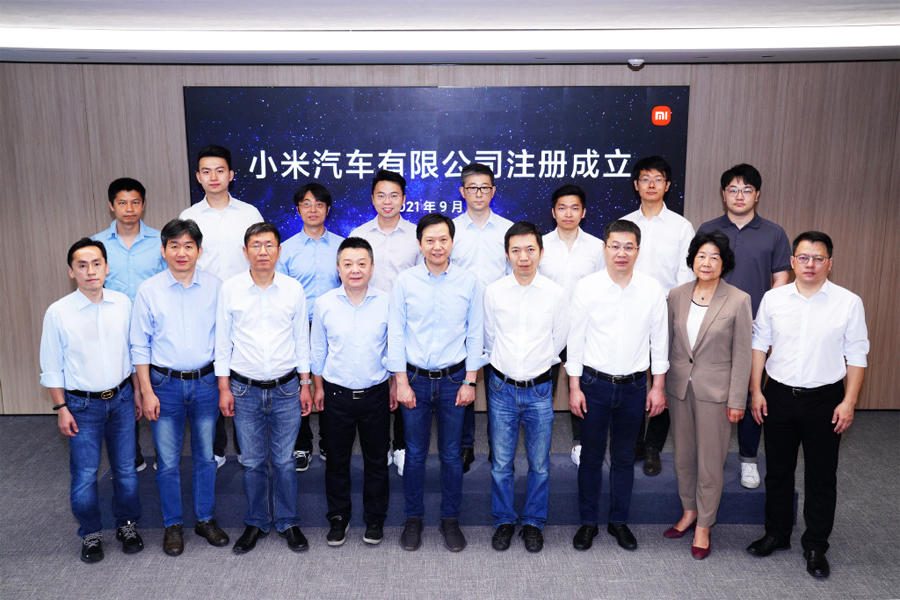 On September 1, via the company's official Weibo account, Xiaomi's spokesman announced the new automobile company's completion of the industrial and commercial registration, with the name of Xiaomi Automobile Co. Ltd.

In addition, the spokesman claimed the new auto company has conducted many user research and industrial chain investigations within five months, screened more than 20,000 resumes, and built a team of nearly 300 people which is still growing.

Lei Jun himself also posted the news of completing the registration on his Weibo account and said: "School starts today for our fellows in Xiaomi Automobile!"

On the afternoon of August 25, to accelerate its manufacturing plan, Xiaomi announced its ambition to acquire DeepMotion, an autonomous driving solution provider, with an intended price of USD 77.37 million (around CNY 500 million).

It is the tech giant's fifth investment in autonomous driving five months after initializing the vehicle manufacturing plan, before this, it invested in ZongMu Technology, Hesai Technology, G-PAL and AIpark.

On July 13, the company launched its recruitment process for talents in autonomous driving, offering monthly salaries ranging from CNY 40,000 to CNY 70,000. In the next two days, it released posted 120 positions covering the whole manufacturing process with the offering of CNY 30,000 to 60,000.

In response to questions, Wang Xiang, the CEO of Xiaomi, also said by the end of 2021, the main task is to recruit team members, stating that the size of the first batch will exceed 500. The company will also increase R & D investment in L-4 automatic driving.

The enterprise's decision to enter automobile manufacturing has been long planned. At the beginning of 2021, Lei Jun conducted 85 industry visits within 75 days, communicated with more than 200 senior experts in the automotive industry, and conducted four internal management seminars and two formal board meetings.

On March 30, 2021, Xiaomi officially announced that it will invest CNY 10 billion in car manufacturing and the total investment will reach nearly CNY 64.70 billion in the future.

Lei Jun exclaimed during the press conference that he would do "the last major entrepreneurship" in the name of his previous achievements and reputation.

At the same time, the location of Xiaomi Automobile's headquarters has triggered competition. Beijing, Shanghai, Wuhan, Hefei, Xi'an, Chengdu and others have joined the 'secret war' for this project. In August, it was reported that the headquarters and the first factory were most likely to be in Beijing, but the news has not been confirmed by the company itself.