Some analysts expect China to sell more than 6 million EVs in 2022. 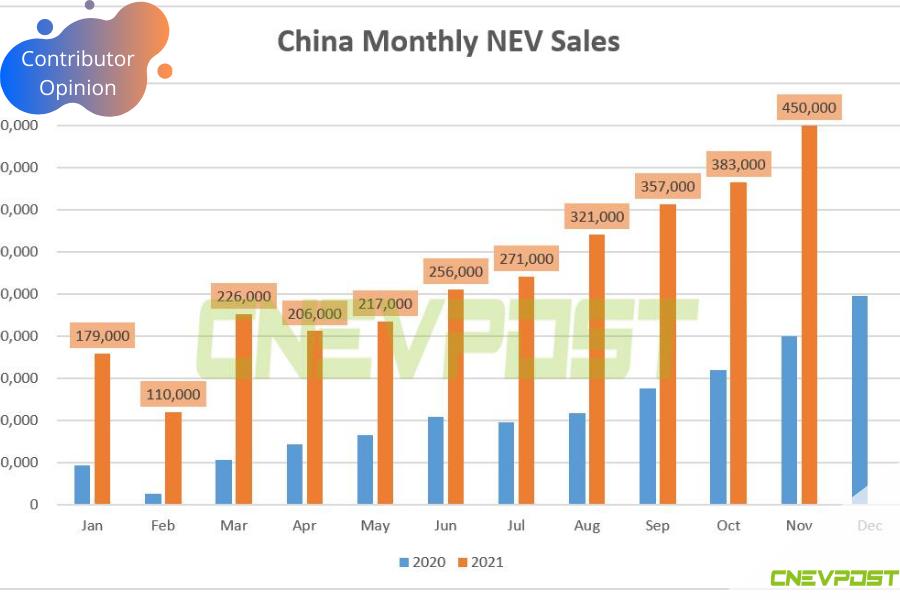 China sold 450,000 New Energy Vehicles (NEVs) in November, up 121.1 percent year-on-year and 17.3 percent from October, according to data released today by the China Association of Automobile Manufacturers (CAAM).

January-November sales of NEVs in China were 2.99 million, up 166.8 percent year-on-year, the data showed.

It's worth noting that the CAAM doesn't specify, but as long as the cars produced by the car companies are sold to dealers, they can be counted as sales, so the figure is the wholesale volume.

The auto industry overcame tight chip supply, a sporadic Covid-19 outbreak and policy and regulatory adjustments, and the overall production and sales situation was slightly better than expected at the beginning of the month, it said.