Meicai connects small and medium-sized farmers to the restaurants of the first tier cities of China. The business model could potentially alleviate the price shocks in final food prices. 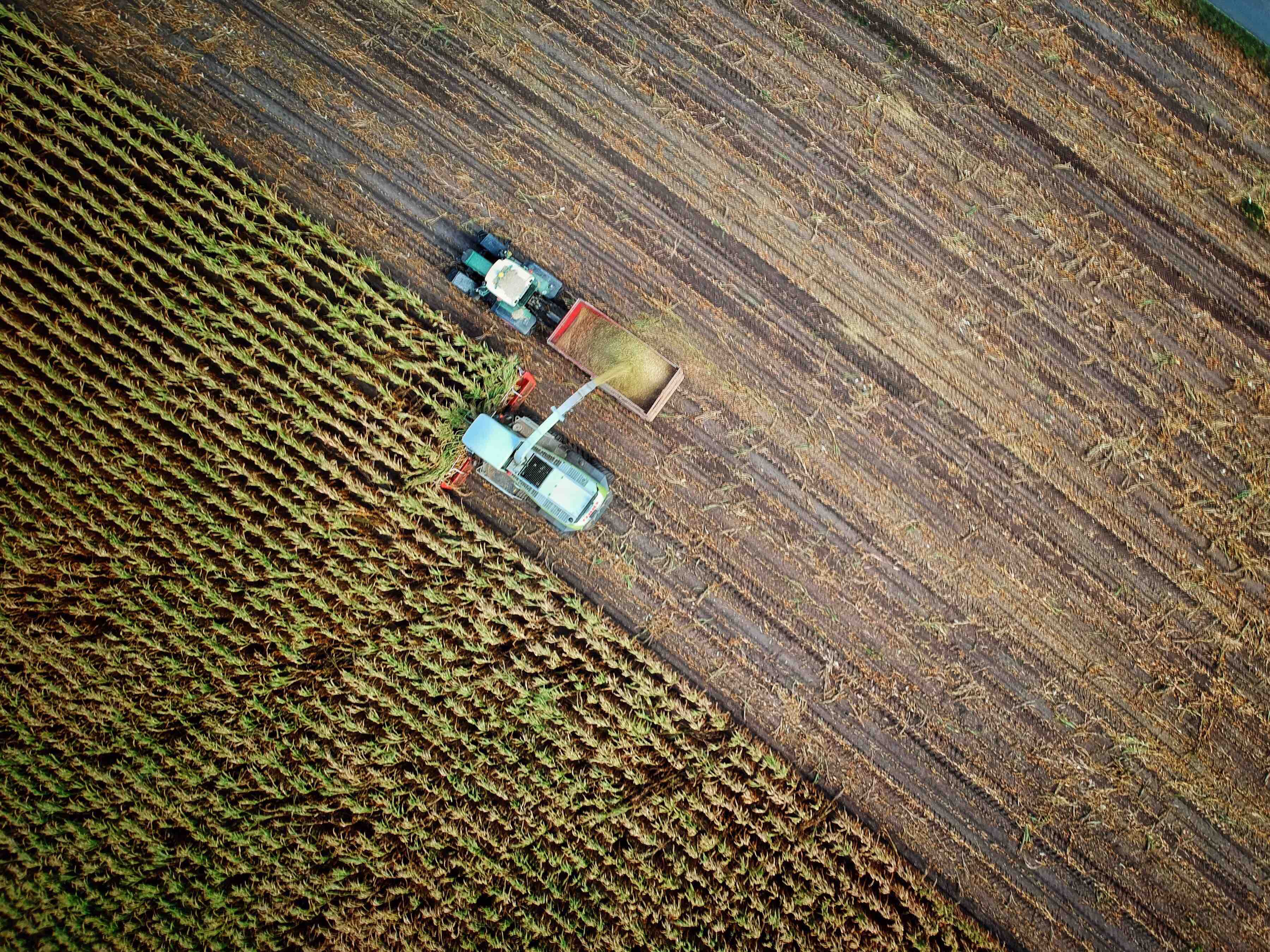 Meicai (美菜), literally beautiful food, is a Chinese fresh food logistics start-up with an impressively prospective business model. The company connects small and medium-sized farmers of the rural areas to the restaurants of the first tier cities of China. As a four years old company, Meicai has already accumulated USD 1.5 billion worth of investment with a USD 2.8 billion estimated value.

Meicai carries out a B2B model; from the farmer to the restaurant, and the model is self-described by Meicai as “two sides, one chain and one platform.”

The fresh food supply chain is rather complicated and multi-layered compared to others; Meicai outsources the logistics of the entire layers of this supply chain and executes within one off-line chain while organizing the orders through its mobile application.

Fresh food logistics dispersion results in a tremendous social loss due to a multi-layered supply chain; Meicai does not, and can not, erase the chain, but it does cut off them into a single chain where all the services from cold storage to transportation outsourced by only one intermediary. 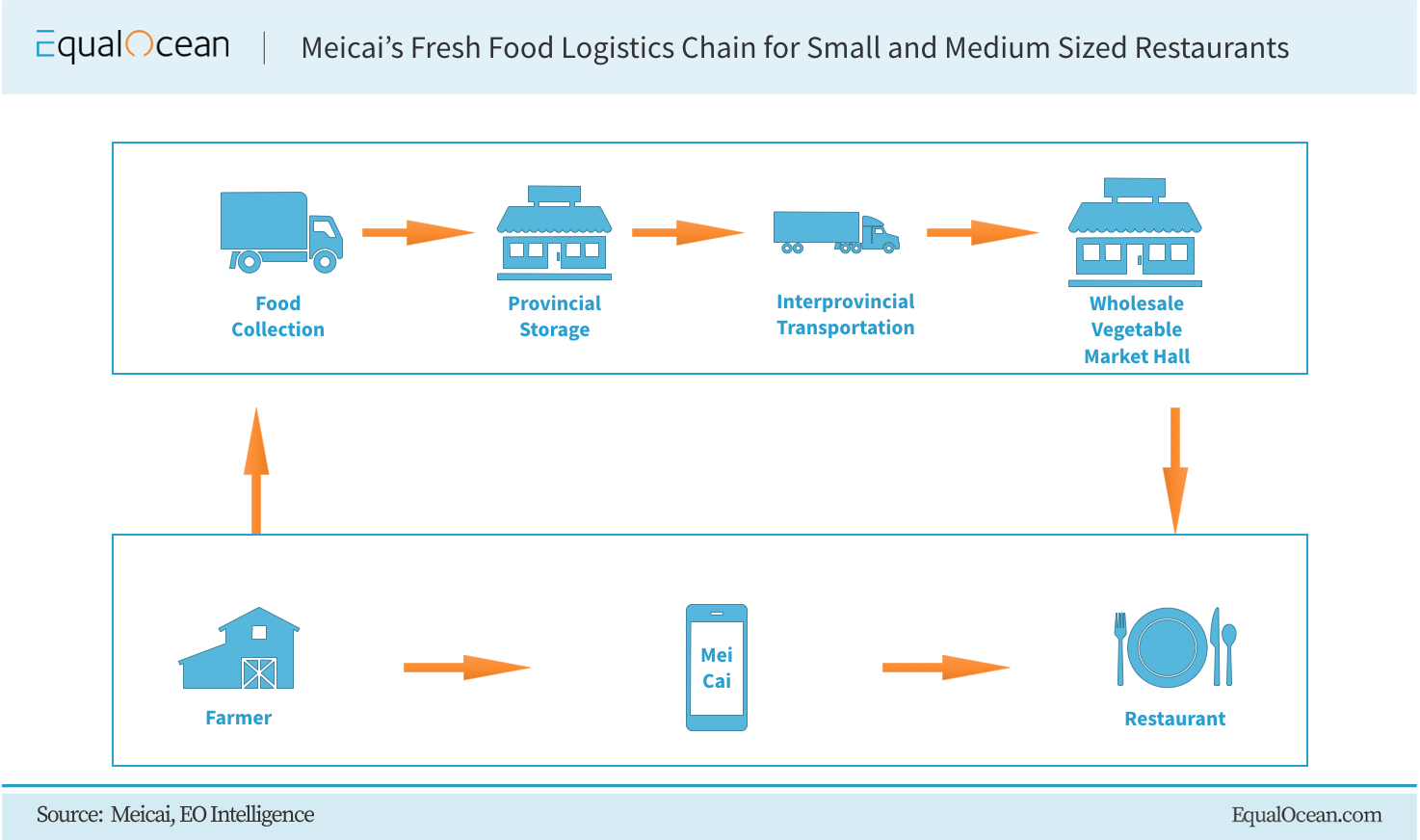 As Meicai’s service network and food circulation capacity grows, its business gets more efficient. While Meicai is cutting the costs of transportation as circulation increases, it operates smarter via accumulated intelligence as orders increase. According to Bloomberg, Meicai served around 100 cities, and its revenues had exceeded CNY 10 billion in 2018.
Intelligent warehouses together with a unified logistical operation constitute Meicai’s unique proposition value as a business. In fact; Meicai’s operations do not require a technical sophistication but require a mature and efficient service network; which brings a barrier to entry for such a business model.
To convince the by-passed traditional intermediaries to integrate its network, Meicai uses financial incentives based on KPI and quantitive target based performance bonuses. Together with these, the company follows a strict military hierarchical system to link its supply chain successfully.

How Meicai’s Model Could Be Implemented in a Price Sensitive Economy?

When calculating the overall inflation, fresh food prices consumer price index  (CPI) generally constitutes 10-15% of the whole basket; and the food prices are affected by several other goods and factors that sometimes can be hard to control by the countries whose food production facilities are dependent on the imported products. Those countries can hardly control their inflation level due to the unexpected fluctuations in their supply prices. Apart from the demand shocks and other price shocks; Meicai’s model could create a buffer zone within the supply chain since it operates the entire supply chain and decides the final price at once. 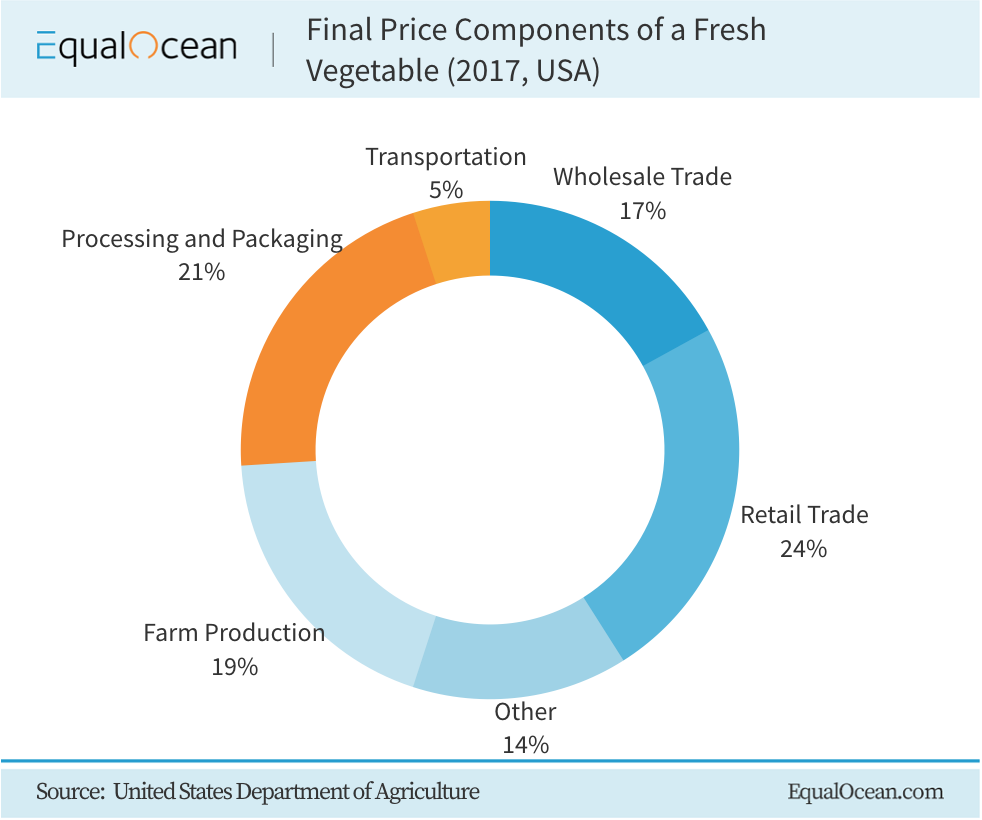 The graph shows the final price components of a fresh vegetable in the USA. The distribution is presumably similar in many other economies. During the process, the fresh vegetable traded at least twice, wholesale and retail, and the trading commissions make up around 40% of the entire price. The final price is highly sensitive to price fluctuations within the chain since it affects the final price directly.

Meicai’s services correspond between 60% to 70% of the last price of a fresh vegetable. Since Meicai outsources the entire facility, the company would compensate for the unexpected price change by adjusting or compromising another section of the chain to keep the final price stable in the short term. In the traditional model, there is no mechanism to prevent a minor price shock within the chain; i.e. traders on the chain buy, add value and sell it to a higher price.

Beijing based Meicai’s business in China has already been growing confidently, but its operational model could also inspire several other countries’ entrepreneurs. However, it is significantly hard to build such an operational frame without a strong financial capacity together with a lively and abundant market to sustain the food circulation within the chain.

From this aspect, it is not an easy operation for anybody to start from the same seed idea and make it as great as it is in China.