A glance at the industry through the prism of the world’s largest unicorn – Ant Technology, formerly known as Ant Financial. 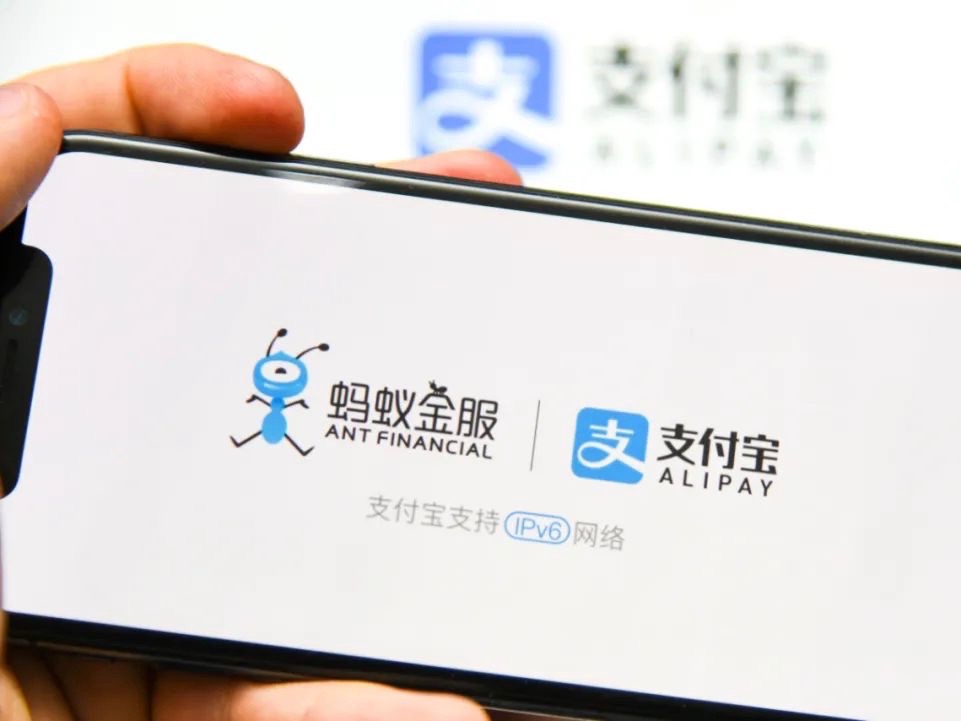 ► Since it was founded in 2014, Ant has been essentially a technology company.
► The technology generalization trend in China’s fintech industry was triggered by the transition from to-C to to-B businesses, the increasing number of areas where AI and big data can be applied and the regulatory incentives.

From now on, the Alibaba-affiliated company will be operating under a new official name – the ‘Ant Technology Group.’

The rebranding consists of two main aspects, technology and globalization, which are two strategies Ant Group outlined in 2018 when it closed the pre-IPO round of funding with USD 14 billion. While it used to be formally linked to Zhejiang, Ant finally got rid of the region in its name – the location of the headquarters – and replaced it with ‘Group.’ Along with the change from ‘Financial’ to ‘Technology,’ Ant has reaffirmed its ambition to go beyond financial services and further expand its business scope globally.

Without any doubt, Ant is already a global enterprise, with a number of offices outside China, including Singapore, the United States and the United Kingdom. Moreover, as of the end of 2019, the users of Alipay had exceeded 1.2 billion worldwide.

In essence, Ant was a technology firm from the very beginning. After focusing on financial services for years, the company finally decided to transform itself from a ‘main street’ financial storefront to a specialized firm creating a supporting technological infrastructure for companies to use.

Xingjun Ni, the new CTO of Ant Technology, was transferred from the technology division and will lead the company towards the advanced-technology direction. As reflected, the revenue contributed by technology is expected to consist of 65% of the total figure next year, the technicians also take up over 63% of the staff.

It is hard to define what kind of companies Alibaba and Ant are, if we simply look at their businesses; but what we do know is that they are technology companies, and they never stop exploring and refining themselves.

A closer look at Ant

As mentioned, Ant has been driven by technology, and that’s how Alipay and other products were formed.

Stepping into a domain with no banks wanting to participate, Alipay successfully monopolized the online payment market and shared half of the offline payment industry through QR code development with WeChat. This March, Ant announced the new slogan for Alipay – digital life open platform – and fully opened to business merchants. In the next three years, Alipay will unite 50,000 service providers to assist more than 40 million merchants on digital transformation.

With several financial licenses held, Ant stated that the technologies are still the main driver, with these being used to better support the financial services industry.

The OceanBase, the new database developed independently by Ant, equipped with a new generation of distributed processing technology, broke the record held by Oracle for 9 years on the Transaction Processing Performance Council (TPC-C) benchmark test, ranked first worldwide last October. This May, the result of the second TPC-C test achieved 12 times advancement compared to last year, defending its leading position and marking a large step for domestic database development. Currently, OceanBase has been commercializing in the financial field, transportation, railway and communication industries.

This is exactly what Ant wanted to do – stepping out of financial to better serve and support society through unwavering research in technology.

Another star development track from Ant is blockchain. Through 2017 to 2019, the company ranked first globally on blockchain-related patent applications, with the number of 1,005 in 2019 exceeding the sum total of No.2 by 4, and reached 1505 as April 17. The blockchain business has also been utilized in multiple fields, especially financial services. 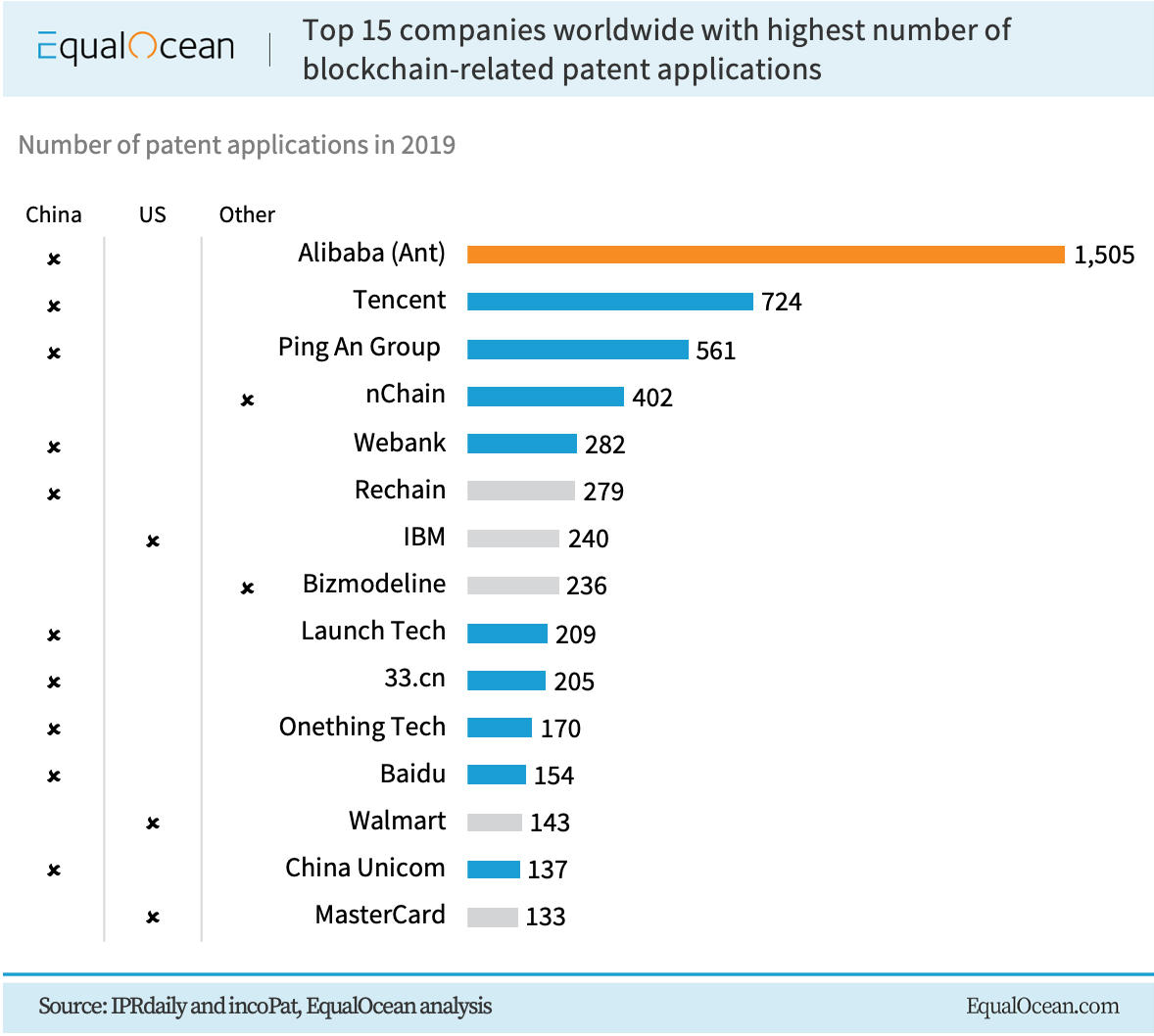 In the future, Ant expects to unite the entire financial industry with banks, securities companies, and insurance companies, to form a better financial environment and provide a well-rounded digital life platform for the public.

The technology and public empowered the Ant, promoting the company to persist in innovation and development. The demands come from the public; the solutions come from technology. In the process of promoting social development, finance and technology always serve as important forces, which now becomes the mission for Fintech companies.

Ripping the ‘Financial’ label off has become a group activity for the fintech industry. After ‘JD Financial’ renamed itself ‘JD Digital’ in 2018, Baidu adjusted its Internet finance business and retitled ‘Baidu Financial’ as ‘Du Xiaoman’ in the same year. Xiaomi also rebranded the ‘Xiaomi Payment’ to ‘Xiaomi Digital Technology’ in 2019.

Two main reasons may suffice to explain this.

On the one hand, for large technology companies like Ant, they want to go beyond finance. The market provided by retail customers has been fully discovered – therefore, companies have started to explore the to-B market, which requires more advanced technologies.

Also, some other intermediate business areas between financial institutions and customers have evolved, such as blockchain, which can help companies to provide better financial services based on increasing and more complex demands from clients. Ant, as a representative company, detected this opportunity and quickly transformed itself from a direct financial services provider to a technology provider to help financial institutions offer comprehensive services.

What is more, large technology companies, like Alibaba, Tencent, Baidu and JD, have the core competitiveness on big data. Maturing technologies such as AI and big data nowadays can be applied in many fields outside financial services, which significantly changes the client scope as well.

Moreover, backed by Alibaba, Ant’s name-change, similar to a crowd of tech companies who are also supported by large business empires, reflects the parent company’s ambition in expansion.

On the other side, this is the only option for smaller companies. Finance, as known as a ‘restricted field’ requires multiple types of licenses in different business lines. Future developments will be limited if they only focus on financial services since none of them can acquire all the licenses. Stepping out of this scope is always a positive change for companies.

This trend brings inspiration for some traditional banks as well, especially the ones that have established fintech subsidiaries, whose business and services are originally derived from pure finance with limited precipitation technology. Digital generalization, to some extent, might be a way to break out in this increasingly fierce technology competition.

Whether the reasons for renaming are based on eliminating the supervision from governments or expanding business scope, companies’ core business models haven’t changed too much, with the focus still largely on financial services. What has changed is the way they help the financial services industry better serve the public. Therefore, companies should utilize the tech advantages to improve the entire level of financial service abilities in better promoting the industry’s development.

After all, financial services nowadays are nothing without technology.