Expanding amid economic downturn, Huazhu could be poised for long-term growth. 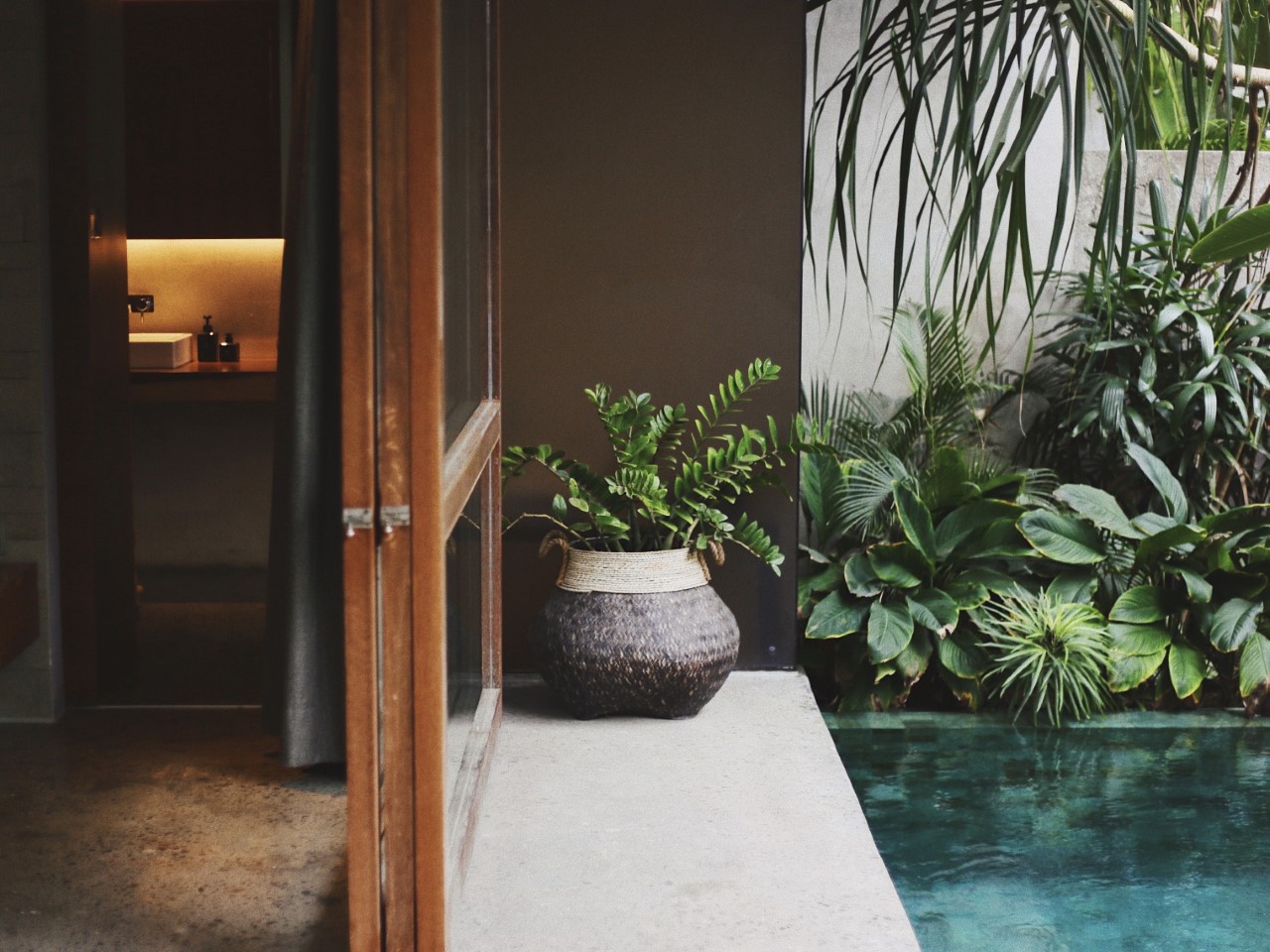 With economy hotels as a solid base, Huazhu uses midscale and upscale hotels to increase value, and this business model has been quite successful: Huazhu managed to be ranked as the number one management company by the US magazine HOTELS. The P/E ratio of Huazhu is 39.18x – even at its lowest point compared to the past twelve months, and still one of the highest in the lodging industry. The lodging group’s shift from leased and operated hotels to ‘manachised’(franchised-and-managed) is known as an asset-light strategy that passes over part of the operating risks to franchisees, and further increases business flexibility and scale. An asset-light strategy combined with increasing midscale customers formed Huazhu’s strategy for transformation after 2017: Huazhu has increased the percentages of both midscale hotels and manachised hotels in recent years.

According to the Hong Kong Economic Daily, Huazhu intends to return to Hong Kong for a secondary listing. Huazhu declined to comment on this. Following this news, Huazhu stock rose sharply for two days.

Huazhu’s action is reasonable, especially after the scandal of Luckin Coffee, as the Securities and Exchange Commission (SEC) is looking for tightening regulatory standards for Chinese companies. With different accounting methods in these two countries and the higher required transparency combined with US investors’ sensitivity towards China stocks, returning back to China may be a wise choice for Huazhu and better contribute to the company’s long-term growth.

In a hotel list ranked by HOTELS magazine, three of the Chinese hotel groups managed to be on the list – Jin Jiang International Holdings Co. (SHA: 600754), Huazhu Group and BYG Hotels (SHA: 600258) were ranked 2nd, 7th and 8th respectively. These three companies have also been the hotel giants in China, taking more than half of the overall market share.

"Huazhu's various expenses are optimal, even half less than that of Jinjiang... at the same time, the growth rate of Huazhu's new hotels is much higher than others," according to a retail investor on Xueqiu.com, the Chinese answer to Fool xueqiu.com.

Jin Jiang and Huazhu have been competing closely in recent years, with Huazhu already had 5,838 hotels open and Jin Jiang 8,647, as of April 2020. In addition, the overall hotel market will be tougher and tougher for smaller players, as giant companies can enjoy the low-cost benefits derived from the economy of scale. OTA (online travel agency) like Trip.com (NASDAQ: TCOM), eLong (HK: 0780) has become popular since 2010 and platforms are cannibalizing the traveling market, with over 50% growth rate that year, while maintaining a rate of 45% on average until 2016.  Big companies like Huazhu and Jin Jiang have the edge of using their own apps like Huazhuhui (华住会 Huazhu’s booking app) to save their costs in commission fees from third parties and also to develop a stickier customer base. Even though Huazhu has hotels on OTA like every other brand, Qi Ji has been emphasized the balance between OTA and hotels since he started working in the hotel industry. For example, in 3Q18, Huazhu had more than 86% of its orders as direct orders coming from its own platform, with about 76% from its premium members.

There is also a commonly seen competitive upside for Huazhu in its competition with platforms such as Airbnb and Tujia (途家). However, during the COVID-19 pandemic, we see that people are more risk-averse toward homestays due to health and privacy concerns. While there is still significant demand for essential travels and recovering demand for leisure travels, people are placing higher preference on credible hotel chains such as Huazhu rather than a homestay.

With Deutsche Hospitality (a German hotel company that Huazhu acquired in 2019), Huazhu 2020 Q1 revenue smashed more than 32% compared to last year, since the hotel sector missed the upside of the market cycle of hot traveling season like Chinese Spring Festival. However, such performance is still better than Jing Jiang, with more than a 34% decrease in revenue.

Qi Ji has written in an internal letter that he believes in China, the prevention and control towards the domestic epidemic will become normalized, meaning a strong V shape recovery curve for hotels will not likely happen. The hotel industry will show a relatively slow recovery trend, and the recovery process will also lengthen.

For now, Huazhu is recovering at a faster pace compared to its peers, reporting an opening rate of 100% and an occupancy rate of 70%. The management team said the hardest time had already passed, and it was looking to bring occupancy back to more than 85% and RevPAR back to last year’s level.

Huazhu experienced a countercyclical expansion despite the impact of COVID-19. It increased more than 290 manachised companies with low costs. This further helps the firm to lay out a long-term plan when everyone felt the pressure.

EO expects more consolidation in the hotel market after the pandemic as smaller hotels will get crushed out. In addition, Huazhu’s countercyclical expansion has shown signs since 2017, with RevPAR growth of midscale and upscale going down to -4.7% in 4Q19 as the overall hotel market is challenged. Huazhu constantly increased the hotel list it has to compete with other giant companies while maintaining a constant profit growth before 2020.

It is still worth noting that the ADR of Huazhu and the overall hotel market are low at this time. The traveling volume during May holiday only recovered to 50% of last year, even with the restrictions lifted. With unforeseeable near term post-COVID development, it will be hard to give a certain forecast of the future ADR of the industry. 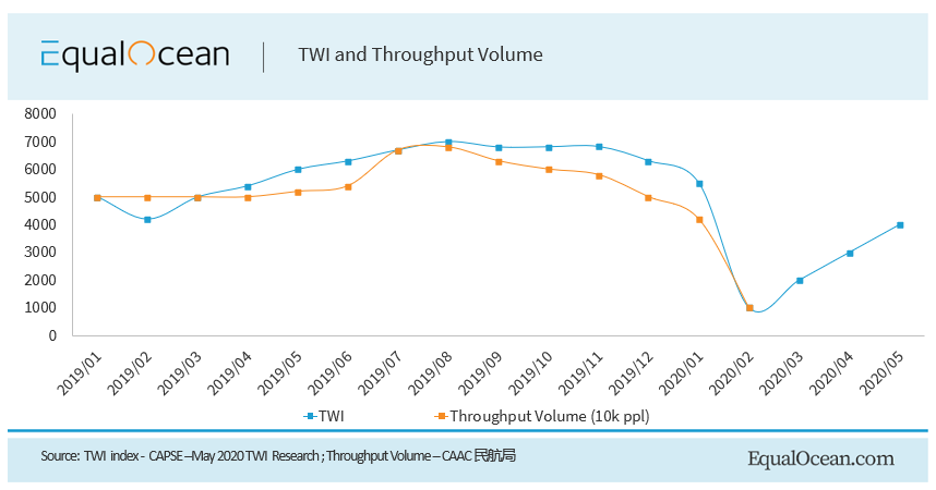 Huazhu has achieved the highest net profit margin in the Chinese hotel market by consistently having the lowest cost, providing products with good quality and an edge, and its high investment in the development of the technology department. For example, in 2019, Jin Jiang, Huazhu and BYG had revenues of 15 billion CNY, 7.7 billion CNY and 8.3 billion CNY respectively, yet their corresponding net profit are 892 million CNY, 1761 million CNY and 885 million CNY. Operation efficiency is a key in Huazhu’s cost-saving strategy. A good example of this is Huazhu Mall (华住易购), its internal hotel procurement platform, which leveraged its bargaining power to provide its franchised and manachised hotels with low-cost supplies.

Quality is also a factor that drives up Huazhu’s margin. The online comments have shown that for business traveling, most people would prefer Hanting and Crystal Orange Hotel to other brands under other big companies. Huazhu managed to do so by constantly renovating its hotels to increase the quality of interior designs. The rationale behind investing in the renovation of rooms is to optimize the space function, thus driving up the margin by providing services and rooms with an edge. With this strategy, Huazhu is able to increase per room price and a loyal customer base, which are two of the most crucial elements for a hotel’s success.

Also, besides online platforms like Huazhu Mall for the supply chain, the automated experience is also a key to Huazhu’s margin preservation. Clients will be able to complete a contactless living experience: after booking in huazhuhui App, the clients can swipe the ID card at its self-service app huazhanggui (华掌柜自助机) to complete the check-in. The delivery during the stay will be completed by the robot, and the client’s check-out at huazhanggui to quickly complete the rental cancellation. This automated process has led to an especially huge success in the COVID-19 period, helping Huazhu to have a 74% occupancy rate while others have 47% on average.

Aggressive international expansion since 2019, but yet to realize the synergies

Huazhu started aggressive oversea hotel expansion in response to the saturating domestic hotel market and increasing foreign travels in China. Qi Ji also said since 2010 that he wanted to build the world’s best hotel group in his lifetime.

In 2019, Huazhu opened its first overseas leased-and-operated hotel in Singapore. Immediately after, it acquired Deutsche Hospitality, the largest hotel group in Germany, with more than 118 hotels under 5 brands in 19 countries across Europe and the Middle East.

However, this acquisition comes with potential risks. First, uncertainties surrounding traveling restrictions during COVID can be harmful to DH. Also, the slower economic growth in Europe is hampering DH’s growth and resulting in less RevPAR compared to Huazhu China.

In Asia, Huazhu plans to enter the Japanese market in 2020 to capitalize on increasing Chinese tourists in Japan. So far, it has partnered with Valuable Capital to set up a $100 million fund for its hotel acquisitions in Japan.

It is common for hotel companies to expnd management ability to take in long-term apartments, and Huazhu is no exception. Its investments in both CJIA and China Young Professional Apartment (CYPA) show its increasing appetite for new verticals.

Huazhu’s logic behind this investment is its solid belief of increasing demand for long-term rental apartments, especially among young white-collars in first-tier cities. The traditional rental market gives them many pain points, such as low qualities and bad services, and the long-term apartments are meant to solve these problems.

On the risk side, competition is heated in this space – several large players are already in the field. The ability to penetrate lower-tier cities also could be a challenge waiting for Huazhu. Finally, the services and products will be the critical factors that support the platform’s sustainable development over the years.