The short-term and long-term interest conflict is intensified in Huami's case due to Xiaomi's deep involvement. As the global smartwatch market grew by a staggering 10%, will the Huami thrive under this trend? 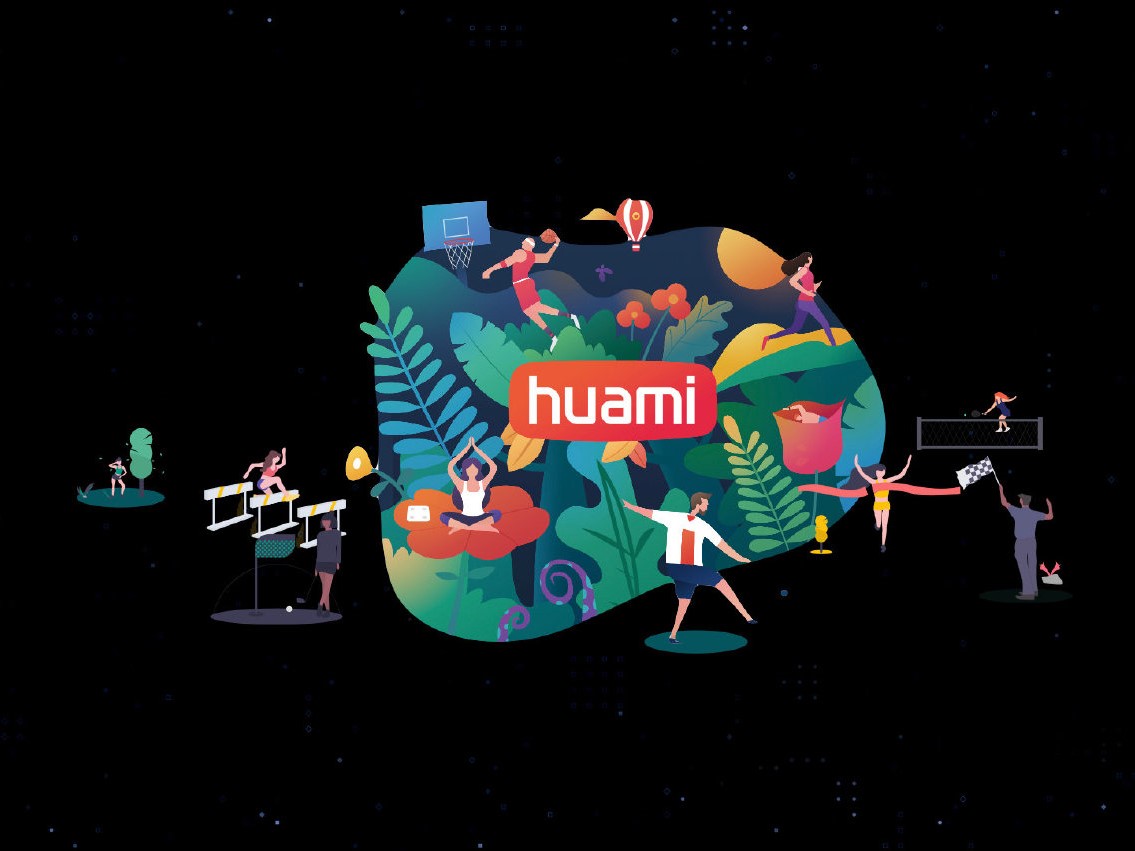 ► Huami's financials present a high return and growth rates, outrunning its major competitors.
► Thanks to the strategic cooperation with Xiaomi, the company's sales expense ratio is 20% lower than that of Fitbit, which makes some room for technology improvements.
► Though suffering from negative profit, Fitbit still is a major threat to Huami, especially after the acquisition by Google.
► Relatively high price efficiency is a feature that Huami tries to stick with to win more market share.

We previously discussed Huami's cooperation model, revenue structure and competition landscape; the following will assess the company by its financial performance.

As the youngest public company that specializes in wearable technologies, Huami is currently enjoying the primary high growth phase. In this phase, it is normal for  company managers and investors to be overly encouraged by the growth rate that is driven by filling the market blank. Thus, it is essential to dig into whether the return of invested capital (debt and equity) is at a promising level.

The first purpose is to determine whether the upfront investment for the future development is controlled – remaining under a manageable level that won't cause the company any cash flow problems. For growth-stage companies it is sometimes reasonable to have negative net income, but the profit growth has to surpass the sales growth in following periods, which indicates a rational sales growth. Second, for Huami, a public company, the return on investment is one of the key indicators that could draw further investment. 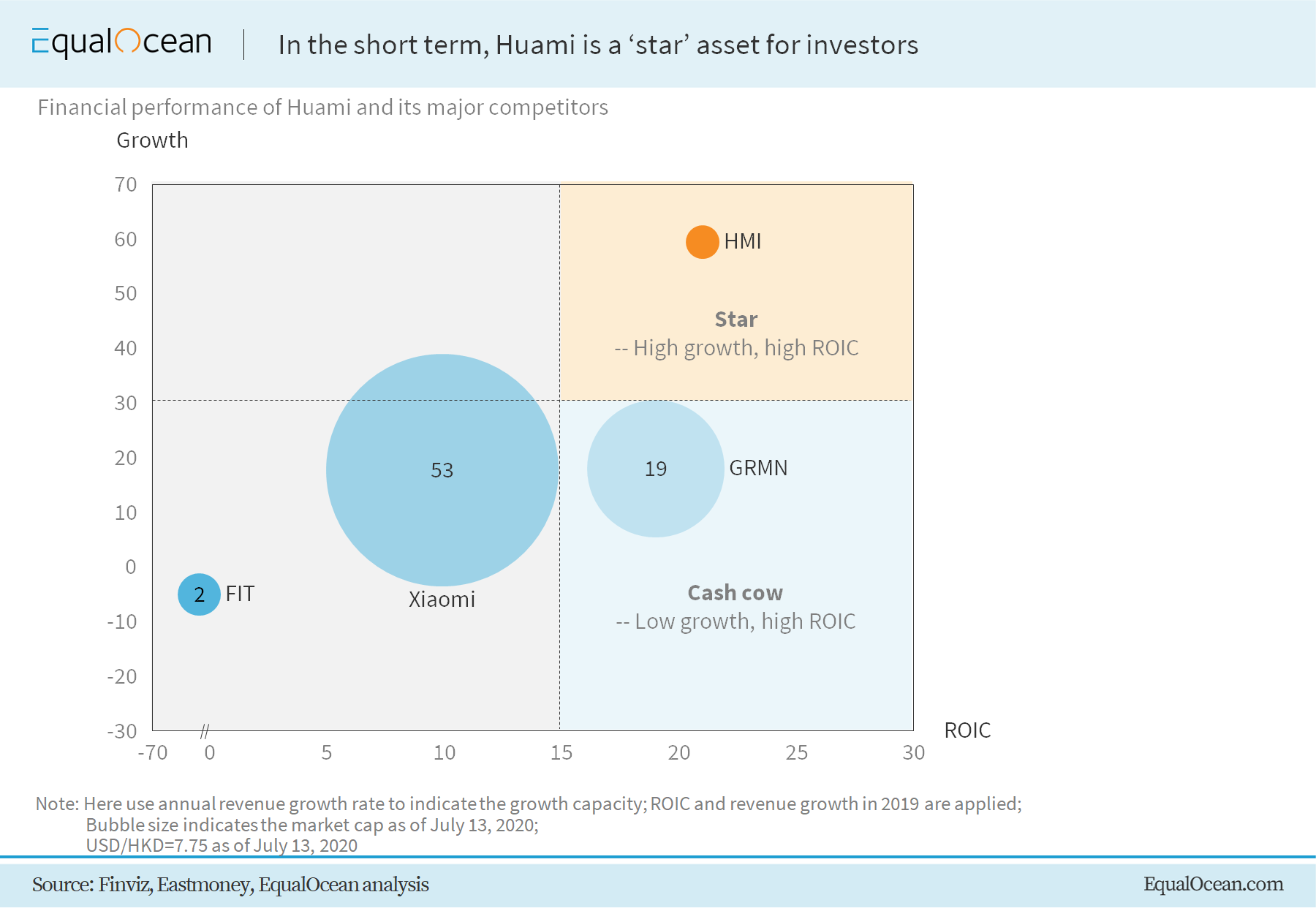 As described in the first part of our Huami analysis, wearable products from Fitbit (FIT:NYSE), Garmin (GRMN:NASDAQ) and Xiaomi (01810:HKEX) are the major competitors of Huami's star product Amazfit smartwatch. Along the scientific instruments vertical, Huami outplays as a star asset for investors, with a 59.44% annual growth rate and a 21% return on invested capital.

Garmin, which has a long history in the professional sports assistive technology, has a close ROIC to Huami at 18%. However Garmin, founded in 1989, with established reputation and public recognition, is no longer in the phase of high growth. The revenue growth of Garmin in 2019 was 12%, nearly five times less than Huami's growth rate. Huami in comparison is an asset with a higher risk, higher growth potential and so-far-so-good investment return.

Fitbit, as Huami's most direct competitor,  has been undergoing operating losses since 2016, two years after Huami and Xiaomi co-released the first generation of  wristbands entirely made in China, and other smart wearable products flooding into the market. Fitbit's high pricing and limited operation capacity was to blame for the negative profit. As Google (GOOGL:NASDAQ) initiated a USD 2.1 billion acquisition of Fitbit, the company will still be a big threat to Huami in the future, especially when getting Google's empowerment on a more efficient design and sales management. 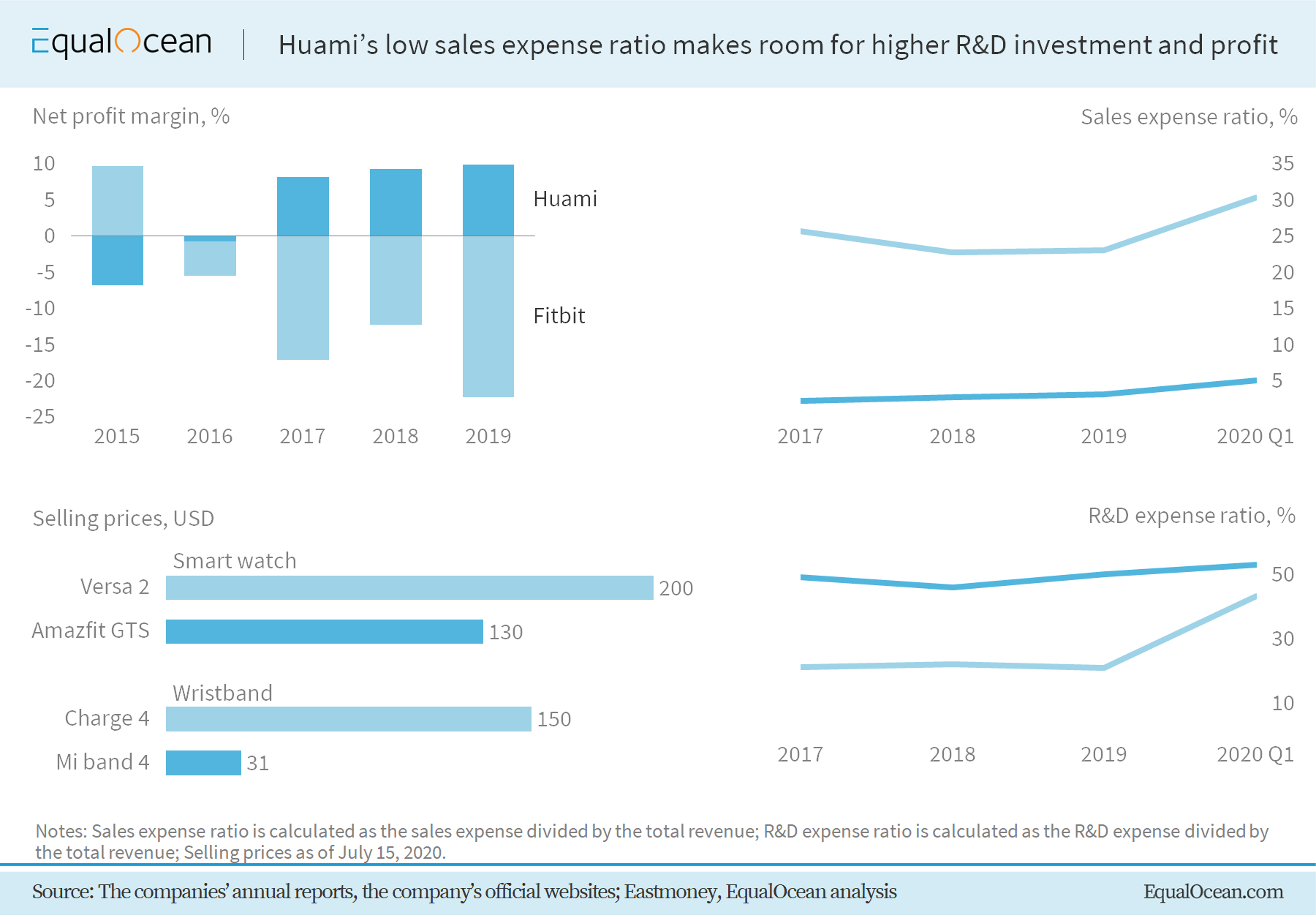 As introduced in the first part, under the strategic cooperation with Xiaomi, Huami's cost does not include sales and distribution costs, even for the company's self-branded products. And that supports one of Huami's biggest advantages: a competitively low expense ratio, especially the sales expense ratio. With Xiaomi shouldering the cost of marketing and sales, where it has a comparative advantage, Huami could enjoy a more adequate budget for market research and product development.

Though a large proportion of expenses are saved, Huami – as a follower of Xiaomi's business model – did not set a high profit margin. As its counterpart, Garmin gained a 25% profit margin (Fitbit has a negative one, so no reference value here), Huami has been maintaining a conservative level at around 7% since it started profiting in 2017. By deliberately staying low in profit margin, Huami could be better positioned as a price efficient technology-driven company focusing on the healthcare track, which will be introduced in detail in the following chapter.