AutoX: Eyes on the Stars, Feet on the Ground

EqualOcean held an exclusive interview with Prof. Jianxiong Xiao, the Founder and CEO of AutoX – a China and US co-based L4 AV startup. In the interview, Prof. Xiao shared the company’s current status and his opinions on the AV industry. 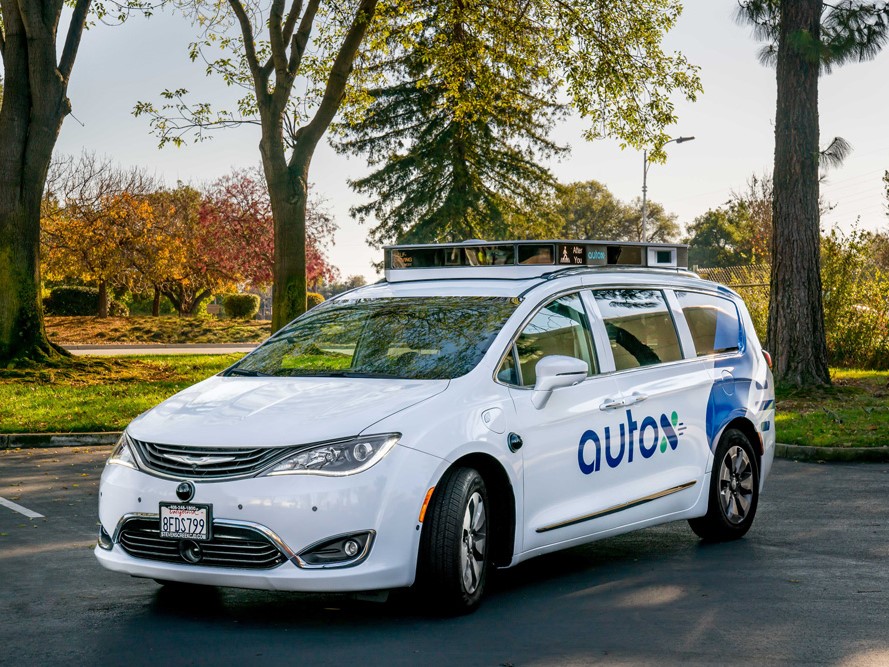 ► Founded in 2016, AutoX, the AV startup is determined to bring a universal L4 autonomous driving solution to all kinds of vehicles.

► Founded by Computer Vision expert Xiao Jianxiong, the company adopted a camera-only approach to realize L4 autonomous driving. It then moved to a sensor fusion approach that involves Lidars and radars to achieve better performance.

► Its strong technology background earned recognition from authorities and investors, including Alibaba, SAIC and Dongfeng Motor.  It intends to retain its leading position by using a differentiated business model and will contribute to related regulations in China.

► Autonomous driving is a burgeoning market that OEMs, startups, Internet giants are all putting efforts. M&As are heating as big names are ramping up to get right to the front of the queue. Those who are still struggling to prove their ability to commercialize will find the ecosystem dangerous in the coming years.

Founded in 2016, AutoX is one of the earliest players in the autonomous vehicle (AV) industry to declare its determination to develop Level-4 (L4) autonomous driving solutions for all types of vehicles. As of now, the company has secured road testing licenses in five cities in both China and the US. It has also partnered with the Chinese mobility platform, Amap, to launch a Robotaxi trail operation in Shanghai, China. Meanwhile, the company has nabbed nearly USD 200 million from Chinese Internet giant Alibaba, top OEMs SAIC and Dongfeng Motor, among others.

Safety is the first priority

Founded by Prof. Xiao, who received his Ph.D. in CV from MIT and funded a Computer Vision and Robotics Laboratory at Princeton University, AutoX once tried to realize L4 autonomous driving with only cameras. For self-driving vehicles, the cost of Lidar takes up a great proportion of its total costs. Cameras, on the other hand, are much cheaper sensors, which, combined with artificial intelligence (AI), can also sense their surroundings. Driving a vision of democratizing autonomy, it explains that the company is trying to realize autonomy with a cheaper solution.

Actually, AutoX is not the only camera loyalist out there. Tesla, too, eschewed, including any Lidar in its Autopilot solution. The company released a Full Self-Driving (FSD) chip in April 2019 with a hardware set that only includes cameras, radars and ultrasonic sensors. While Tesla claims the FSD chip can achieve the same effect as Lidar, the debut of its L4 autonomous vehicle has been delayed again and again.

In fact, with safety as the essential prerequisite for automated driving, the vehicle should be able to have accurate perception under all conditions. Lidar can accurately measure the relative distance between the contour edges of objects with an accuracy down to the centimeter. The AV technology is far from mature and it would be clearly impractical to abandon Lidar now. 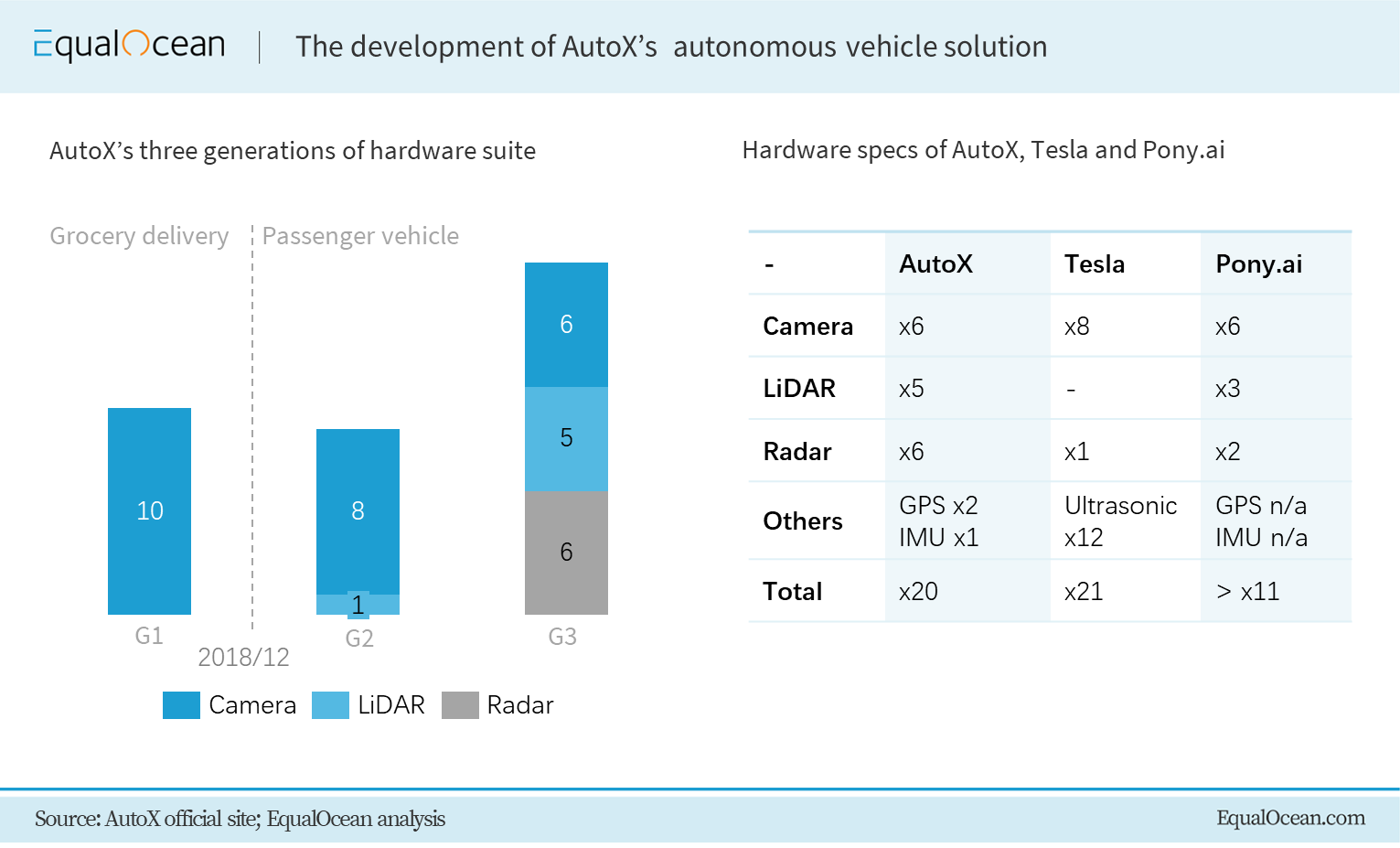 To achieve a safer and faster deployment, AutoX also compromised by adding other sensors like Lidar and Radar to its solutions without diminishing the importance of the cameras – for they are still a vital part of helping the AV 'see' the surroundings in a way Lidar can't.

But without the cost advantage the camera brings, what's next for AutoX in its quest to set itself apart?

It's all about picking the right direction on this long, long road

Prof. Xiao's answer is to let the professionals do the professional parts. AutoX positions itself as a technology platform focused on developing a set of L4 self-driving solutions for all kinds of vehicles. It will license its solution to OEMs, mobility operators and logistic companies rather than operate fleets.

The greatest merit for expanding laterally is that it helps the company focus on what really matters. In the whole industrial chain of the autonomous vehicle business, there's no easy element. With limited ability and energy, it's wiser to stick to one core part that can benefit more industrial parts. Plus, implementing the solution in as many vehicles as possible will also help it cope better with different road conditions, which will improve the technology in the future.

Another strength AutoX means to keep is its first-mover advantage. Founded in 2016, AutoX was one of the earliest players in the AV industry. According to Prof. Xiao, the company's autonomous vehicle is technically ready now – but not in many other ways.

For a start, the policy is one of the greatest obstacles. On the one hand, China has strict regulations on the areas allowing AVs to test run. That significantly limited the vehicles' chance to learn a more complex road condition. As a matter of fact, among all the cities in China, only Shenzhen allows AVs to test in the CBD area. Another thing is there are still many blanks on the regulation book about Robotaxi operations, such as on accident liability and traffic laws. The immature regulation is stopping AV companies from moving to the next step. It's worse for early players because, without moving forward, the laggards may catch up soon. "That's why we have to do our pilot operation, even though it doesn't help much and costs a lot," explained Prof. Xiao.

It's both fortunate and unfortunate as a Chinese AV startup

In the US, Google started its autonomous driving project in 2009, Cruise in 2013, Ford in 2013; In China, however, Baidu started in 2015, DiDi in 2016 – generally, the US giant companies entered the business much earlier than Chinese ones. This makes China's overall AV technology and regulation lag behind that of the US.

However, on the other hand, it allows Chinese startups to start at the same point as the giants and to develop AV technology with greater focus. Besides, China has the largest market share in both mobility and freight industries, where AVs can make a significant impact. According to a simulation done by UBS Evidence Labs on a Robotaxi fleet in New York, the global Robotaxi market size could exceed USD 2 trillion by 2030, while the Chinese market for Robotaxi is estimated to exceed USD 50 billion by 2023.

Nevertheless, faced with such a luring prospect, how long before Chinese giants genuinely wake up? In our opinion, very soon. As we analyzed before, pure-tech companies in the area have technology solutions but are struggling to step into the growth/mature stage. Plus, as massive – in terms of scope, size or capacity – L4 AV deployments are at least four to six years ahead, a ticket to rise on the Internet giants' boat is not a bad exit.

For AutoX, backed by Chinese Internet giant Alibaba and top OEMs SAIC and Dongfeng Motor, it can also be considered as an additional option. Chinese companies have advantages over global peers in terms of government support, their knowledge and understanding of customers and partnerships both upstream and downstream. Small-scale robotaxi services remain a key progress milestone for them but the future mass-produced services are looking uncertain at the current stage.  A reliable and proprietary technology is always the best bargaining chip – but finding viable additional business opportunities is harder.