Beike has officially submitted its prospectus, with released financials. There are more multiple perspectives worth taking a closer look at. 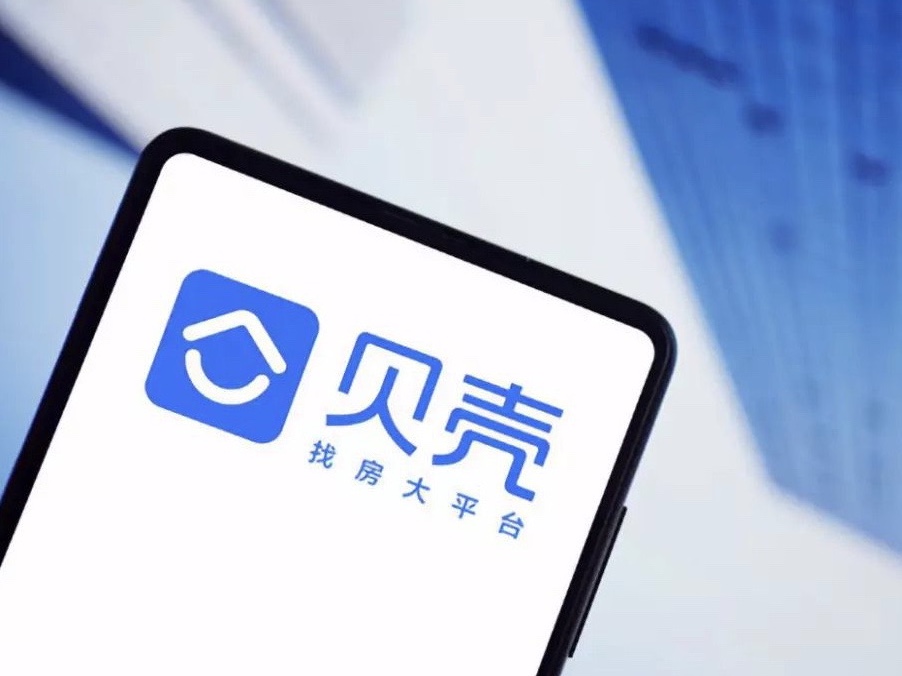 On the evening of July 24, Beike formally submitted its prospectus to the US SEC, intending to be listed on the New York Stock Exchange with the stock code ‘BEKE.’ In the previous article, EO discussed Beike's business model in general. With more data available on its financials, EO wants to take a closer look at the company from some new angles.

According to the prospectus, one of Beike's most prominent investors is Tencent. As Beike's IPO brought close attention in the capital market, Alibaba can no longer stay quiet. Obviously, it does not want to lose the trillion-CNY real estate transaction market.

The competition between Alibaba and Tencent has been going on for a long time. As the two biggest tech giants in China, they compete in every track, leading the way for 904 million netizens to communicate, shop, travel, entertain, and even see a doctor. This time, Beike's big influence is bringing Tencent to the stage, which makes Alibaba bring out its fastest response – entering strategic cooperation with E-House, the first company that made an integrated online RE platform come true.

According to E-House's announcement, Alibaba further increased its holdings of E-House shares to 8.32% by participating in the E-House share placement and subscribing for convertible notes. At the same time, the two parties also signed an equivalent stock subscription agreement. If Alibaba converts shares, it will hold approximately 13.26% of E-House's shares, making it the second-largest shareholder of E-House. Alibaba's entry to the real estate market has brought uncertainty to Beike's business, especially for new residential sales. 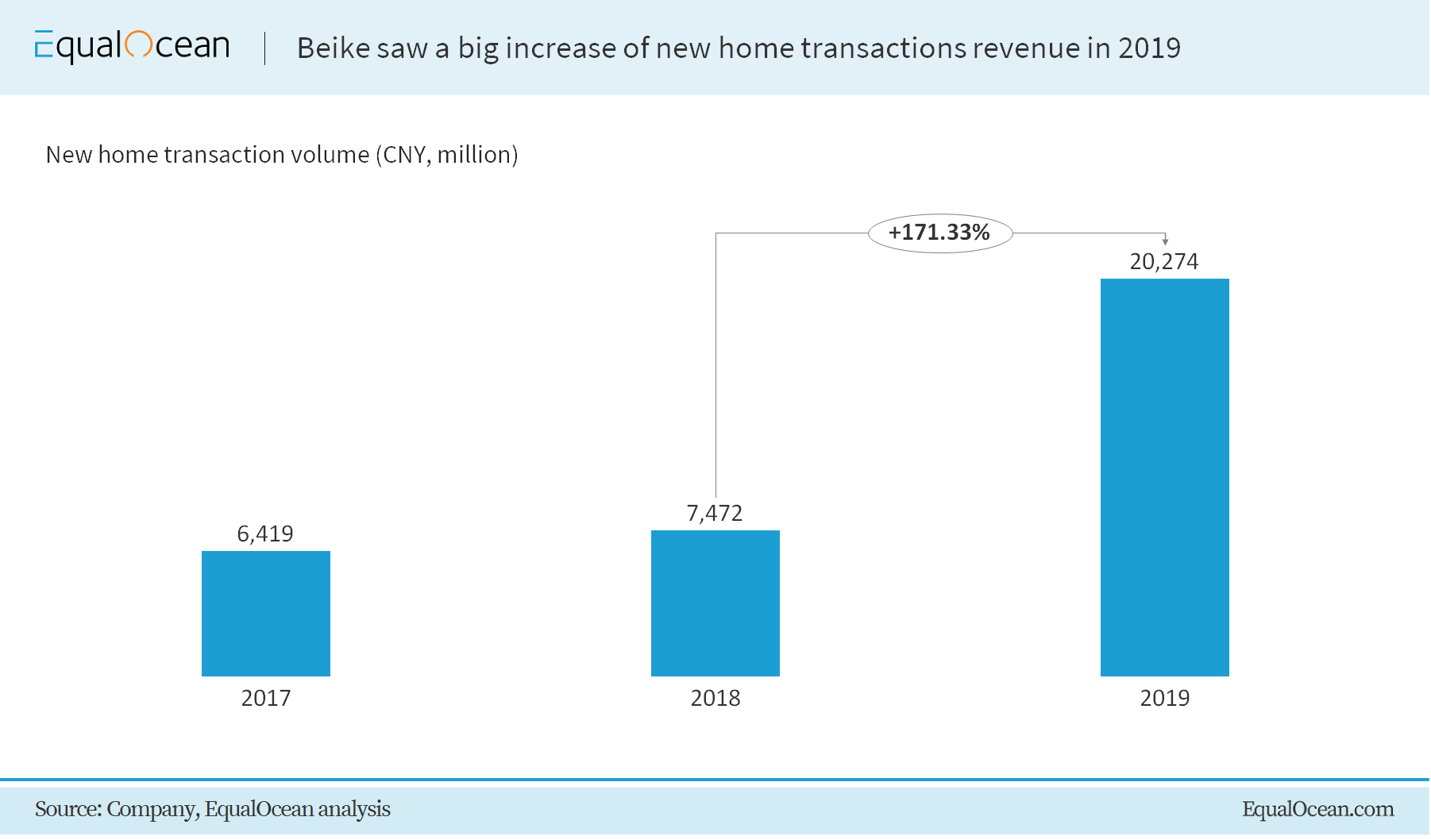 But on July 31, E-House announced its plan to acquire Leju, a smaller RE platform that has a dual focus on new and second-hand residential transactions as Beike does – Alibaba's RE war with Tencent seems to be a long-term game. Just as some people in the industry say, Alibaba's investment in E-House is the battle between ‘Alibaba + E-House’ and ‘Tencent + Beike.’

An awkward situation for Chinese RE Companies listing in the US

Even though Beike has the biggest share of Chinese integrated RE platforms, it is not the first Chinese RE company listed in the US. Prior to its listing, Leju (LEJU:NYSE), 58.com (WUBA:NYSE) and Fangdd (DUO:NASDAQ) all appeared, all of which provide similar services. However, the trading volumes of the previous two have been shallow since it went public. The multiples, on average, are much lower than those of similar US companies. For example, the PS ratio of Redfin is 3.1, while for Fangdd, which provides very similar services, its PS ratio is only 0.5.

‘Internet + real estate’ related companies seem to be troubled in the US stock market. Beike's direct competitor 58.com went public in the US seven years ago and raised more than USD 100 million. Also, since Fangdd went public last year, its public financing plan dropped from the initially planned USD 800 million to USD 300 million, and then to USD 78 million after listing. These stories bring a potential concern for Beike, especially as this time, its IPO is planning to raise 20 more times funding compared to its peers. How the stock will perform and whether the US market will buy its story is still hard to predict.

However, it is still important to acknowledge how Beike's business model is different from those of its direct peers. It planned to revolutionize the RE brokerage system in China by building an ACN, which is similar to the MLS in the US, and standardize the brokerage quality and transparency. In the long term, these changes can help Beike to establish higher barriers by pooling resources and increase margins through higher brokerage fees –  brokerage fee is currently 2% in China compared to 5% in the US.

Considering the positives and negatives discussed above, we initiate coverage on Beike with a Buy recommendation and December 2020 Price Target of USD 21.3 per share. 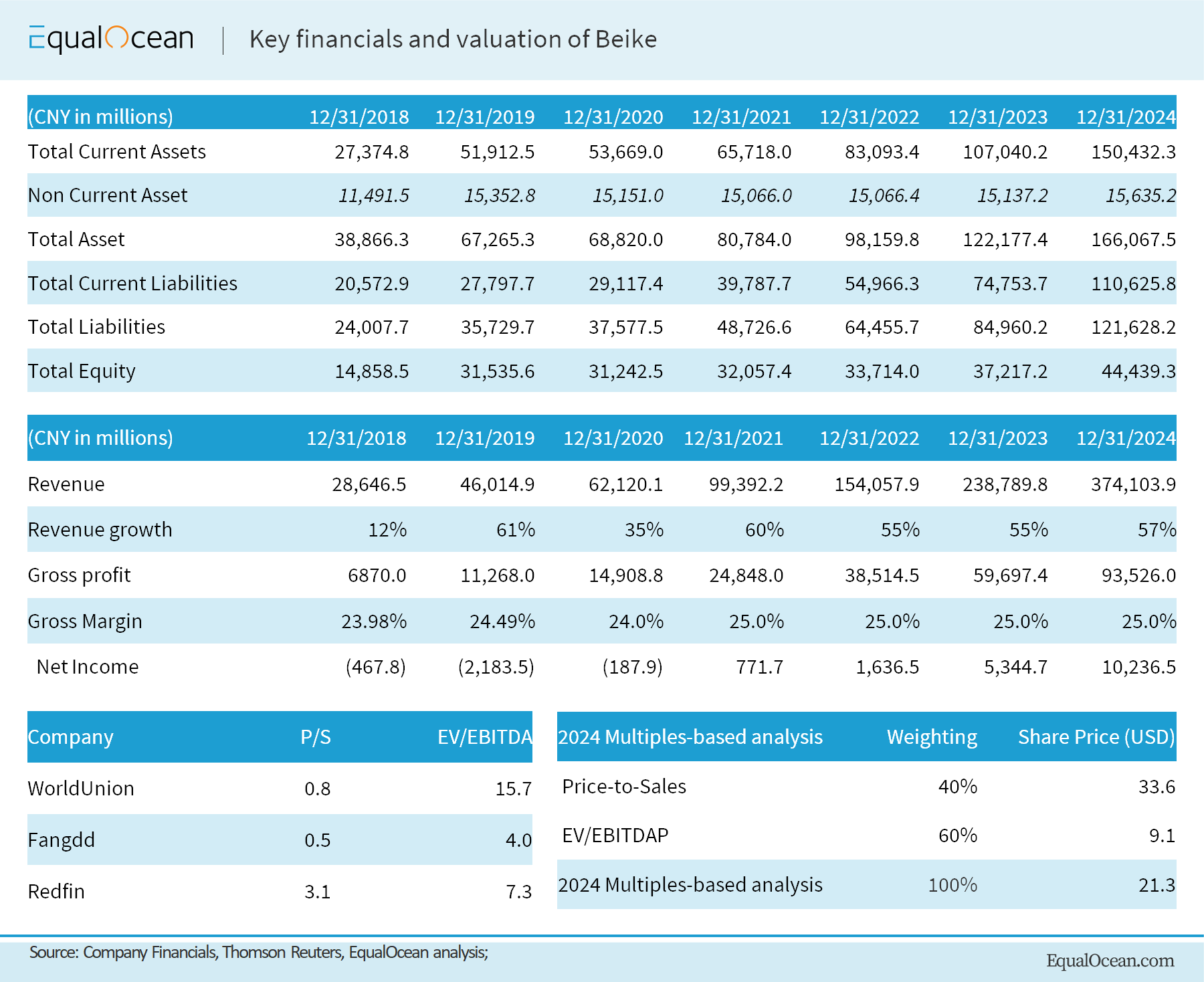 Long-term and short-term dilemmas for Beike

Despite impressive transaction volume and revenue growth, Beike’s net deficit has increased significantly. Beike explains these fees are used for share penetration in the online RE brokerage market. Besides, expecting to support its growth with an increase in cost, Beike forecasts the common and management cost may be increased in the future. 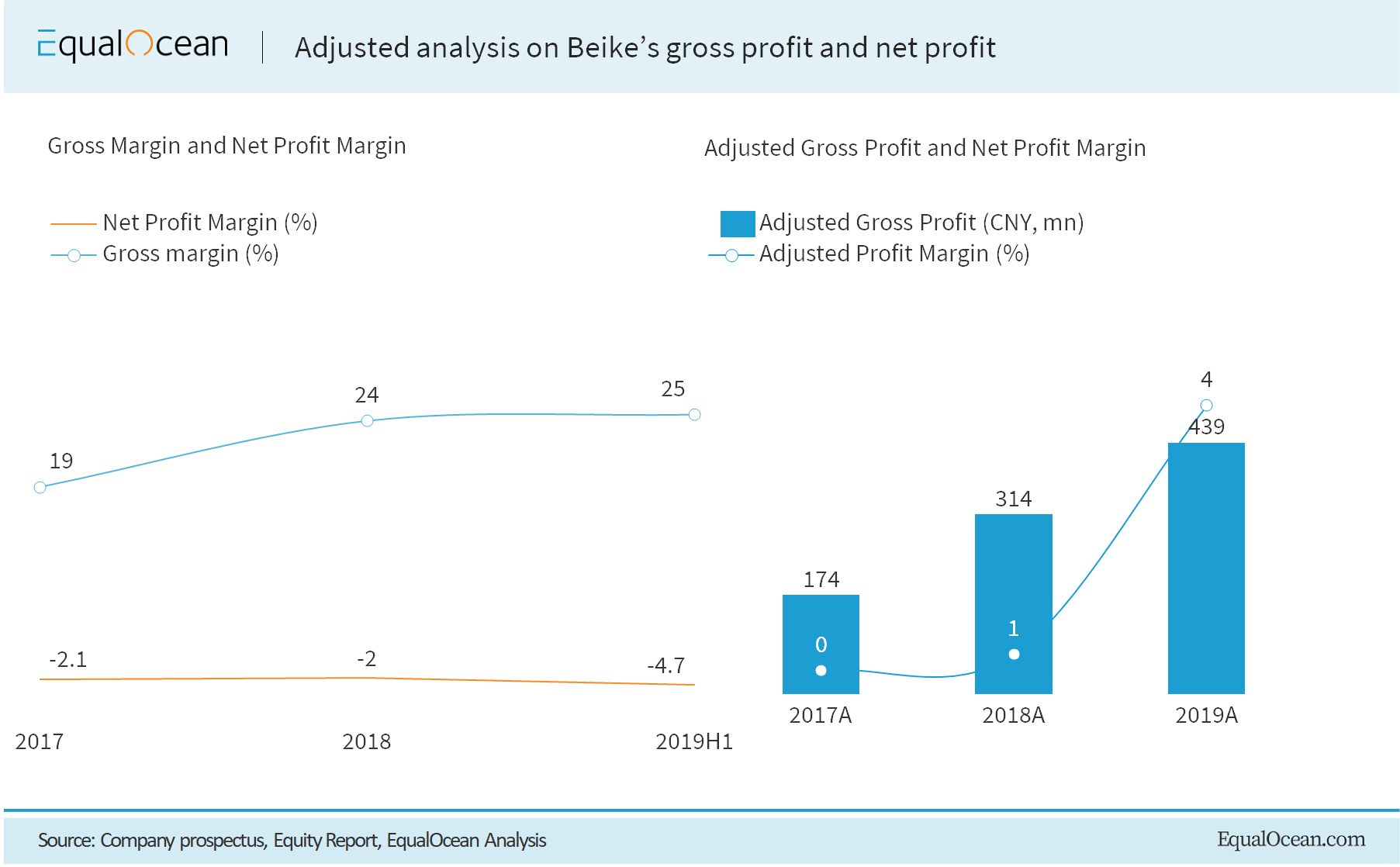 However, the EBITDA of the company shows hopes for investors. The EBITDA has a steady growth in recent years. Generally speaking, the company's performance has improved – if not the substantial capital expenditure.

Chinese Real Estate Market is like a fighting jungle – here, consumers and brokers do not trust each other, and broker peers maliciously slander each other. If we do not make fundamental change, our business is unsustainable, and the margin will never be forever low.

Beike Chairman Zuo Hui says the quote. EO can see Beike's strong will to change the game in the Chinese real estate brokerage industry. However, Beike's long term plan and short-term financials can be incompatible, especially after it goes public. To adhere to its long-term plan, further costs in the short term are unavoidable, but investors’ perceptions of the negative financials might prevent Beike to make certain beneficial moves. Balancing long-term growth with short-term shareholder interests is essential for Beike.