Beike, China's Answer to Zillow + MLS: Long-Termism of a Pioneering RE Platform

Amid controversy and rising trade tensions, Beike is taking its next steps to bring revolution to the RE brokerage scene. International IPO potential and expansion are two current motifs for the Real Estate prodigy. 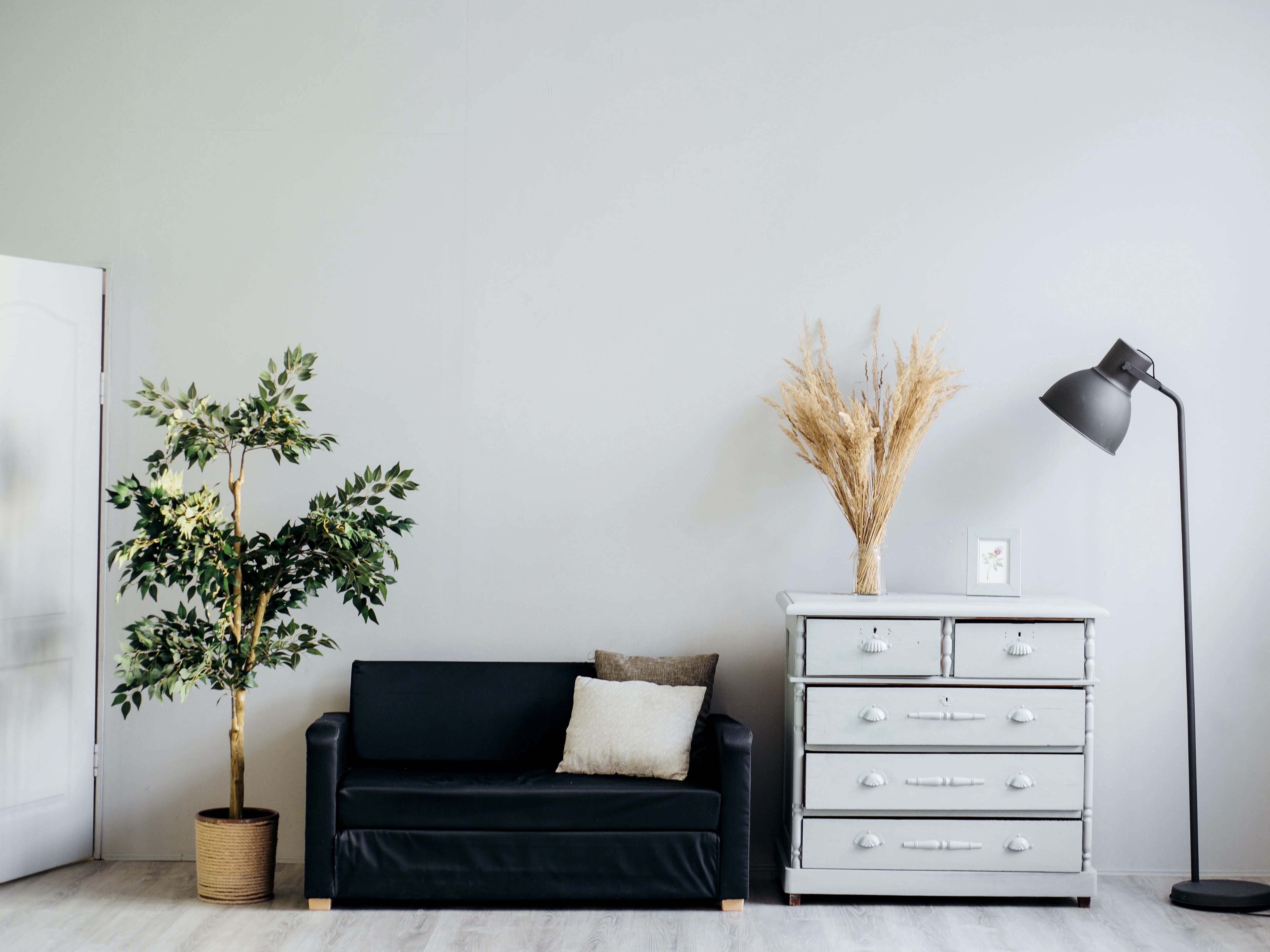 ► Beike, born out of China's local RE brokerage Lianjia, aims to change the Chinese real estate brokerage industry by leveraging the network effects of its RE broker platform.

► Building trust from brokerage agents is another big challenge. The RE industry in China earns revenues from information asymmetry and Beike's efforts may wreak damage where the current margins are made.

Potential IPO in the US

After Luckin Coffee's revenue fraud and delisting, many giant Chinese companies listed on US exchanges, such as NetEase and JD.com, were seeking to return to Hong Kong for listing. However, one of the giant Chinese real estate platforms, Beike, chose to go against the trend and selected the US market for its IPO process.

On July 9, an informed source released Beike's plan for an IPO in the US in the coming months, looking to raise at most 3 billion dollars. At the same time, it revealed Beike looked for more than 20 billion USD in its valuation and had already secretly submitted an application to SEC. If Beike were to receive a 20 billion USD valuation after its IPO, it would be the largest Chinese IPO in the US in 2020.

The team behind Lianjia.com launched Beike. With its fast growth in recent years, each of its four consecutive years of transaction volume broke a ‘trillion’ target. Since 2014, it has received four rounds of funding, raising almost 30 billion CNY. After the Series D+ funding finished in March 2020, the market estimated Beike's valuation to have exceeded 14 billion USD – Beike's value increased nine times in 8 years, making it another legend in the industry.

When Beike launched its series D funding, 22 investors withdrew their investments from Lianjia.com. Beike announced that its previous investors' shares would be mirrored under Beike, which gives further hints for the market's guessing game around Beike's IPO plan.

However, it is not an ideal time for Chinese companies to go for an IPO in the US, especially as the capital market there previously seemed not to have a lot of interest in Chinese RE brokerage companies. For companies such as 58.com (WUBA:NYSE) and Fangdd (DUO:NASDAQ), the trade volume has been below average and with a low PB ratio. Fangdd's plan to raise at most 150 million USD ended up only reaching half of its target.

Even though the different concepts backed Beike and its products can give Beike a significant premium, the 20 billion USD valuation target is still many times more than its peers (e.g., DUO valued at 727mn, WUBA at 8 bn). Beike's rush decision seems to be related to Lianjia.com's Valuation Adjustment Mechanism (VAM) with investors in series B funding. The agreement stipulated that if the company cannot go public before 2021, its financing will be repurchased with additional interests.

The logic behind Lianjia.com’s transformation to Beike

Before establishing Beike, Lianjia.com had already covered 32 cities in China, serving as one of the largest RE brokers. But Beike has an entirely different positioning – building up an industry platform with public information.

The motivation behind the transformation from Lianjia.com to Beike is not hard to interpret. If we take a look at chairman Zuo Hui's ambition – changing the status quo in the current disordered Chinese real estate brokerage industry by 1) setting a higher standard for quality, 2) helping the industry practitioners receive more respect. Most RE brokerages in China have a low reputation because some agents practice reckless sales and even fraud, striving always to finish the deal in a shorter time and gain more price difference. Businesswise, this motivation makes sense as well – until the clients have built trust for the real estate brokerage services, the service margin will be limited and never able to reach the level as it is in developed countries like the US.

To achieve such a goal, Lianjia.com needs to increase its influence. A good parallel would be the difference between Taobao (BABA:NYSE) and JD.com (JD:NASDAQ). Taobao, with more franchised companies joining the platform, can expand at a much quicker rate and reach many more players in the field, while JD's leveraging self-operation business makes the business balloon slower. Beike can help Zuo Hui achieve his goal of transforming the industry much quicker than using pure direct operations like Lianjia. Also, the management pressure will be much less when the scale of the influences increases. As the biggest real estate brokerage in China, and the one with most resources and information regarding the market, Lianjia.com/Beike is looking like the best choice to break the rule and leverage the market, and they are willing to do so.

Brief Analysis of Merit and Risk

Building the 1st Chinese MLS – A multiple listing service (MLS) is a database established by cooperating real estate brokers to provide data about available properties. Currently, in the US, giant brokerage platforms like Zillow and Realtor.com purchase access to the database to calculate the price for each property better and, at the same time, consolidate and share information between agents.

In China, such an MLS has not been established. However, since 2008, Lianjia.com has continuously been developing its ‘Real Estate Dictionary’ – this includes information about the up-to-date real estate price. With Beike, the collection of data will be much quicker. Thus, the platform will be able to provide the most accurate calculation of Chinese property prices. With the first player advantage, the difference will deepen the peer-gap with Beike in the long term.

Building trust from clients – Beike and Lianjia.com is known for the consistency of agents’ qualities compared to other companies. High variance in agents’ professions will limit high-quality agents’ profit margin and thus their motivation, but also leave a negative impression to clients. To solve this problem, Beike invests heavily in its brokers and training them to make sure everyone is at least an 80/100 standard. Also, a big differentiator Beike has is its “authentic listing”. With consistent strict regulation on its house resources, 98% of the house resources are authentic, compared to 60%~70% industry average.

Advance technology innovation – Beike has invested heavily in its online platform and has incorporated more advanced techniques like VR/AI. “The traditional process of signing a contract was very complicated and usually took a long time, like two to three hours. Now, clients use less than 20 min on the online platform, which is an innovation in the industry,” said CEO Stanley Peng. In 2019, Beike gradually launched VR sales, second-hand house signing, online loans, and fund depository functions. These investments show their advantage in COVID-19 services as they operate without further human contact, helping to ensure the safety of clients, and further protecting real estate agents’ business from being heavily influenced by offline activity.

After Lianjia.com announced their plan for building a transparent platform Beike, real estate brokerage giants like 58.com, 5I5J (000560:SZ), and Century 21 Real Estate gathered other brokerage companies and formed an anti-Beike alliance. They doubted Beike's ability to be equal to every franchised company since itself has a direct operations brand, Lianjia.com. However, in recent years, Beike has shown its sincerity by sharing its invaluable information - RE dictionary – to its platform users and bringing its own acquired real estate property - Deyou Real Estate, as another shared resource for other franchised agents to use.

The strong will to bring transformation in the area has always been shown in the management team's presentation, whether from Zuohui or Stanley Peng. April 2019, Century 21 Real Estate, a previous participant of the anti-Beike alliance, announced its business cooperation with Beike, which further showed competitor's approval of Beike's operation models. They believe the platform can create value for the franchised companies in both the short and long term.

Building trust from brokerage agents can be another big challenge, since information exclusivity is crucial to the survival of real estate broker agents. If any dishonest agent steals the information that is shared on the platform, without sharing any of the resources, it could be a tremendous loss for other agents.

To prevent such cheating activities from happening, Beike launched Beike Credit to better record agents' credit rating. Agents with higher credit can get more exposure on the platform as a return; thus, similar rules build a win-win scenario for both Beike and agents. Besides, Beike uses ACN (Agent Cooperation Network) for distributing compensation. ACN divides the profit into different segments so that the whole transaction process can be divided into separate tasks. All agents who participate will get compensation proportional to their task difficulties. Such a mechanism lowers agents' motives to cheat in the process, compared to a traditional brokerage, where one agent takes the full credit.

However, whether or not Beike will be able to bring those companies in as partners in the platform and manage to keep its strict regulation even as its scale grows, following its expectation, is still hard to tell.

Beike has three crucial elements to its services: a platform for house buyers, a brokerage SaaS for agents, and a giant database aiming to build Chinese MLS. It is hard to find perfectly comparable public info, so we select companies within similar verticals to their most important service. As shown in the graph, investors still have high expectations for companies like Zillow and Redfin, even with constant negative earnings – their PB ratios are still as high as 4.15 and 11.52, respectively, while the average in real estate industry is around 2. Also, neither Zillow nor Redfin have direct mode operations like Beike with Lianjia.com, so that the potential margin projection for Beike in the future will be even more optimistic.

Compared with Beike’s Chinese peers, we also believe Beike provides fundamentally better products, more comprehensive services, and a more dominant influence. Several differentiators can help Beike stand out in the competition, such as its strong tech background and a giant first-hand database for the Chinese real estate landscape. These time-consuming projects set the barrier for entry higher and challenge newcomers. Besides, Beike’s recent partnerships with other giants, like Baidu Map and WeChat, can boost its popularity and increase its speed of taking the market share, which is also another factor that its peers with lower cash flow cannot achieve.

CONTACT US
Scan QR code to contact us for professional consulting services
Next article
JCET and SMIC: Together Through Thick and Thin