In recent years, empowered by flourishing technologies, the television, an 'ancient' type of household appliance, has been evolving with larger displays, higher definitions and even luxury features on offer. 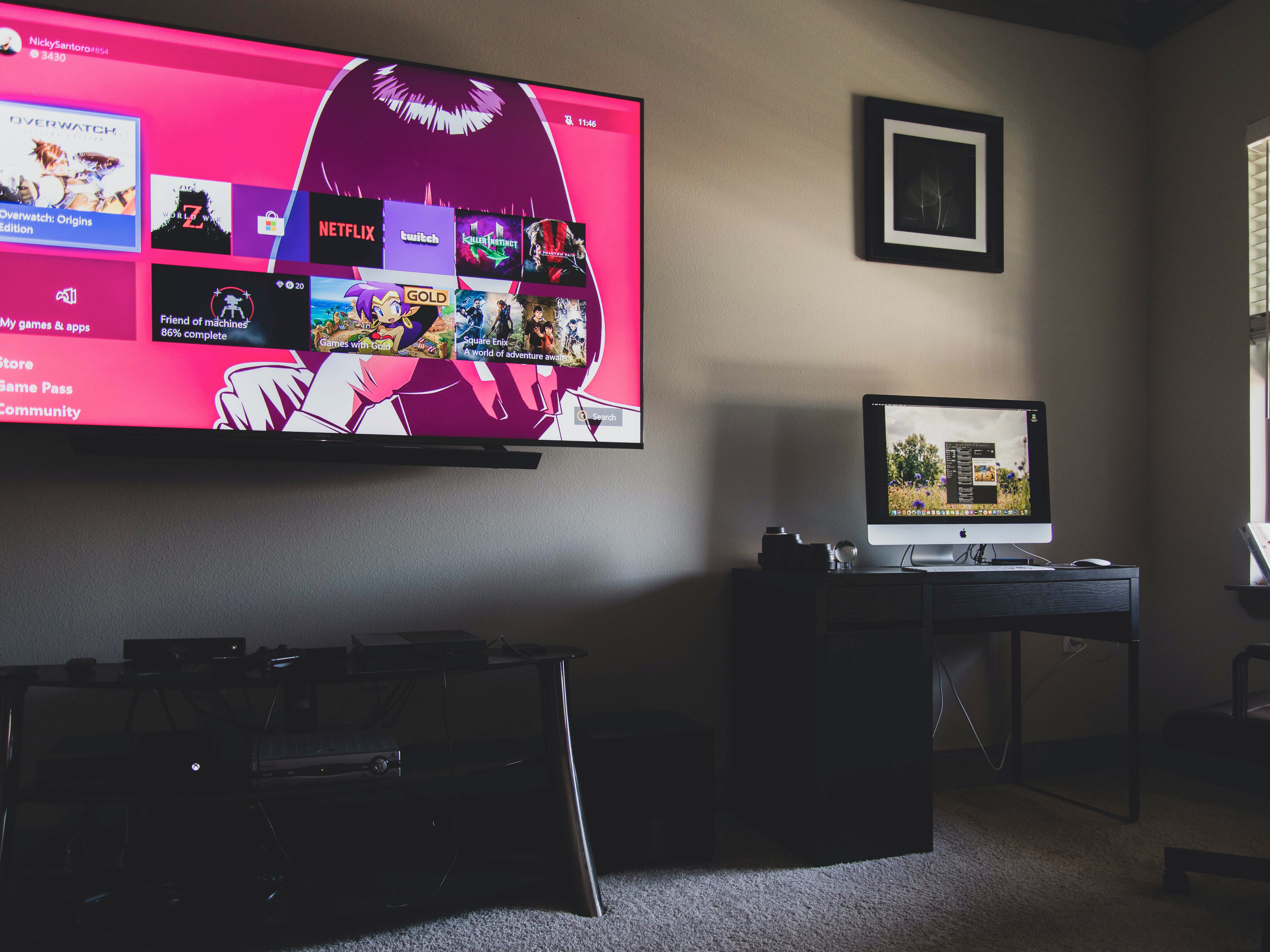 ► The transition from cable TV to 'smart' TV provides Chinese electronics companies with plenty of room for growth.
► Smartphone vendors are laying hands on the TV category, which is considered a portal to the connected smart home device arena.
► Apart from the recent onslaught of Xiaomi, the Chinese TV market has not witnessed any drastic changes over the past decade in terms of the competitive landscape.
► 55'' to 75'' TVs are mainstream in China with a wide price coverage.
► OLED/QLED screens and the 8K resolution spec are enjoying high price premiums.
► The top three vendors' ultra-high-end TVs with prices up to USD 10,000 are mainly for R&D showcasing and brand value enhancement.

As the world is overwhelmed with countless forms of high-tech terminals such as all new forms of smartphones, AR/VR glasses and robots, many consider television a nostalgic device reminding of the 20th century. Unlike various forms of communication tools which are from time to time replaced by the new generations with better portability and higher connection capacity, TV sets have been consistent in their 'irreplaceable' position in countless households worldwide.

Nowadays, TVs are a default furniture item, just like smartphones have become the portable tech necessity. And the product's longevity is quite likely to continue as long as the video-based culture carrier exists, though the appearance might encounter revolutionary changes, as the wireless communication and display technologies could offer greater empowerment in terms of image quality, data transmission approaches and display screens. China, as the world’s largest electronics consumption market, could offer some hints on the direction of the tide. The following will discuss the most significant trends in the Chinese TV market, and the key players' TV strategies analysis.

As the TV industry has been structurally moving from cable TV and IPTV (Internet Protocol television) to OTT (Over-the-Top) TV, which have better integration with the Internet and online media, functions such as video on demand, website browsing and online streaming gave the definition of 'smart TV.' 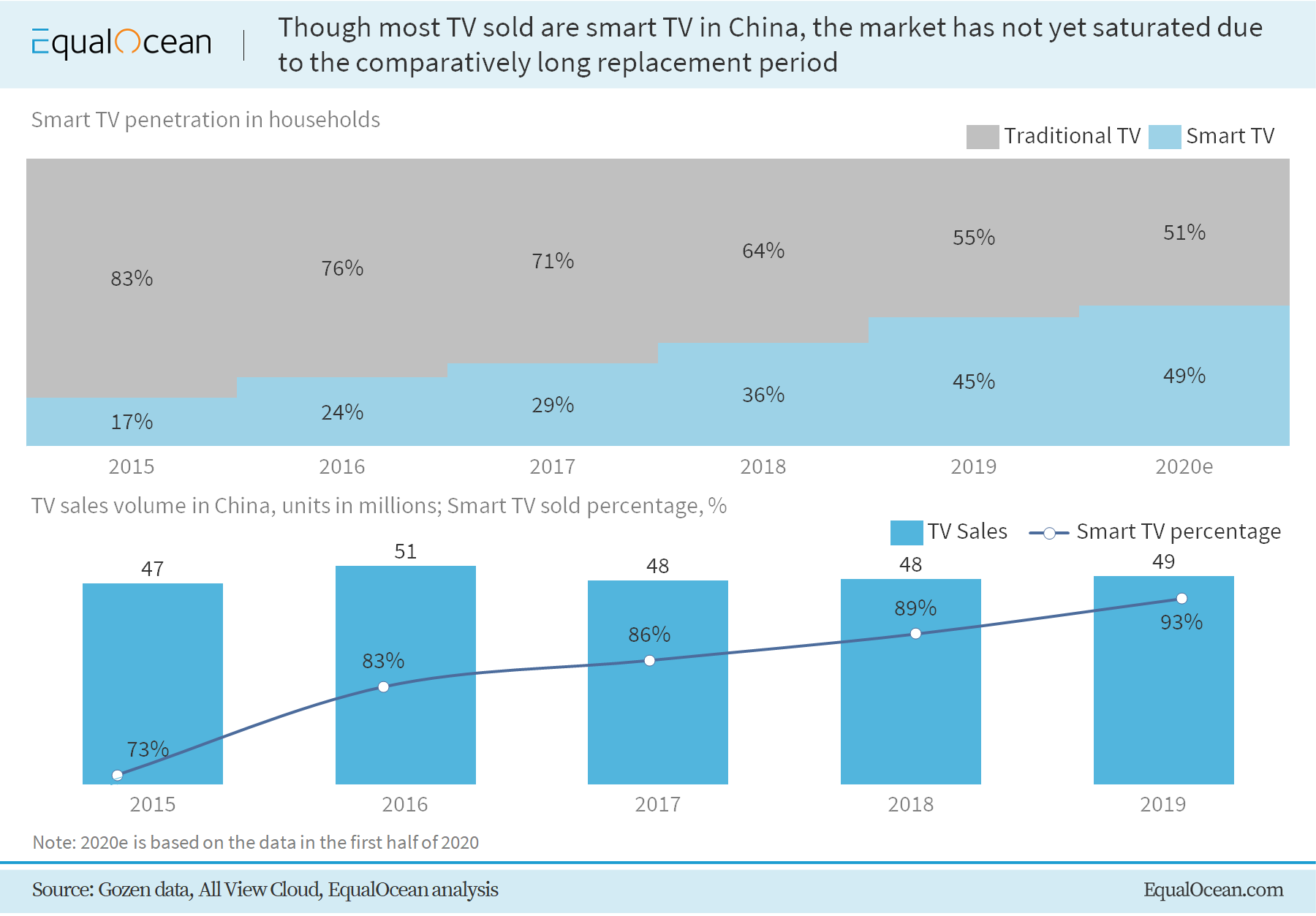 The chart above indicates that since 2015 (actually the trend started before the data could indicate), the TV sales volume has been maintaining a stable level, at approximately 50 million units per year in the Chinese market. There is no growing trend that can be detected if the segmentation is not considered. However, the TV industry still enjoys growth space even for newcomers as the transition period from traditional cable TV, which could only deliver programs via radio frequency signals transmitted through coaxial cables, to the smart TV, which functions more like a larger display screen for video apps like Netflix (NFLX:NASDAQ).

In 2015, only 73% of TVs sold in China were smart TVs, and in 2019, the percentage rose to 93%. The high proportion of smart TV in sales is likely to be maintained for the next five years, as the penetration rate of smart TV in Chinese households is increasing slowly and halfway to reach the ceiling at approximately 90%.

Smartphone vendors are getting in the game

The growth logic in Chinese TV industry does not resemble the newly emerged wearables devices such as smart watches, wrist band and wireless earbuds because as a rather ancient type of device, the customer acceptability for new brands is comparatively low – who once dominated will be likely to dominate in the future. 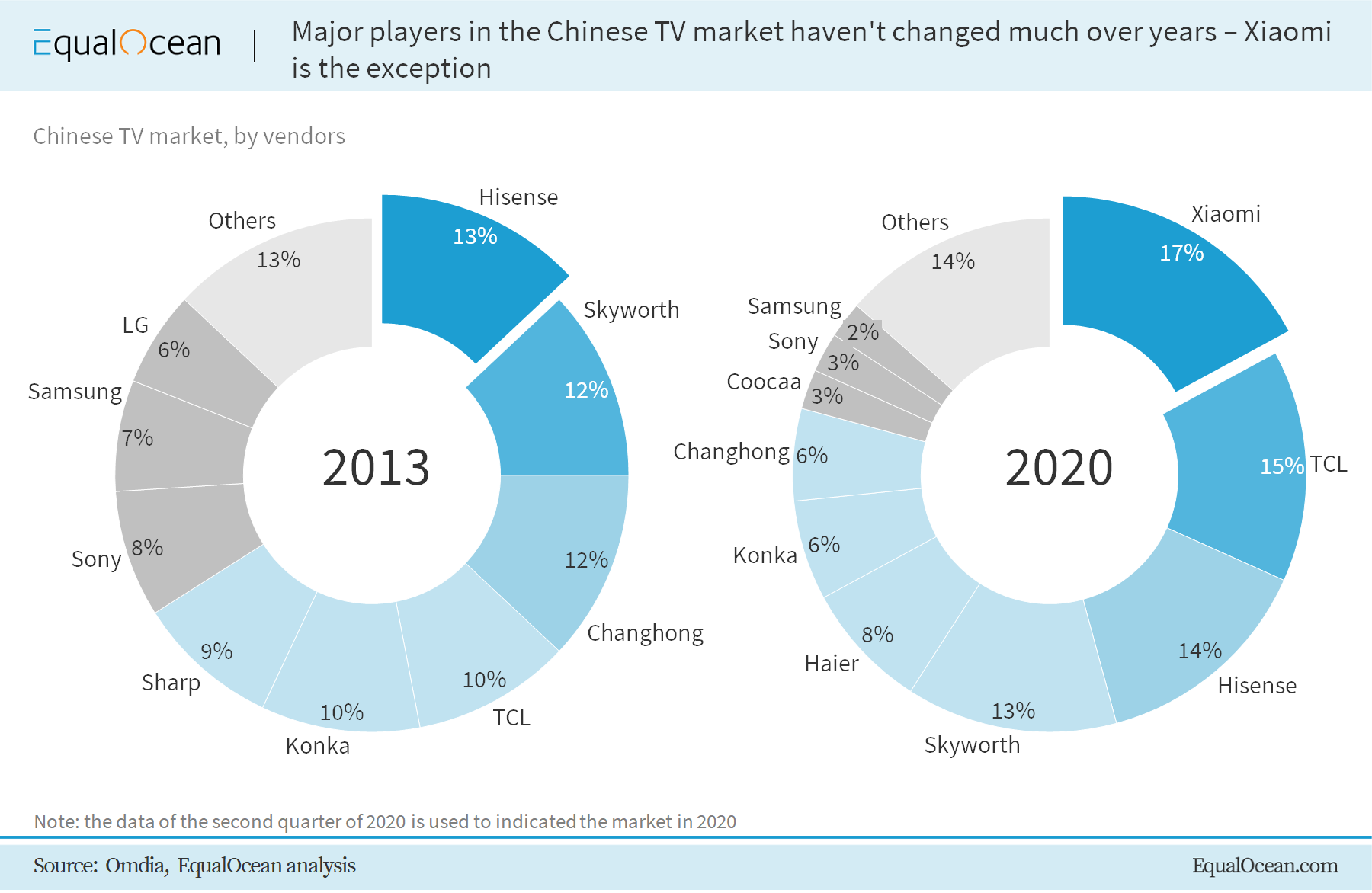 Despite the obstacles, the Chinese TV industry still lured intruders to join – Xiaomi (01810:HK), the world top five smartphone vendor is an example. Though the major players do not seem to change over years except for Xiaomi's dominance, more consumer electronics vendors, such as Huawei, OPPO, realme and OnePlus, are entering the TV market as strategic moves aligning the trendy concept Internet of Things (IoT) and the 5G rollout.

As the Chinese smartphone market does not offer quick money anymore, the companies have to replicate the 'smartphone success' to other categories. Though it is not yet clear where to go, the Internet-empowered TV along with other home appliances are the definite areas that are worth investing. 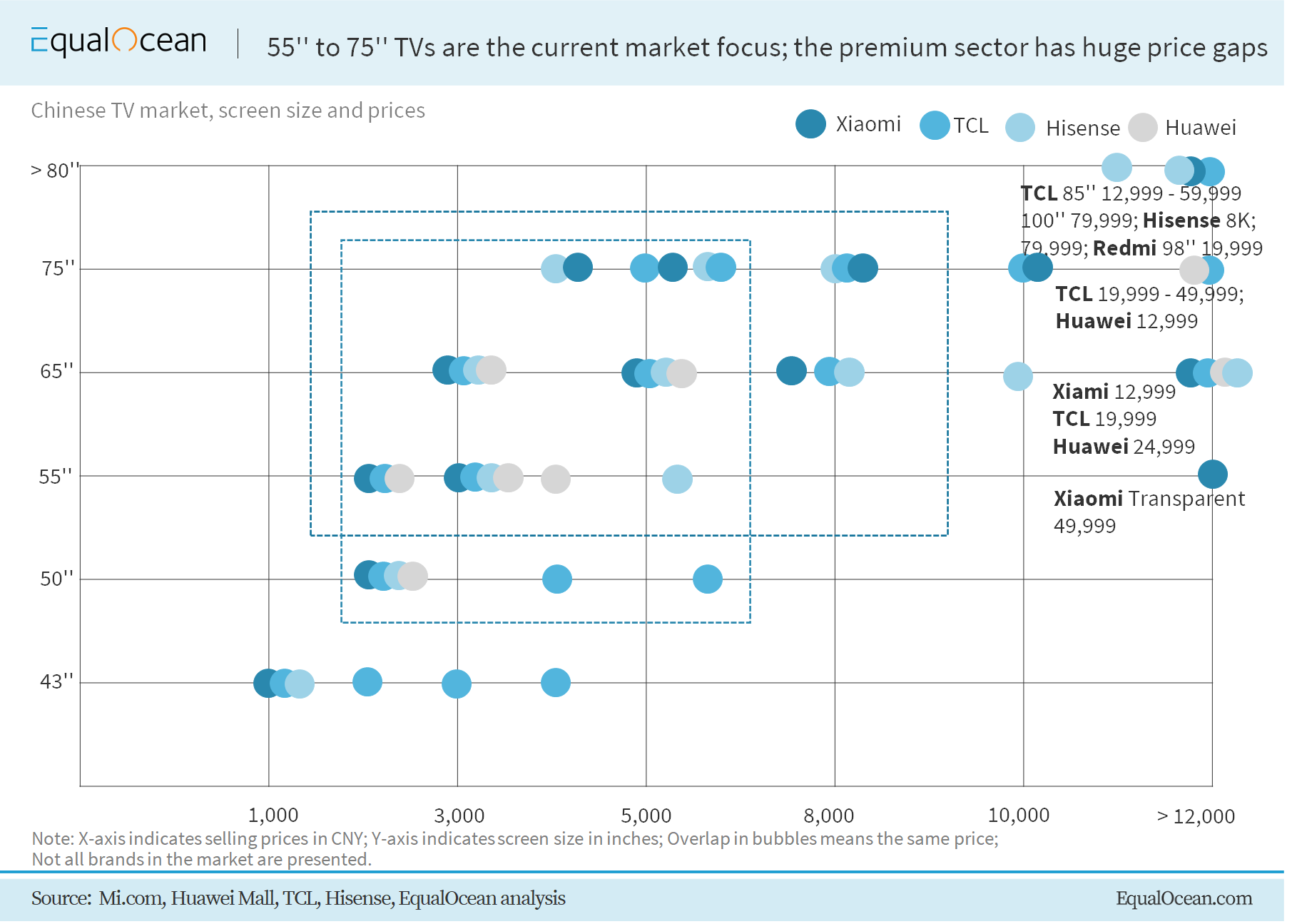 The Liquid Crystal Displays (LCD) are generally applied in the economical types (mainly at around CNY 3,000), while Organic Light-Emitting Diode (OLED) and Quantum Dot Light Emitting Diodes (QLED), which have better display properties, have more synergies in middle-to-high-end TVs. The OLED TV in China for 65'' specs is on average USD 300 higher than LCD TV.

Another crucial factor in the display technology is the resolution, and there has been an industrial prospect of upgrading 4K (3840*2160) to 8K (7680*4320). At the moment, only China's Hisense, Korea's Samsung (005930:KR) and Japan's SONY (SNE:NYSE) have 8K TVs on sale in China, while TCL just released in September 2020 its 8K QLED specs but not yet officially purchasable for consumers. As the 8K specs are far from popularized, the price premium caused by rarity is tremendous, lifting it to over USD 2,000.

Apart from the necessity-like products, Chinese TV vendors also attached strategic importance to their luxury menus for emphasizing on premium brand images rather than increasing the sales volume. Uniqueness matters more in the segment with prices over USD 2,000. Each of the top three TV vendors finds its feature – TCL with the largest screen size, Hisense with 8K HDR and Xiaomi with the transparent display to exploit the value of the high-end market.

To find more about the TV strategies and international placement by TCL, Xiaomi, Huawei and OPPO, follow the updates on the second part of Chinese TV market recap.