An overview of the nascent industry. 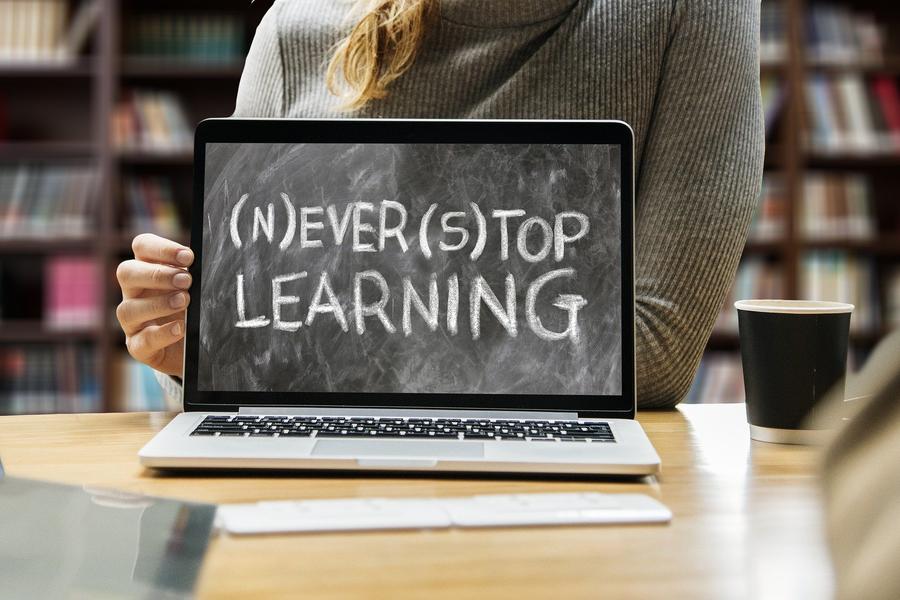 2013 is marked as the first year of online education in China. A year later the market reached its peak with the influx of capital promoting its rapid development. In the ensuing years, online K12 education became one of the most essential branches of the industry, mainly because of its wide range of consumers and a long age cycle. 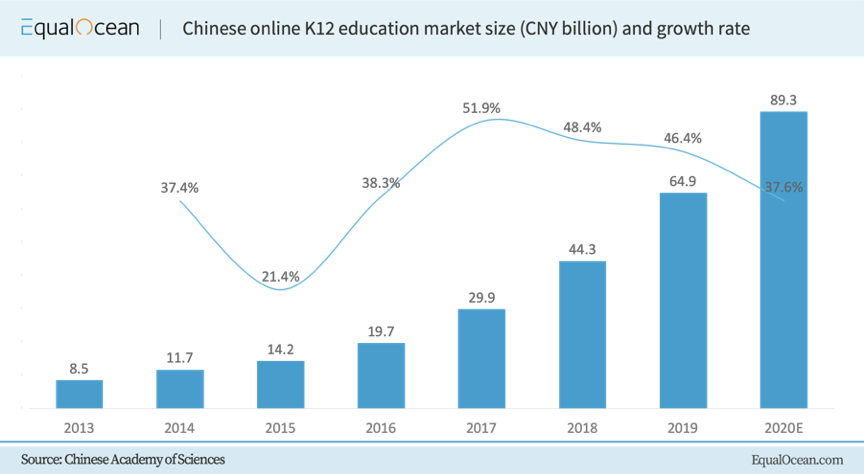 It is evident that the COVID-19 epidemic has created a window of opportunity for huge tech giants to enter the industry, but at the same time, firms that are already in the business have stepped up to prove the strength and advantages of online education. By providing free online classes, companies such as Yuanfudao, Zuoyebang and GSX Techedu gained millions of users. 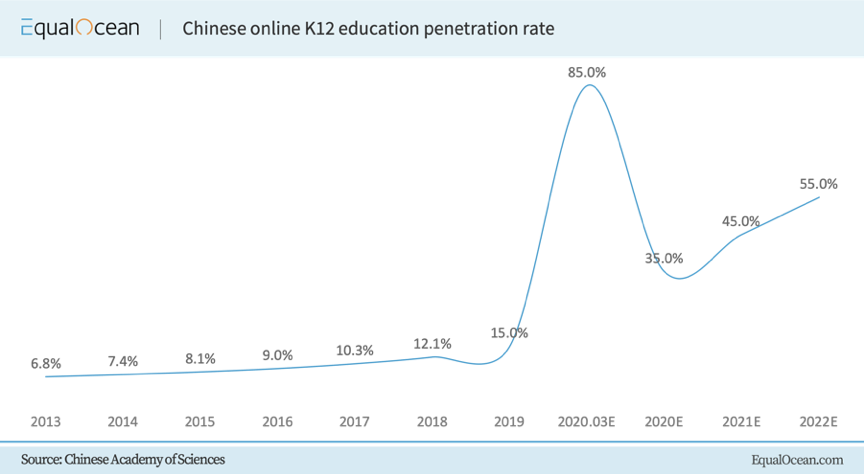 According to the survey data of the Chinese Academy of Sciences, the main mass of online K12 education consumption is concentrated in first- and second-tier cities, with 77% of the population, and only 23% in lower tier-cities. The distribution is relatively uneven.

But based on the above three points, can it be judged that the online education industry has reached an inflection point at a macro level? And that once the epidemic is over, online education will see a downward trend? Will it usher in an explosive growth of the industry? Explosive growth requires the improvement of the entire industrial supply chain, and the education industry is complicated. It is a slow industry. The process of completing an education product takes time. It starts with teaching, researching, operating, selling and then delivering results.

It can be seen that situations such as the epidemic will benefit the industry at a macro level, but it is too early to conclude whether the education industry has been completely transformed.

ToB online education companies that serve public colleges will benefit the most out of the situation. The owners and the principles of offline education companies will be dependent on online firms more than ever, which will improve the relationship and the trust between the two. The level of parental understanding and familiarity with online education products will improve. Online educational institutions serving public institutions will compete more fiercely to grab a big piece of the cake. However, these firms will have to face challenges from powerful internet companies such as Huawei, Alibaba, and Tencent.

As for ToC, judging from the size of the companies, industry leaders will rather not worry but small and medium online education institutions will face difficulties. The leader companies, such as New Oriental and TAL, will inevitably rely on their stronger resistance to the pressure, greater brand effects, and more abundant capital reserves to smoothly transition to online and overcome difficulties. Koolearn and Xueersi, which are owned by the two giants, will rapidly harvest a large wave of traffic. While public education companies are vigorously expanding their online K12 education business, private unicorns, not to be outdone, manage to claim their market shares.

Yuanfudao, with learning tool apps and K12 online courses being its core business, has raised a cumulative USD 3.75 billion of funding, becoming the world's most valued edtech company with a staggering valuation of USD 15.5 billion; its nemesis Zuoyebang, sharing a similar business model, owns the most amount of user traffic in the industry with 170 million monthly active users.

VIPKID, focusing on 1-on-1 English tutoring, reaches 800 thousand paid students and takes a market share of 21.9%, second to its public rival – 51talk.

Huohua and VIPThink, the two top players in the relatively new field of thinking training, reached an valuation of USD 1,580 million and 890 million, dominating the market.

Little did we know what 2020 would bring. COVID-19 and way too many video calls later, 1H 2020 has marked a resurgence in mega-rounds, averaging a USD 100 million round per month. Yuanfudao has set a new high water-mark with a USD 1 billion round and 'mainstream' investors are venturing to learn more about the future of education, the role of technology, and the opportunities to participate in that growth. 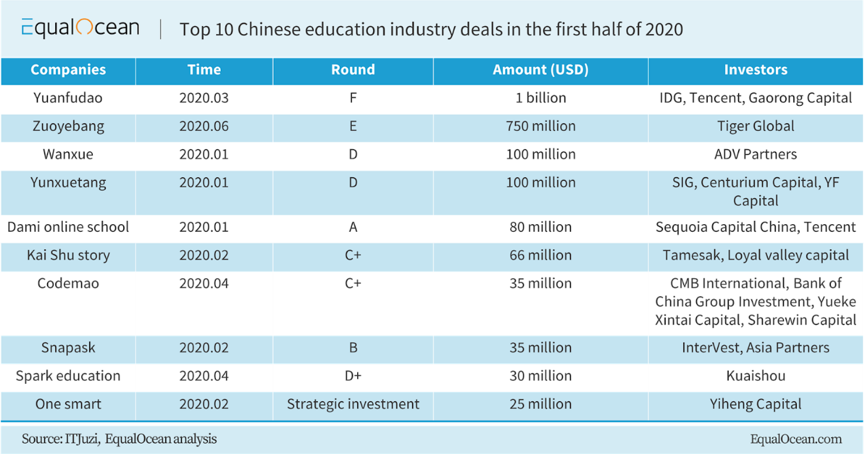 As the largest subdivision track in the field, K12 education has always attracted capital. In the first half of 2020, K12 education’s financing amount accounted for 60% of the entire industry. Yuanfudao's new round, worth USD 1 billion, was the main reason behind it. It was followed by the highest single amount of financing in the field; in December, Zuoyebang completed its E+ round of financing, worth USD 1.6 billion.

Other than that, listed Chinese edtech companies have shown their strengths as well. NetEase Youdao released its Q1 unaudited financial report which showed the firm has achieved a steady growth for a fifth consecutive quarter. Another US-listed firm, GSX Techedu, has been a hot topic. Its financial results have been found too good to be true for some US research firms. The Chinese online tutoring company has been shorted as many as 10 times in the first half of the year but the stock is showing no signs of weakness – instead, recently it hit the highest ever amount since it was listed.

From the tremendous yet concentrated investment and financing, plus the rather good performance of the head companies, we see the Matthew effect taking place in this industry of momentum. Companies that take the advantages of their large business scale and capital pool will more likely be able to maintain their expansion strategies while medium-sized and small companies, when the tides of pandemic benefits ebb, will be prone to existential threat.

Looking forward, the millennials are becoming the main force in the K12 consumer market. These young parents, being more compatible with technology than any previous generations, are more inclined to adopt edtech and, more importantly, willing to pay for the products and services: data show that 61% of the consumers are willing to pay more than RMB 10,000 a year on online education for their children, that is over 10% of the average Chinese urban family income.

The concept of 'quality education' – a peculiar term in Chinese education system that means children's well-rounded development including math, science, language, music, art, and sports – has been rooted into the society's collective mind for decades and has seen a surge in the online segment recently. Online art, music, and dance education had an year-over-year increase of 81.7%, 60.9%, and 112.8% in October, much higher than the 37% increase for the overall market. This indicates more diverse opportunities for the players in the K12 education industry.

For an education provider, the reputation of the platform stands in front of the line, as parents are more prudent in making decisions for their children. Therefore, while catching up with the explosively expanding online education trend, the company must be mindful of the potential quality and security problems, guaranteeing a healthy and effective learning environment for the students and a stable driving force for the company's future development.