The recent delisting event may become a milestone of terminating permission of the three telecom players' businesses. 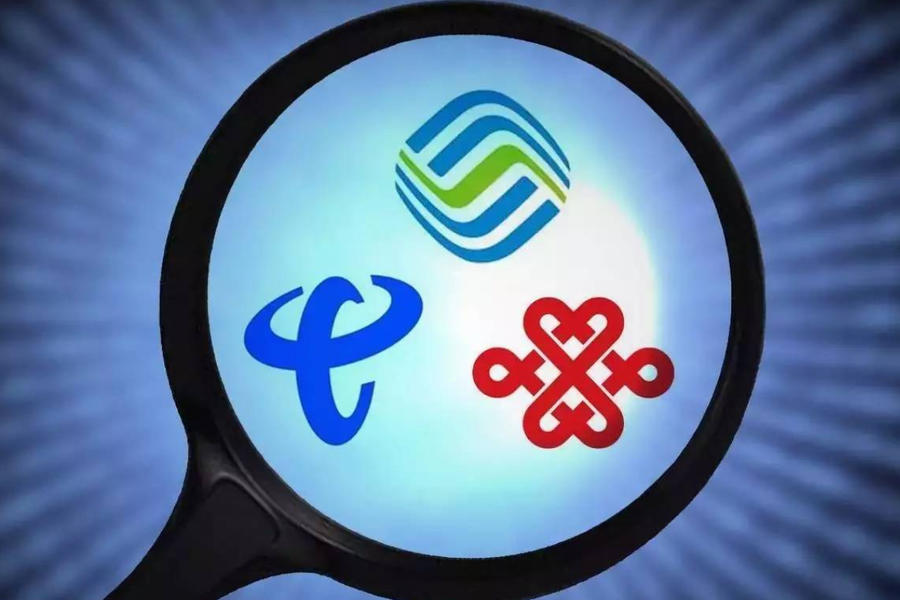 ● Political factor plays a significant role in the delisting event

● The possible permission termination is the key risk that the companies and investors should pay attention to.

On November 12, 2020, Donald Trump, the former president of the United States, signed an executive order prohibiting American citizens and corporations from investing in companies related to China' military forces. As China's 5G application vanguards, the country's three major telecom players, China Mobile (00941:HK, CHL:NYSE), China Unicom (600050:SH, 00762:HK, CHU:NYSE) and China Telecom (00728:HK, CHA:NYSE), were included on the prohibited list. At the end of 2020, the NYSE announced plans to delist the three operators before January 11, 2021. However, the largest exchange suddenly recalled the plan on January 4, 2021 – and, only two days later, the NYSE suddenly announced it would continue the delisting action. 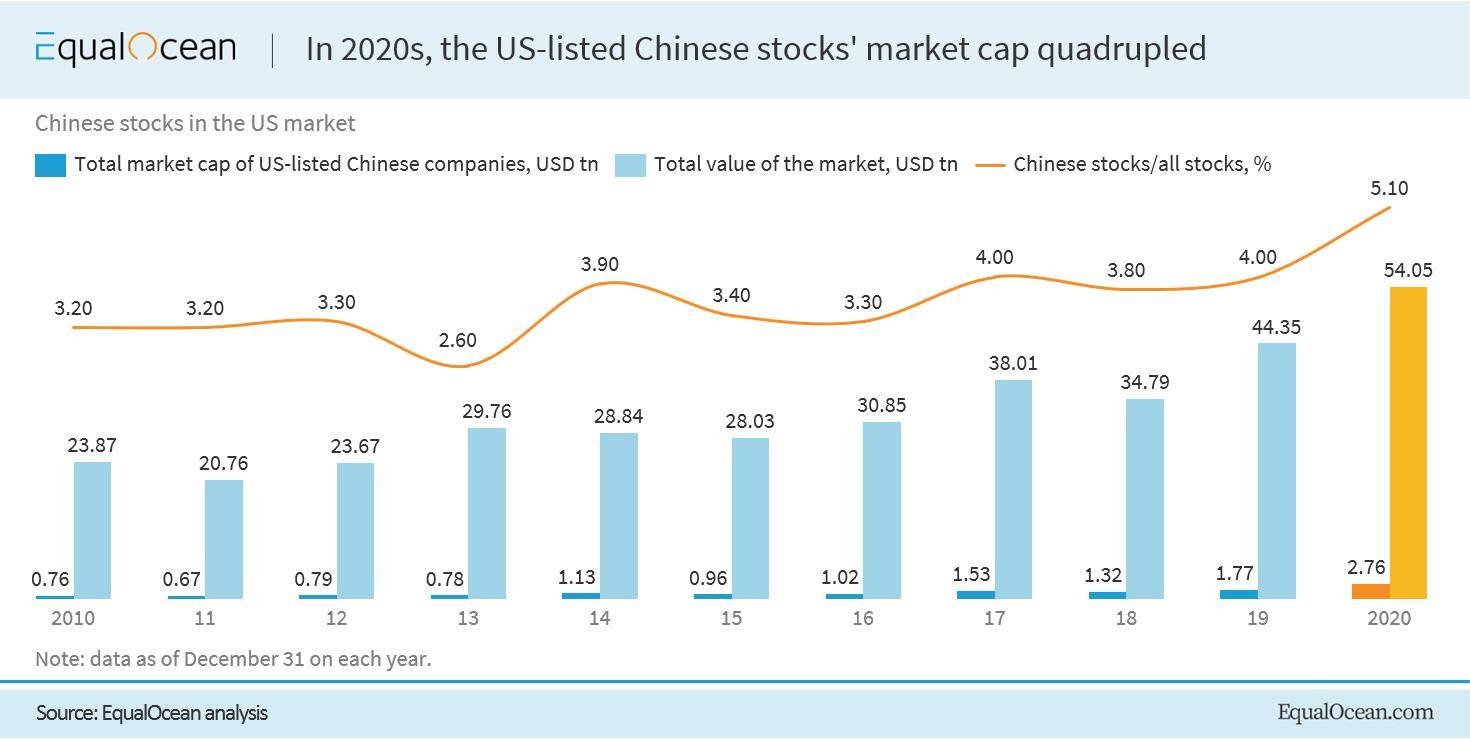 Digging into the event, we can find that the thing is closely related to the US presidential election of 2020. In recent ten years, the market value of Chinese companies listed in the United States increased by 300%. Meanwhile, Jeffrey Sprecher, chairman of the NYSE, and his wife, Republican Senator Kelly Loeffler, have been attacked by other politicians for doing business with Chinese companies. January 5, 2021 was the day when the count of the vote for the Senate in Georgia ended. We have reason to believe that the previous delisting decision was a way for senator Kelly Loeffler to get more political chips, while the cancellation was a way for the couple to reduce the impact on their businesses once the voting was nearly over. However, senior government officials, including US Treasury Secretary Steven Mnuchin, immediately opposed the cancellation action. Pushed by the government, the delisting plan restarted.

The three major operators landed on NYSE around 2000. Back then, they issued ADRs in addition to the common shares circulating in Hong Kong. By the end of 2020, China Mobile's stocks held in the form of ADR accounted for about 2% of the total equity pool, while China Unicom and China Telecom's ADRs accounted for about 1% and 0.6% respectively. 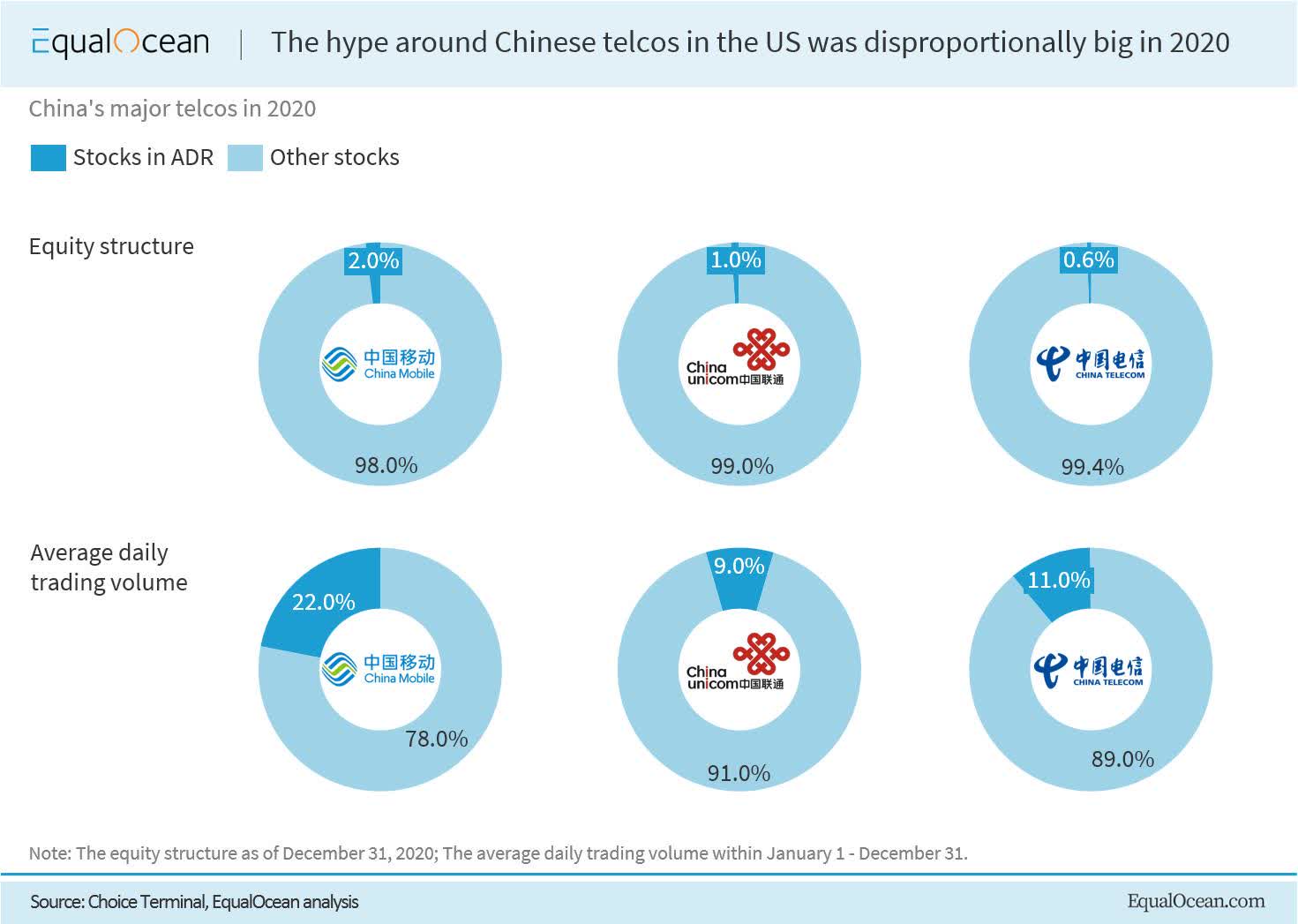 However, the ADR transaction volume of the three operators is relatively high when compared with the equity proportion. In 2020, the average daily trading volume of China Mobile's ADR in the New York stock exchange accounted for about 22% of the total daily trading volume of the company's securities, and the proportions of China Unicom and China Telecom were about 9% and 11% respectively. From this point of view, the three operators will lose some liquidity due to the delisting.

Although the three operators have all announced that the delisting has no impact on the business, we cannot eliminate the probability that their business licenses may be revoked by the US government after delisting, which will greatly affect their business in North America.

Unlike the US government's approach to Huawei and SMIC, it seems hesitant to stop cooperating with Chinese telecoms operators. We think it is mainly because China's three major operators are listed on the NYSE. It may hurt the interests of American investors who must cancel their business licenses – this is the greatest concern of the US government. If the companies are no longer listed in the United States, this concern will effectively disappear.

The B2C businesses of the two operators are mainly serving the overseas Chinese population. Due to the limited size of the population, the impact is not expected to be particularly large. But for B2B businesses, the impact cannot be ignored. Taking China Telecom as an example, in the middle of 2015, China Telecom began to build Pacific international submarine optical cables with six global partners, including South Korea, Japan and the United States, with a total investment of more than USD 500 million. The length of the cables has reached 13 thousand kilometers. If China Telecom loses permission to do business in the US, its investment in the construction of communication networks connecting the United States in recent years will have been in vain.

Is it a good time to long?

Around 2000 was a critical period for the reform of China's telecommunications industry. At that time, Chinese operators urgently needed investment, as well as foreign management experience and technology. Being listed in Hong Kong and the United States was very helpful for their development. 20 years later, the three Chinese operators have become market leaders. According to the world's top 300 most valuable operators in 2019, China Mobile, China Telecom, and China Unicom ranked 3rd, 9th, and 16th respectively. 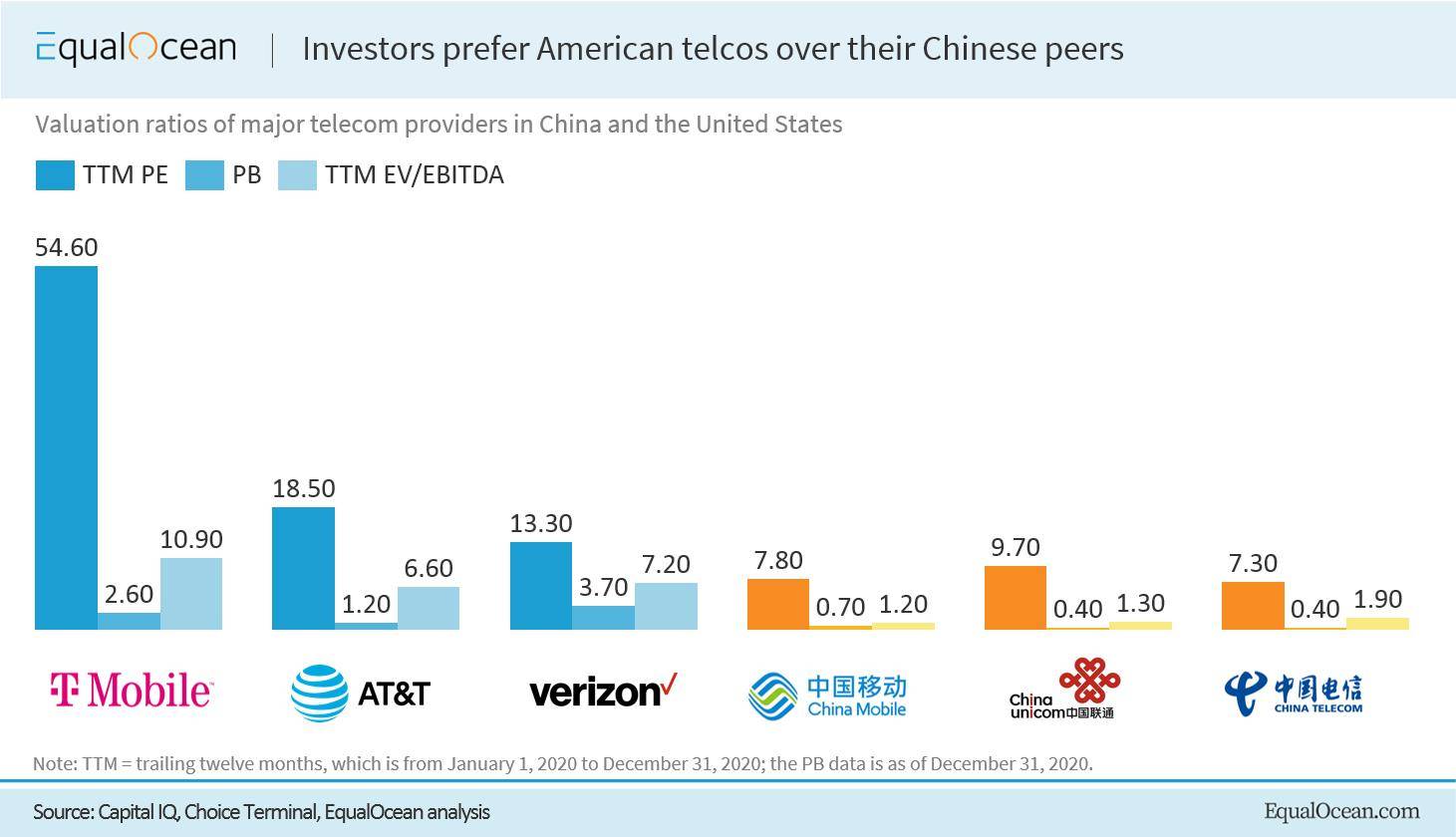 In terms of valuation, Chinese operators have lower ratios compared with the top three operators in the US. According to the data from 2020, the average trailing PE ratio of the three US operators is double that of Chinese operators, while their PB ratios and EV/EBITDA ratios are also much higher than those of China’s major telecom players. However, the average dividend yield of the three operators is about 5%; China Mobile’s yield is near 8%. Compared with the dividend yield of the United States, the three companies show large potential. We believe that the short-term stock price is down due to political factors and it is not a good time to long the stocks – in part due to the risk of losing operation permission. In the long run, the three operators are still high-quality stocks.