Although GSX share price keeps climbing – in part because of the re-emergence of COVID-19 in China – the company lacks investment potential for many reasons. 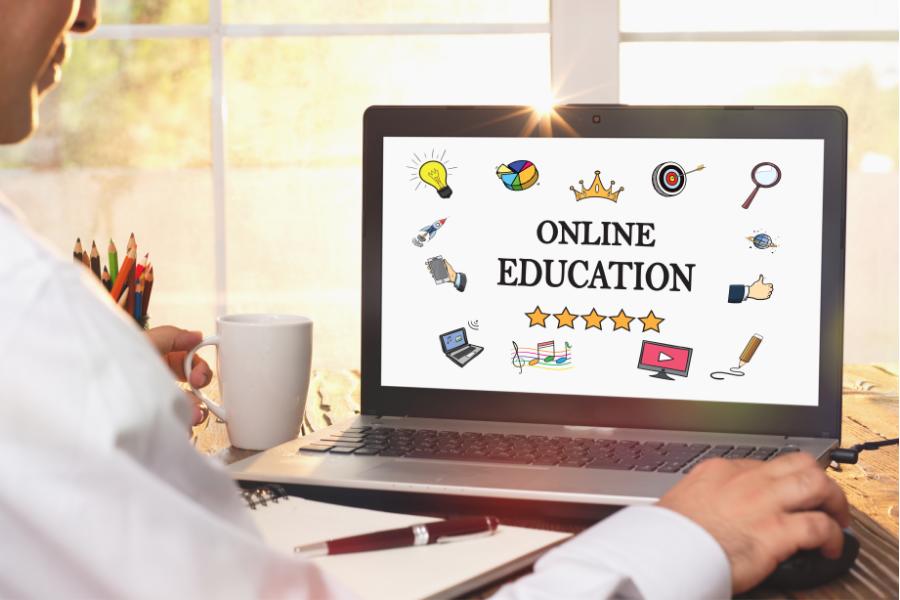 Founded in 2014, GSX Techedu raised millions of dollars in an angel round from QF Capital (启赋资本). Before it went public in June 2019, the company also raised USD 50 million in a Series A funding from Gaorong Capital, QF Capital, GP Capital and more in 2015.

The firm is an online K-12 education service provider in China.

According to the prospectus submitted to the US Stock Exchange Commission, GSX stands out as an unconventional e-learning company with a fast-growing addressable market, scaling net revenue, and positive operating income.

Similar to the beginning of 2020, the recent re-emergence of COVID-19 has boosted GSX’s stock price once again. New COVID-19 cases are leading to situational lockdowns in some tier-1 cities such as Beijing and Shanghai.

K-12 online education is a new type of learning and teaching method, which integrates with the Internet and the latest information technologies. China’s K-12 online education industry has developed rapidly in recent years due to strong support from the government and favorable policies. According to Chyzxx.com (中国产业信息), the market size of K-12 online education in China was approximately CNY 64.88 billion (link in Chinese) in 2019, with a year-on-year increase of 46.4%. The growth rate remains double-digit. GSX stands out among its competitors because the firm has very strict standards in its recruiting process. Specifically, its instructors must satisfy the requirements such as having a postsecondary degree in education from a top-tier university. Moreover, the candidates should have extensive teaching experience in the education sector.

According to reports published on the firm's website, the interview process is very selective as only less than 5% of candidates can be employed as an instructor. This process ensures that only the best education professionals can join the company.

As per the company’s prospectus, it has established a three-sided teaching system: lecturer, tutor and AI teacher. GSX currently has around 200 lecturers, each with an average of more than 11 years of teaching experience in well-known educational institutions. The tutors are mostly new graduates from top Chinese universities with relevant academic backgrounds.

The dual-mode large-class which merges classroom teaching and distance learning at the same time is another competitive advantage promoted by GSX.

However, most online education institutions currently adopt the double-teacher and big-class model, which can be easily applied in real-world situations.

GSX has basically imitated the double-teacher model since TAL and New Oriental applied it into their teaching methods a long time ago. In an ideal competitive market, a profitable business model will be imitated immediately.

Unless the company has unique technologies, invention patents or a market monopoly, its business model cannot be treated as a competitive advantage.

As a latecomer to the market, GSX doesn’t have any scale and brand advantages either. Therefore, GSX’s teaching model is not a comparative advantage, nor can it explain the company’s success in the market. However, the amount of losses in this quarter far exceeded all the accumulated profit income that the firm has reported in the past.

After announcing the results, GSX saw its stock price decreased by more than 24% during the following session.

According to the financial report, GSX had a net loss of CNY 932.5 million in 3Q 2020, compared with a net profit of CNY 1.9 million in the same period last year.

Prior to this, GSX always claimed to be “the only K-12 listed company that has been consistently profitable since its listing.”

Looking back at GSX’s quarterly revenue data since its listing in the past two fiscal years, it can be seen that its growth rate has slowed down significantly. It dropped from 473.8% to 282.7% since it first went public in 2019. Although the firm stated in its financial report that it achieved a gross profit of CNY 1.46 billion this quarter, an increase of 265.6% from the same period last year, the company’s operating and net profit showed a sharp decline.

It is worth noting that the online educator’s operating loss increased from CNY 11 million to CNY 990 million within a year. According to the company, the reason behind the increase in operating loss was mainly due to its heavy investment in marketing activities to expand traffic and increase brand awareness.

Shorted 12 times and under internal investigations

On February 26, 2020, Grizzly Research, a research firm that produces research insights on publicly traded companies, released a 50-page report titled 'Why We Believe GSX Techedu is the Worst Publicly Traded Education Company.' The firm took a hard hit on April 14, after short-seller Citron called it 'the most blatant Chinese stock fraud since 2011.' in addition to the Grizzly report.

Following Citron's first report, 16 US law firms initiated class actions to investigate GSX  that was recently valued at USD 10 billion. These firms made a survey into the exaggerated profitability of education companies. The survey focused on whether the company overstated indicators such as profitability, income, student enrollment and teacher qualifications, or if it disclosed all information related to investors.

The situation escalated on May 7, 2020, when Citron Research issued the third part of the report in a series of GSX Investigations. Citron presented firm evidence of GSX Techedu committing securities fraud using multiple undisclosed related party transactions to hide expenses or liabilities to US regulators. The report also pointed out that it is highly unlikely that GSX had been able to acquire a customer at half the cost of its competitors. Moreover, over 80 highly suspicious WeChat official accounts engaging in customer acquisition solely for GSX were not registered to any disclosed GSX entity.

Muddy Waters, the firm which exposed the Luckin Coffee fraud, joined the party in late May, claiming at least 70% of the GSX’s users are robots and calling it a loss-making business. The ADRs tumbled 34% from their February 24 peak the following day.

Some short-selling reports pointed out that GSX transferred costs through affiliated companies, but the transferred costs are only a small proportion of the total cost. Therefore, GSX’s ultra-low-cost ratio is mainly due to inflated revenue.

Through monitoring robot trainees, Muddy Waters calculated that the amount of inflated revenue from GSX has increased from 70% to 90%.

There are no other US-listed firms that have been attacked like GSX by short-sellers in 2020.  However, its stock price increased to USD 89.77 per share as of February 08, 2021, compared with USD 37 around a year ago.

GSX dealt with the allegations of fraud with confidence and denied all allegations. The company said in September 2020 that the SEC’s enforcement division has asked it to produce financial and operating records dating back to the beginning of 2017.

The company has benefited from the measurements taken to prevent the spread of COVID-19. These national policies have driven millions of Chinese students to online schooling, fitting directly into GSX’s business model. The company’s shares have risen over the past year due to the pandemic. However, with the firm being shortened multiple times, its brand image is concerning. There is currently a shortage of competitive advantages in GSX, and it is believed that its growth is unsustainable with its fragmented management.

Any other short selling in the future by firms such as Muddy Waters will directly affect the share price and lead to a sharp decline.

In addition, with competitors looking for an IPO by the end of this year, it will put even more pressure on GSX.

Another concern is the company's fiscal performance, as it reported losses for the first time since its listing.

Investors should not be fooled by the current surge of share prices and they should wait until GSX settles the battle between short-sellers and long-term stockholders.