2020 has been a turbulent year for the education industry. A total of 247 financing events took place, showing a downward trend since 2016 and hitting the lowest point in history. With a very dull first half for the second half of the year, it has gradually recovered, with financing reaching CNY 17.56 billion in October and 27 events in December. 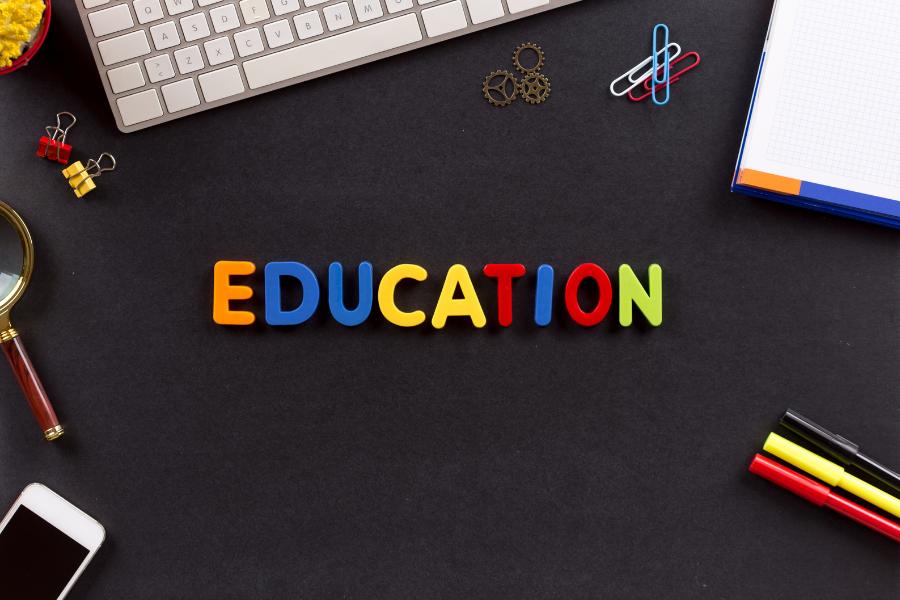 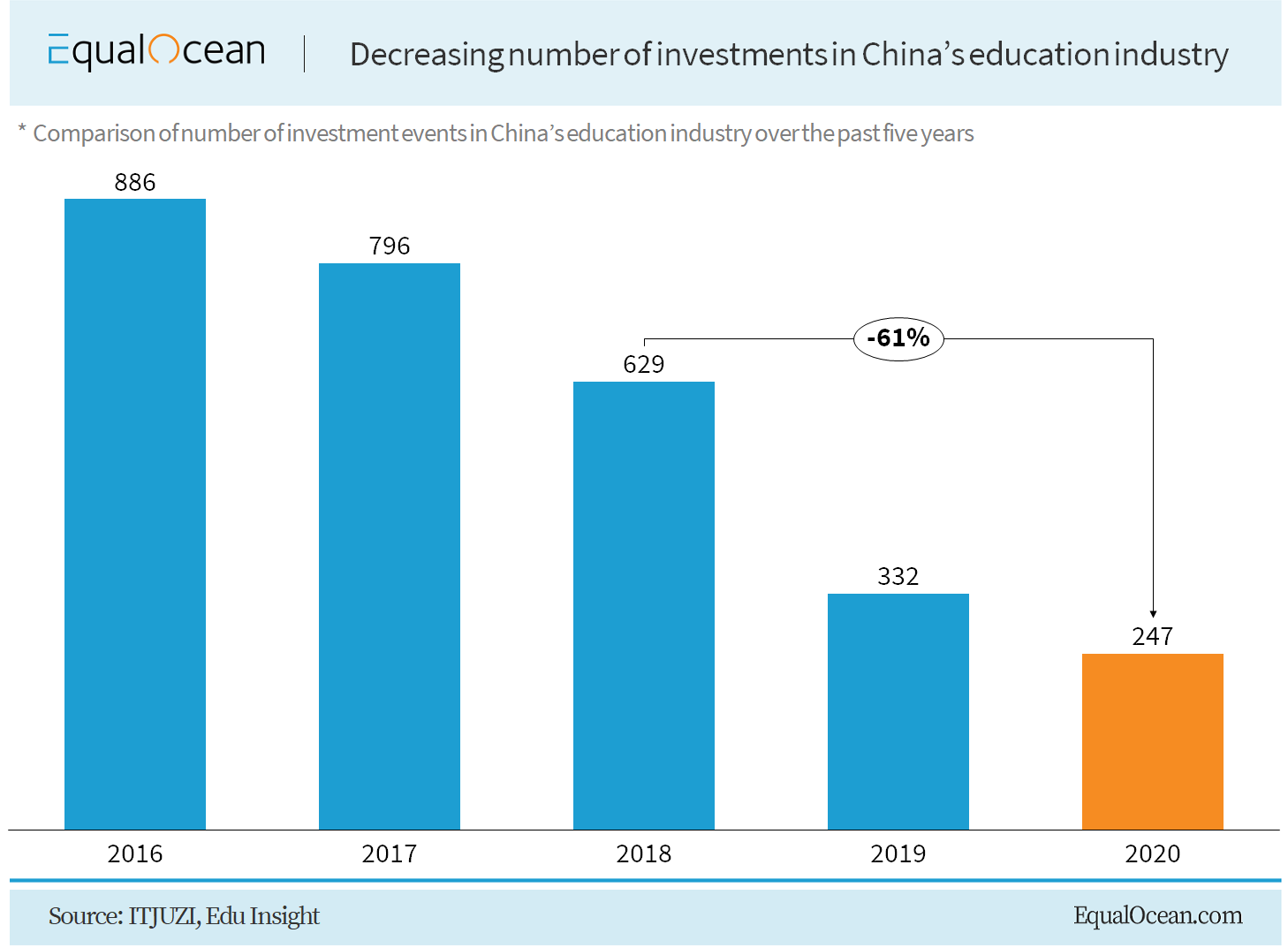 The industry saw only 114 investments and financing events during the first half of 2020. The overall investment scale slowed down, with a decline in monthly numbers compared with the same period last year. It was not until the second half of the year that the financing situation slightly recovered.

Financing continued to be concentrated in early rounds such as angel rounds, A rounds, and Pre-A rounds, accounting for about 42%. The overall number dropped significantly with the proportion of strategic financing becoming prominent compared with 2019. The potential reason could be that strategic financing is more inclined to industrial synergy rather than financial gains as the main purpose.

Although 2020 saw 42% of early rounds compared with the previous two years, the number of ‘Mega financings’ (billion-dollar-plus) increased sharply in 2020. The overall number of USD 100 million-plus financing reached 69, accounting for 28% of the annual number of investments. At the same time, the number of 10 million-plus financings was reduced; this also indicates that, in the later stage of 2020, later financing rounds such as C, D, E and G increased and capital seemed to favor the developments of relatively mature educational enterprises. In terms of geographical distribution, first-tier cities such as Beijing, Shanghai and Guangzhou are still areas with high investment rates, where Beijing accounts for 41% of the total investment, with Guangdong and Shanghai claiming the second and third spots respectively. When comparing with the data for 2019, it can be concluded that there were no major changes in the geographical distribution of the investment and financing in the education industry in 2020.

In 2020, 18 institutions made more than two investments in the education industry. Among them, EdBeta Fund, Tencent and BE Capital ranked in the top three, with nine, eight and six investments respectively.

The K-12 track has been popular for a couple of years now because of its own rigid demand and the business model is now mature. The tens of billions of financings in one month in 2020 are led by the 'influx' of K-12 education giants, such as Yuanfudao and Zuoyebang.

Looking back at 2020, the number of investment and financing events in the education industry has plummeted, and capital injections have become more prudent. In terms of financing rounds, the proportion of strategic financing has become prominent in the overall decline. The K-12 and early childhood education track are still hot, and the quality education, corporate service and vocational education track performed well.

Global EdTech started the last decade with USD 500 million of venture capital invested in 2010 and finished 32 times higher in 2020, at USD 16.1 billion, nearly double the previous record in 2018. 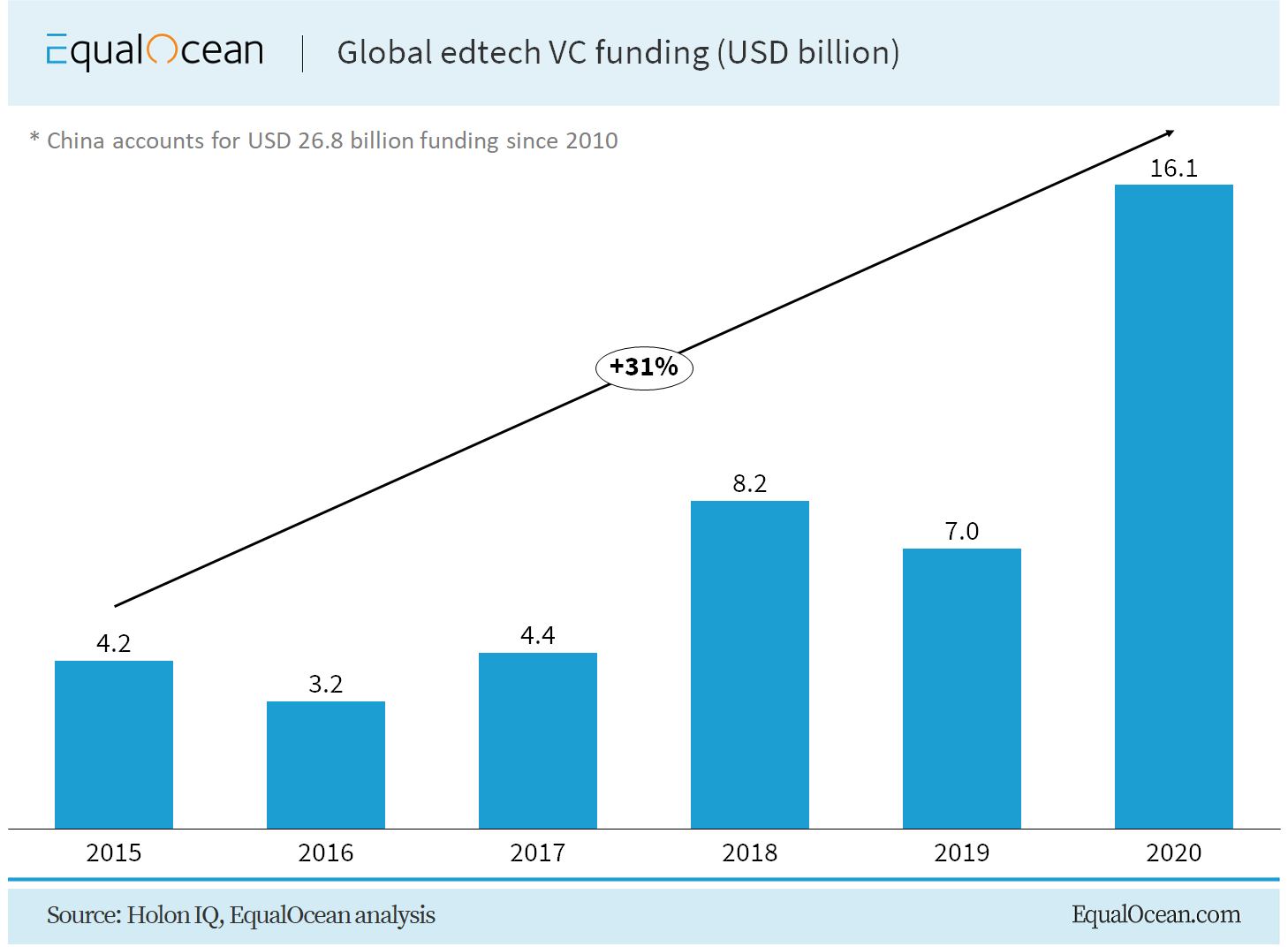 According to market research firm Holon IQ, there are over 1,500 EdTech VC deals in 2020, which workforce represented almost half of them and K-12 took almost one-third. 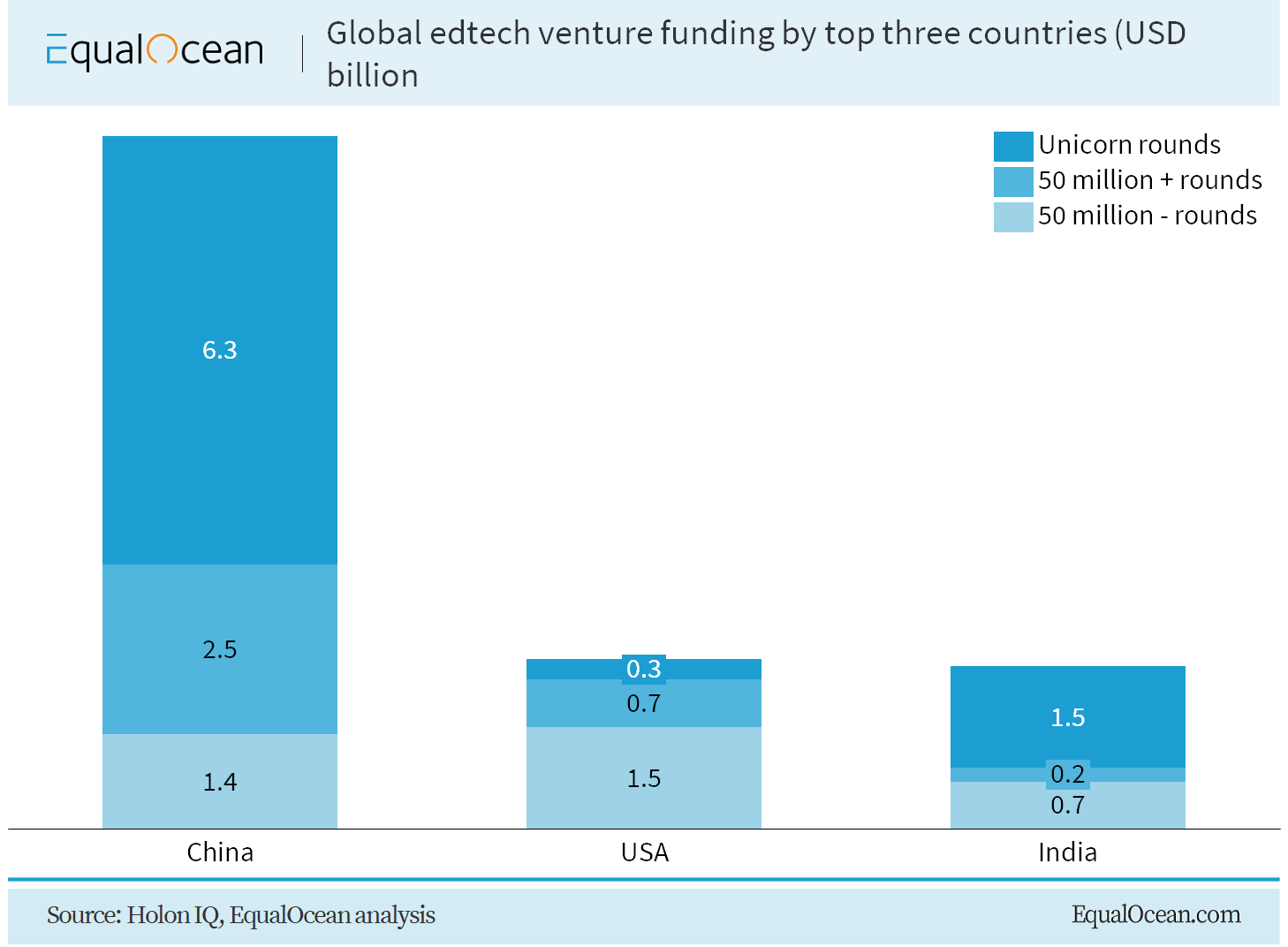 China accounted for almost two-thirds of VC funding in 2020, while investments in the US and India were each valued at around USD 2.5 billion. EdTech Unicorns raised USD 8 billion, marking more than half of the EdTech VC in 2020. More specifically, fundraising from Unicorns in China accounted for half of the total 2020 global EdTech VC investment. The same dynamic was reflected in India on a smaller scale, whereas the US maintains a broader and perhaps more diverse foundation of smaller fundraising rounds.