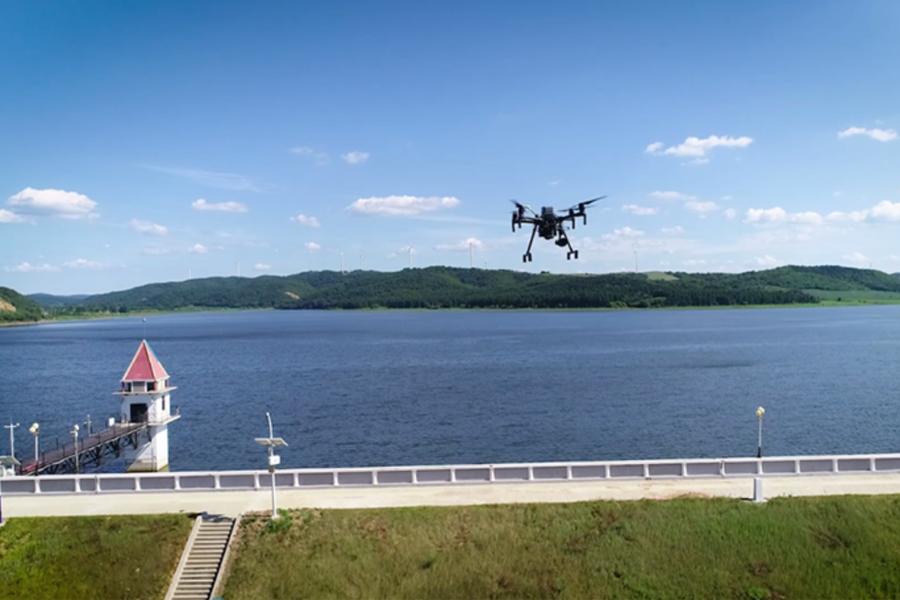 On occasions involving danger, like inspecting power grids and monitoring the upkeep of offshore wind farms, the use of unmanned aerial vehicles (UAVs) or drones is omnipresent nowadays. In the beginning, UAVs were mostly used for military target practice and surveillance, in order to ensure public security. Subsequently, commercial UAVs emerged and grew into a mature ecosystem that can now be considered a separate industry.

FOiA Drone, a Shanghai-based technology company, has demonstrated how UAVs can permeate into different business scenarios, from inspecting power lines and building crops to aerial photography. The company focuses on researching and developing industrial UAV systems that apply to security, transportation, and infrastructure maintenance, among other fields of application. Its flagship products include the MindSky series that relies on artificial intelligence to empower work productivity.

FOiA Drone started developing UAVs in 2016. By May 2020, the company had launched the third generation of the MindCube UAV system, which realizes instant takeoff, automatic homing, automatic power change, and a self-charging process. By installing the MindBot chip technology, UAVs can run flight algorithms and thereby achieve a fully automated flight operation with remote control.

As well as galvanizing the UAVs market boom in China, the central government's policy has also accelerated the development of drone technology. The Chinese Ministry of Industry and Information Technology made an announcement (link in Chinese) that from 2018 to 2020, the state would focus on promoting the integration of artificial intelligence and the economy, in particular with the intelligent network of UAVs that are used in power patrol, industrial inspection, security and emergency rescue scenarios.

Under the strong government support, according to the Research Center of Unmanned System Strategy Development (link in Chinese), in 2019 China's industrial drone market had reached a value of CNY 15.2 billion, a YoY increase of 18%. By that time, there were 7,149 civilian drone business licenses issued to Chinese companies, up 76.56% YoY. Referring to AsiaPerspective, the Chinese drone market has been experiencing momentous growth and is projected to grow at a CAGR of 40.57% between 2017 and 2024. The volume of drones will witness an aggressive growth of 25.6% in 2022, expecting 3.08 million drones by 2025.

One reason why UAVs are globally popular is their core nature of shaping commercial markets in different industries, including energy, construction, utilities, agriculture, and mining. In this case, FOiA Drone specifies its UAVs as applicable to a plethora of industries – ranging from public security, environment, energy, transportation, to patrol.

Apart from spanning different markets, UAVs represent alternative solutions to expensive labor costs in China. According to the National Bureau of Statistics, the average salary of an individual increased with a CAGR of nearly 10.0% from 2015 to 2019. From a macroeconomic perspective, Chinese enterprises have been facing the recruitment dilemma of hiring skilled laborers with comparatively high salaries. Industries with a low degree of automation especially require labor-intensive work procedures that undoubtedly prompt higher costs for business operations. Under this circumstance, enterprises have been actively exploring opportunities to construct a value chain using automated robotic machines. The mechanized mode of operations may significantly reduce operating costs, where drones and UAVs allow for groundbreaking approaches.

During the same period, China's urbanization rate had increased from 56.1% to 60.6% while the rural population was rapidly migrating to major cities and towns. The severe outflow of the rural population had led to a sharp decline in labor-intensive agricultural works. As one of UAVs' applications takes place in agriculture, these drones can effectively conduct fully automated forest patrols and monitor rivers, reservoirs, and lakes. Through these scenarios, UAVs can offer cost-saving plans for farmers to quickly map the farmland, improve spraying accuracy, monitor livestock, report on crop health, and more.

To kickstart with these applications, FOiA Drone has launched four versions of UAVs, including M300 RTK, M210 V2 RTK, The Warp Mavic 2, and Royal Mavic 2. These flagship products integrate with powerful artificial intelligence and interface to ensure a flexible control system. These products are also compact, with sophisticated aerial technology and tailored hardware and software combining to extend the visual dimension for better assessment of flight height. They have been widely adopted in professional scenarios for multiple industries like security, inspection, and construction.

Some of the company's successful customer cases include its incorporation with NARI Group Corporation (link in Chinese), a national whole set supplier of electric power equipment. Because this power company had increased the length of electric transmission lines, it required a huge number of professional inspection personnel by means of manually operated drone inspection. While performing these tasks, it is necessary for people to control and operate the drones for a long time, which requires staff to have a high degree of mental concentration. In this case, accident rates kept climbing due to unexpected drone crashes that occurred on a daily basis. Therefore, the low inspection productivity cannot meet the higher demand for ubiquitous IoT construction.

To solve these problems, FOiA Drone uses UAVs to realize fully automated power exchange and charging. Some specific processes require equipment assembly and battery replacement. The company used the core image recognition technology to solve the issue of automatic takeoff and landing, achieving unmanned and remote control to reduce the demand of inspection personnel at the operation site. The technology can satisfy DRTK, SLAM, and 3D path planning through AI image processing and flight control fusion. The low-latency communication and real-time AI processing in the cloud platform has significantly improved the quality of inspection data and recognition quality.

FOiA Drone is capitalizing on its core technology and has been actively participating in turning drones into a fully-fledged industry. Judging from the spike in drone industry growth in China, the company holds a certain degree of potential to apply UAVs across various new business fields.