The game streaming and esports industry is experiencing rapid growth worldwide. China, with the largest gaming and esports community in the world, is anticipated to hold a significant market share. 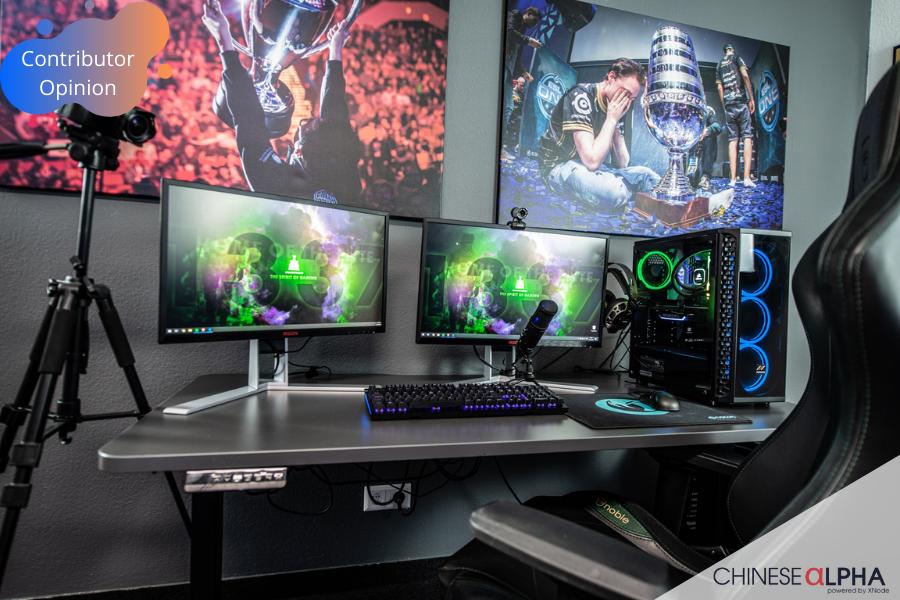 The most prominent Chinese companies in the game streaming and esports industry are Huya (HUYA:NYSE) and DouYu (DOYU:NASDAQ), which together control 80% of the country's market. These companies are both Tencent-backed businesses and are due to merge at some point this year. If the merger is approved, Huya will control and dominate the majority of the Chinese market, potentially expanding and acquiring more market share abroad.

Despite this, Huya's share price has tumbled substantially over the last 3-months following a multi-year breakout of price. This can be attributed to regulatory scrutiny of the merger and increased inflation expectations. Alongside, continuous pressure from Bilibili, the third-largest Chinese esports streaming company, with a diversified revenue stream.

This can prove to be a fantastic long-term investment opportunity in owning shares of a leading and vibrant business, in a quickly expanding industry at potentially discounted prices.

Huya Inc was founded in Guangzhou in 2014 and incorporated in the Cayman Islands. Its mission is to operate gaming and esports live streaming platforms to connect broadcasters and their audience. The content covers a wide variety of media from talent shows, anime, outdoor activities, live chatting, online movies and many others. Furthermore, the company operates Nimo TV, a live streaming platform designed for foreign consumption where its audience is primarily in Southeast Asia, the Middle East and Latin America.

The Chinese online game streaming industry is undergoing a boom period where the industry worldwide is expected to grow at a CAGR of 9% over the time period from 2021 to 2026, with China being the centerpiece of innovation and market domination with Huya being in pole position as the largest Chinese game streaming business by revenues (USD 2.61 billion in Q1 2021 vs its competitor DouYu's USD 2.15 billion).

The game streaming culture is different in China: in the West, money is typically made primarily from advertisement services and subscriptions, whereas in China 95% of Huya's revenues comes from gifting and user donations to streamers. Furthermore, China is a mobile phone dominant country where users access and use the platforms through such means.

Huya's business model can be summarised in these bullet points:

Consumer engagement – the primary target audience is the younger generation who use social media and the Internet as a tool to communicate. Huya with this in mind creates in-built functions such as bullet chatting, live comments and gifting.

Game streaming – Huya's primary focus is on live-streaming gaming content and tries to sign the best streamers and gamers to the platform. The most popular gaming titles are League of Legends, King of Glory, PeaceKeeper Elite and PlayerUnknown's Battlegrounds.

Other entertainment content – to attract a wider audience Huya offers talent shows, anime, outdoor activities, live chats and movies and incentivizes its broadcasters to promote this content to their viewers.

Broadcasters – the broadcasters consist of qualified professional gamers alongside amateurs who can showcase their gaming skills and talents. They are managed by talent agencies and given personalized training to improve audience stickiness.

Others – the company develops and operates mobile games jointly with third-party distribution platforms, and game-related apps.

The Chinese online gaming market is still at an early stage and has already shown rapid growth and increasing profitability. This can be attributed to China having the largest gaming population in the world with over 630 million gamers and being the global hub of esports where analysts project an increase of 100 million esports gamers in 2021 alone.

There is still plenty of future growth left for Huya with potential opportunities such as selling media rights, ticketing, selling merchandise and increasing advertisement services which can all serve to grow the top line of the company.

Furthermore, the Chinese gaming and esports industry has a high barrier of entry resulting in a duopoly between Tencent-backed companies DouYu and Huya. This control of market share results in the best streamers gravitating towards these platforms and are thus able to host large e-sports events drawing in the attention of viewers. DouYu and Huya are expected to merge at some point this year, however, the deal is currently under the scrutiny of Chinese regulators. If the deal is approved, the new entity would control 80% of the Chinese market whilst holding exclusive rights to stream Tencent Games, which is a massive competitive advantage over other competitors such as Bilibili, the third-largest esports streaming company in China.

Disclaimer: This article's content is intended to be used solely for informational and educational purposes, and not as investment advice. Always do your research and consider your personal circumstances before making investment decisions. Neither EqualOcean nor ChineseAlpha is not liable for any losses that may arise from relying on the information provided.