Explainer: What Is SAMR, the Sheriff of Chinese Markets

China's State Administration for Market Regulation (SAMR) has launched multiple probes targeting a range of companies and industries as the country's government clamps down on market regulation. 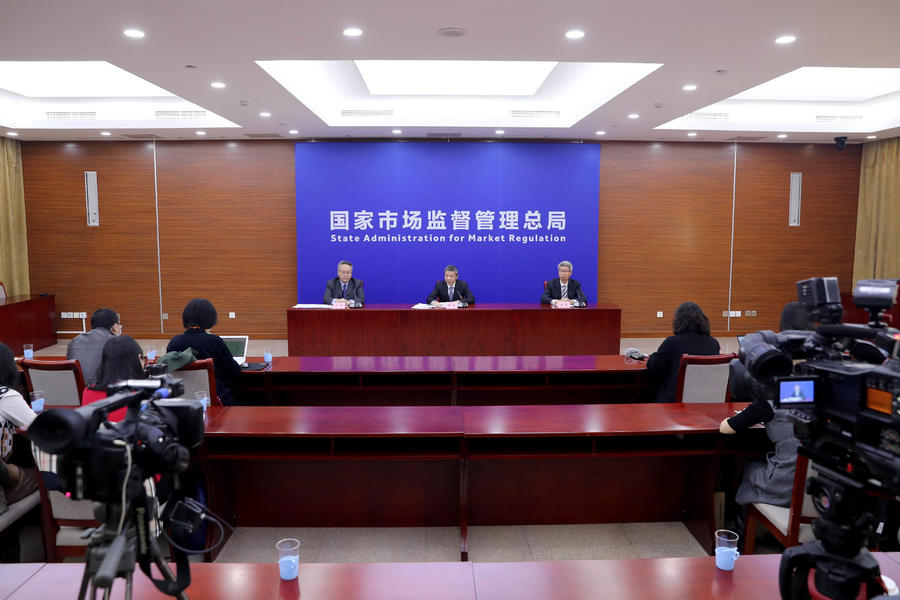 One of SAMR's recent investigations targeted China's chip distributors in the auto industry on August 3, 2021. "In response to the prominent problems such as speculation and high prices in the automotive chip market, the State Administration for Market Regulation has recently filed an investigation on car chip distributors," the agency reported (this and the following links are in Chinese).

Prior to this investigation, SAMR had filed several probes over core companies in the Internet industry, including Tencent and Alibaba. On December 24, 2020, SAMR had filed an antitrust investigation on Alibaba Group Holdings Ltd. over the suspected monopolistic practice of 'picking one from two.' On April 10, 2021, SAMR publicized the administrative penalty decision on Alibaba for its illegal monopolistic acts and imposed a fine of over CNY 18 billion (USD 2.75 billion) on the company.

On March 17, 2018, China's National People's Congress approved a government restructuring plan and established the State Administration for Market Regulation (SAMR). It is a governmental authority that merges previous bureaus and serves as a market regulator in various public areas, overseeing all aspects of society from drug safety, quality inspection, fair market competition, commercial bribery, monopolies, intellectual property and the issuance of business licenses.

SAMR streamlines multiple bureaucracies as part of the reshuffling of several government bodies to eliminate duplication of work, promote regulation and enhance coordination between ministries. The establishment of the SAMR led to the abolishment of several previous bureaus, such as the State Administration for Industry and Commerce (SAIC), the General Administration of Quality Supervision, Inspection, and Quarantine (AQSIQ).

Internally, SAMR consists of over 800 employees and is hiring more these days. In 2021, this government agency has continued to expand, with increased recruitments for ten institutions under SAMR, which has hired 109 employees this year.

The agency has made a few major moves beyond the tech giants' woes in recent years. An example, this year saw SAMR's announcement of product quality supervision and sampling plan focusing on the implementation of China's 14th Five-Year Plan to adhere to production and circulation. In this regard, based on reported cases, SAMR conducted the fertilizer market investigation on distributors in August, targeting the rapid rise in prices recently. The agency has also implemented interim measures for managing the list of enterprises in serious breach of law in the food industry.

Since 2018, SAMR's Anti-Monopoly Bureau has concluded 299 monopoly cases with total fines exceeding CNY 20 billion. In March and April of 2021, SAMR executed penalties on illegal implementation in the Internet field. Subsequently, the organization opened an investigation into 22 cases of illegal implementation of operators in the Internet market. This has drawn the public's attention to governmental control of the competitive Internet market. According to Articles 48&49 of the Anti-Monopoly Law of the People's Republic of China, the administrative punishment imposes a fine of up to CNY 500,000 on firms that violate the law. Among these 22 cases, 10 were associated with equity acquisitions, such as Alibaba's acquisition of China Minmetals Corporation.

It is foreseeable that SAMR will continue to carry on the supervision principles to regulate different industries in China. The director of the Anti-Monopoly Bureau, Wu Zhenguo, reinstated the current focus of anti-monopoly work aiming to strengthen the enforcement in core industries and improve the anti-monopoly legal system, including pharmaceuticals, automobiles, utilities and other key industries..

"We have concluded China's anti-monopoly enforcement practices and completed the revision of the Anti-Monopoly Law on the basis of referring to other countries' practices, aiming to further improve our anti-monopoly legal system," the director claimed.

In addition, he stated that after the institutional reform, the agency will continue to strengthen the cooperation with the EU, Japan, Korea, Philippines, Serbia, Belarus and BRICS countries to refine antitrust regulation. Thus, the bureau is working on positioning the competition policy to manage international corporations in the field of anti-monopoly.