Amid the Digitalization Boom: ZhongAn is Speeding Up

ZhongAn starts to show its forte in the race over online insurance. 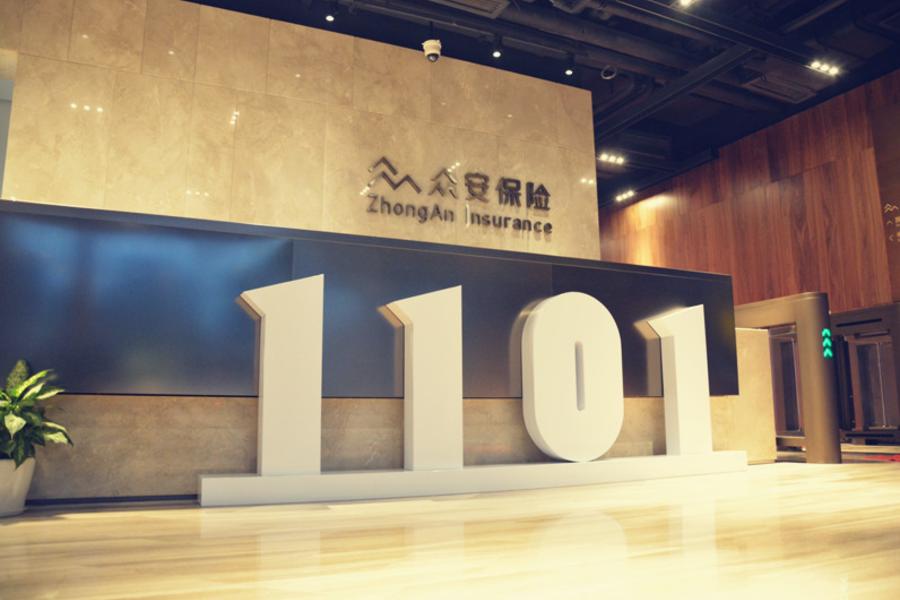 You may not be familiar with the name of 'ZhongAn Online,' but if its top three shareholders are named Ant Technology, Tencent and Ping An, then an informed reader should know a thing or two about it — at least, there are some strong tech genes.

Founded in 2013, ZhongAn Online P&C Insurance Co Ltd (hereinafter ZhongAn) was the first online-only - branchless, in other words - insurance company in China. It was listed on the main board of the Hong Kong Stock Exchange on September 28, 2017 (6060:HK). ZhongAn is one of the few professional online insurance companies in China. Its domestic competitors include Taikang Online, AnXin Insurance and 1An Insurance. As of press time, ZA Online was priced at HKD 31.05 per share, sliding over 20% from the same period last year.

From the initial channel change to platform innovation, online insurance has gradually evolved into a complex ecosystem. By the end of 2020, 146 companies in China had started online insurance businesses, with a total premium of CNY 298 billion for the year, or 6% of the industry total, a China Banking and Insurance Regulatory Commission official said in Tsinghua PBCSF Global Finance Forum in May 2020. With the wave of digitization, the online insurance industry is ushering in a new period of strategic opportunities, where ZhongAn looks ready to seize this chance. Online-only insurer ZhongAn handed over a decent answer in the first half of 2021. It achieved a net profit attributable to shareholders of the parent company of CNY 755 million in H1 2021, helping its net profit jump 54%, and the company also swung from the underwriting losses of CNY 263 million to an underwriting profit of CNY 49 million.

This surge could be largely attributed to its ecosystem-oriented insurance services. According to ZhongAn's 2021 interim results, the gross written premiums (GWP) totaled CNY 9.84 billion, showing a 45.4% increase from the same period last year. Four ecosystems (Health, Digital Lifestyle, Consumer Finance and Auto) are set to provide innovative insurance products in collaboration and further empower its growth. The current premium per insured customer has increased over 40% since last quarter, while the paying users in Q2 2021 first passed the 9 million mark. However, when it comes to its peers worldwide, the large gap in P/S ratios warrants a revaluation. Among the five ecosystems in ZhongAn's initial business landscape, the 'Travel' was de-listed for the first time in the annual report of 2020. "We are not giving up this business; it's an optimization", the company's spokesperson told EqualOcean in a phone call, "Instead, the Travel Business is now integrated into the 'Digital Lifestyle' section." In fact, this so-called optimization is understandable: the growth rate of travel GWP has decelerated gradually since its establishment and in 2019 it first had negative growth of -11%. Its extremely high channel fees further make things worse. It might be wise to strip these burdened businesses to improve the overall channel fees, achieving the maximization of sources available. From a cloud-based platform to a technology 'exporter', ZhongAn keeps strengthening its tech genes.

In the first half of 2021, the company invested CNY 480 million in research and development, increasing by 13.3% in comparison with the same period last year. With nearly half of the employees being R&D personnel, ZhongAn keeps leveraging its ability to innovate. This continuous R&D investment has had a technology enabling effect on its business chain, where the technology export revenue achieved a 121.7% YoY growth and reached CNY 266 million in H1 2021. Some other efforts to reshape users' experience and maximize efficiency are also worthy of notice. In 2016, ZhongAn Technology was founded to focus on exporting technology solutions to domestic and foreign business partners, aiming to empower other insurance companies' digital transformation. And in 2020, the first Hong Kong virtual banking company - ZA Bank - and fully digital insurer ZA Insure were launched one after the other, becoming the most inclusive one-stop financial services platforms in Hong Kong.

But all the above are past efforts. If we look at this year, we see that ZhongAn has even started to accelerate its efforts. On 15 October 2021, Xing Jiang, CEO of ZhongAn Insurance, announced the 'Digital Insurance Eco-Cube Program' on its open day, aiming to achieve the convergence of 'insurance + technology + services', where technology is perceived to be the core power to better tap into farther businesses.

As online insurance has entered the fast lane in recent years, the 'grey market' related problems have become increasingly rampant. Mutual aid platforms are one example. However, we believe this crackdown should be positive for industry leaders such as ZhongAn from the long-term perspective. After all, more sustainable industrial development and competition can only be achieved on regulated operations, improved service quality and product innovation – not through the malignant pricing campaigns, misleading advertisements and unethical use of privacy.

Check out our previous article about China's crowdfunding industry:

Besides, ZhongAn's strong relationship with its core shareholders poses another concern for investors, just as its prospectus said "we would not be able to achieve our rapid growth without the support and resources provided by our shareholders." Nonetheless, this dependence has been declining gradually: Tencent has its own product; WeSure to stand out, Ant Technology uses AntSure to compete, while the collaboration with Ping An is somewhat stagnating. It is reasonable to question the negative effects due to the dissipation of resources. ZhongAn told EqualOcean that they have never stopped working on getting out of the shade of its shareholders, and their self-operated channels are the proprietary focus for long-term development.