Its founder, Yu Minhong, has recently increased his stake in the company – Goldman Sachs has followed the case. 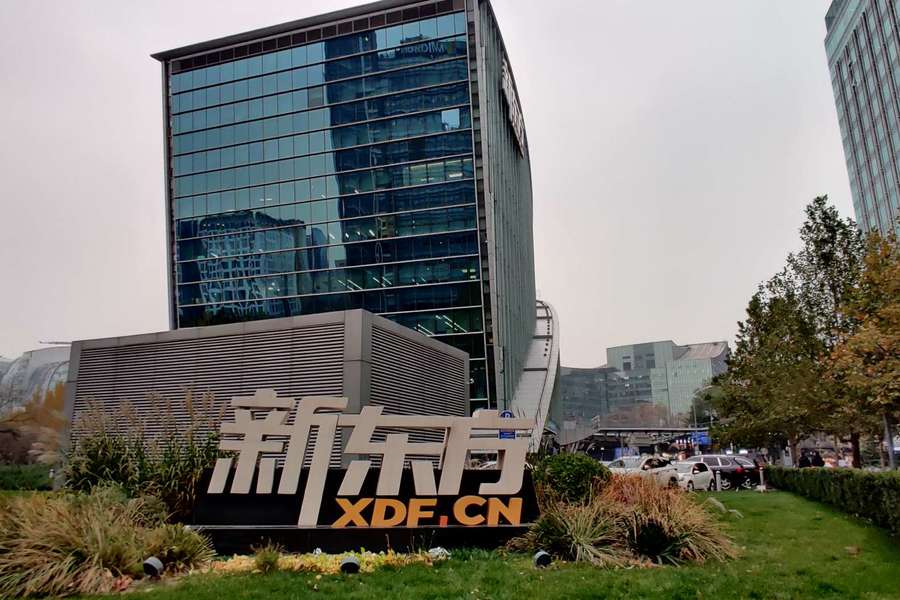 ●      New Oriental Education's share price (EDU) had declined by 88% YTD as of November 22, resulting from China's crackdown on private education.

●      At the same time, the company's leading position has been reinforced as small players are exiting the sector.

●      New Oriental is currently entering a number of new fields, including adult education and live e-commerce – although the outlook for this business expansion remains unclear.

●      The latest moves from the company's founder Yu Minghong and his backstory prove EDU is capable of overcoming adversity.

New Oriental's current valuation might not match its intrinsic value. Although the Chinese education sector still faces many uncertainties, the stock can bounce back in the long term as it's positioned uniquely to discover new growth drivers.

Although China's government has banned for-profit after-school tutoring services, EDU's leading position has been reinforced. The ban (link in Chinese) directly slashes huge shares of revenue for this domain's companies so that a number of them will certainly go bankrupt in the following period. Although an estimated (link in Chinese) 50-60% of EDU revenue is projected to vaporize, the company is financially stable and has nearly USD 1.6 billion in cash; it is also poised to benefit from relatively small players' exodus from the Chinese education industry.

Meanwhile, EDU and its peers are striving to find other ways to compensate for their losses. EDU is preparing to jump into the adult education field by providing postgraduate entrance exam-related services. The company also seems to be weighing the value of 'quality education' offerings and live e-commerce. While being in their infancy and not having any clear future outlook, these areas lack competitive incumbents and are easy to get in. EDU will leverage its 2C service experience and user data to play a major role there. 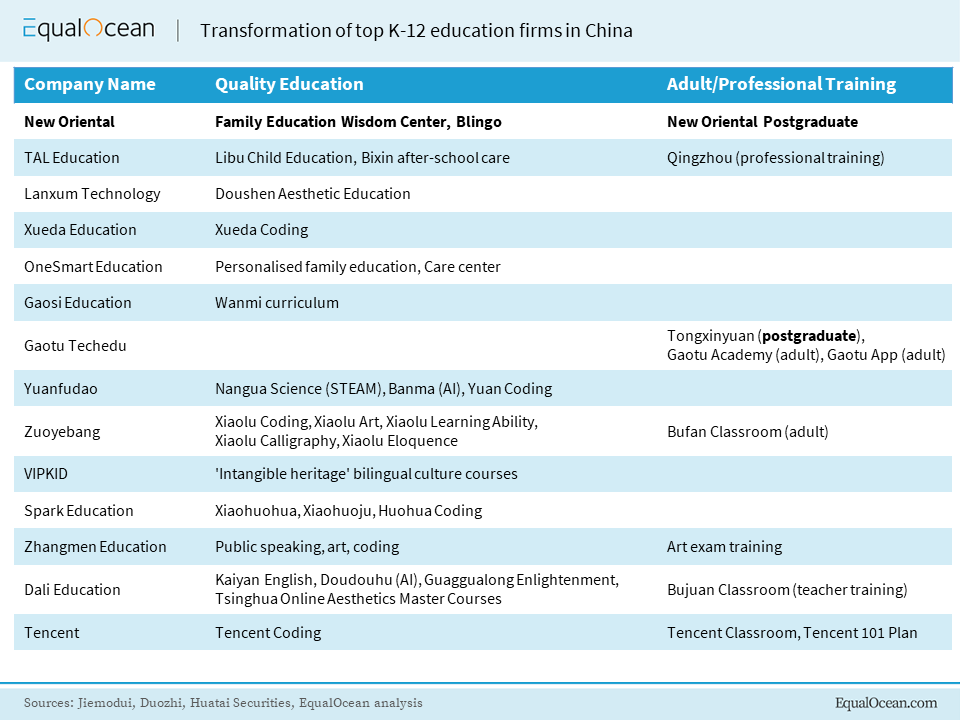 The founder of EDU, Yu Minhong, is famous in China for his legendary business story. He was born in a poor family, failed twice in the college entrance examination and was admitted into Peking University on the third try. Yu majored in the English language even though it was his worst subject in high school. His story shows he's capable of overcoming adversity and tenacity in life – after all, he once brought EDU's market cap to USD 20 billion. When the company witnessed the most significant challenges in its history, Yu also revealed his confidence, purchasing (link in Chinese) HKD 25 million of shares on November 17 and 18. Not only him, but also Goldman Sachs and Greenwood Asset Management have added positions recently.

It's hard to value EDU in a quantitative way at the moment, but its chances to get back on track are increased significantly by the company's attempts in the adjacent fields. The industry's largest player, EDU may become the first to be reborn due to its strong leadership and affluent history in the education sector.

CONTACT US
Scan QR code to contact us for professional consulting services
Next article
Looking for China's SpaceX: To Infinity and Beyond