OneConnect, founded in December, 2015 and headquartered in Shanghai, is a fintech service cloud platform. The founder is Ye Wangchun. Listed on the NYSE on December 13, 2019, the company's major shareholders are Shenzhen OneConnect Technology Co.,Ltd. Rivals that have direct and indirect competition with OneConnect include Ant Financial, Tongdun Technology, Acorns, Addepar, etc.

OneConnect, founded in December, 2015 and headquartered in Shanghai, is a fintech service cloud platform. The founder is Ye Wangchun. Listed on the NYSE on December 13, 2019, the company's major shareholders are Shenzhen OneConnect Technology Co.,Ltd. Rivals that have direct and indirect competition with OneConnect include Ant Financial, Tongdun Technology, Acorns, Addepar, etc. 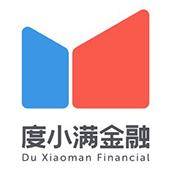 Ping An Bank released the financial results for the first half of 2020 on August 27. The revenue increased year-over-year by 15.5% to CNY 78.3 billion, the pre-provision operating profit (PPOP) rose by 18.9% to CNY 56.15 billion. At the end of June 30, Ping An Bank has total assets of CNY 4.19 trillion, which is an increase of 6.1% compared to the end of 2019. What is more, the total debt lending amount reached over CNY 2.5 trillion with a run-up of 8% from the end of December 2019. The retail business, which the company is focusing on, has recovered from the pandemic. Thel retail proportion in the total credit lending jumped up to 56.5%, which was mainly contributed by the mortgage. The car loan and the credit loan balance decreased. Asset under management (AUM) maintained the fast-growth, rose by 17.1% in the six-month period to CNY 2.32 trillion. However, the net income didn’t meet the expectation, posting an 11.2% drop to CNY 13.68 billion.  Ping An Bank (000001:SZ), controlled by the Ping An Group with 52.38% of the shares, founded in 1987, is one of the largest and fastest-growing urban commercial banks in China (check out our previous article on why it is a value stock). The company went public in 1991, becoming the first publicly traded commercial bank in China.  After the financial result was released, the stock price of Ping An Bank slightly increased, closing at CNY 14.46 per share on August 27. At the same time, its parent company, Ping An Group, released the financial performances. Ping An Group posted its financial result for the first half of 2020 on August 27. During the six-month period, the company recorded an operating profit of CNY 74.31 billion with a small increase of 1.2%. The net income decreased year-over-year by 28.2% to CNY 75.97 billion. Even under this downturn, the company paid cash dividends of CNY 0.80  per share, which grew by 6.7% from the end of 2019.  Dissecting Ping An Group's performance by segment gives us quite a few insights. The life health insurance posted operating income of CNY 51.54 billion with a run-up of 6.4%. The premium from property insurance rose year-over-year by 10.5% and its market share went up by 0.5%. Ping An Bank (000001:SZ), recorded a 15.5% growth on revenue (check out its financial result). The technology sector performed best. At the end of June 30, the total valuation of technology companies reached over USD 70 billion with Ping An Good Doctor (01833:HK) surged by 108% and OneConnect (OCFT:NYSE) ran up by 84% (check out its financial results for 1H). The registered users of Ping An Good Doctor (read more in our latest article on the company) reached over 346 million, the daily diagnosis volume jumped up by 26.7% during the first half of the year. Online healthcare business income surged by 106.8%. What is more, the revenue of Autohome (ATHM:NYSE), an online service platform for automotive consumers, posted a slight drop of 1.6%, which still outperformed the market with vehicle sales dropping over 22.4% in China during the six-month period.  Ping An Group is one of the largest financial conglomerates in China, with the business deploying in almost all financial service fields, such as insurance, banking, asset management, securities, and technology. Some star companies in the technology sector are in the center of the public discussion. One Connect and Lufax, the two largest fintech arms of Ping An Group, now worth over USD 8.5 billion and CNY 270 billion. Ping An Group went public in 2007 on Shanghai Stock Exchange with the ticker of 601318.