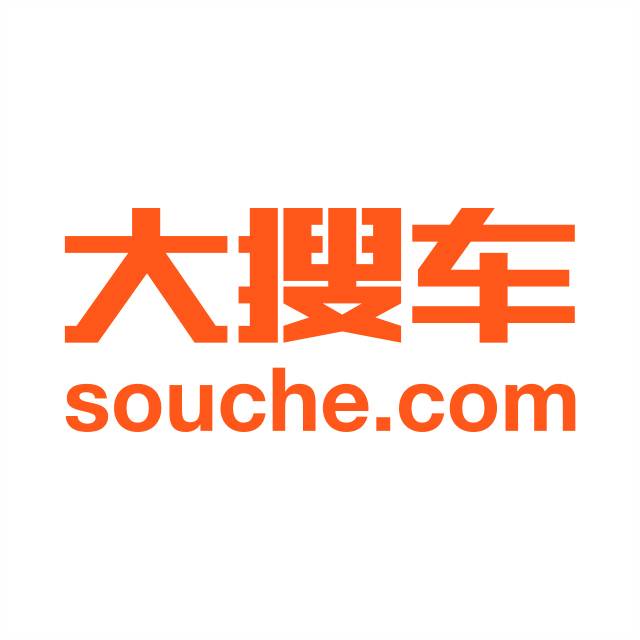 Souche, founded in January, 2012 and headquartered in Hangzhou, is a new car retail and new financial platform. Established by Yao Junhong, Liu Zuohong, Yang Zushan, Kong Bofei and Li Zhiyuan, the company has received financings from Primavera Capital, Alibaba, Warburg Investment and so on. Rivals that have direct and indirect competition with Souche globally include Chehaoduo、Taohaoche、CarZar、BeliMobilGue, etc.

Souche, founded in January, 2012 and headquartered in Hangzhou, is a new car retail and new financial platform. Established by Yao Junhong, Liu Zuohong, Yang Zushan, Kong Bofei and Li Zhiyuan, the company has received financings from Primavera Capital, Alibaba, Warburg Investment and so on. Rivals that have direct and indirect competition with Souche globally include Chehaoduo、Taohaoche、CarZar、BeliMobilGue, etc. 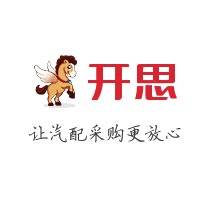 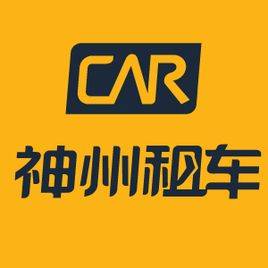 Where is the strength for Souche's new retail model for used cars? The automobile aftermarket comprises services and parts businesses. Together, the two businesses in China deliver revenue of around USD 100 billion in 2017, playing an important part in the overall automobile industry. The Chinese automotive components aftermarket sector generated an estimated revenue of USD 78.7 billion in 2017, representing a compound annual growth rate (CAGR) of 17.5% between 2013 and 2017. During the period, the car parc grew from 137 million units to 217 million units. The average warranty period for vehicles in China is typically 3 years. By 2017 the average age of cars is estimated to increase from 3 years to 4.5 years, the age when spending on aftermarket parts and services typically peaks, according to L.E.K. This aging of the fleet is expected to result in the number of “out of warranty” vehicles dramatically increasing. The anticipated aftermarkets boom will allow independent dealers and franchises to gain traction as channels for auto aftermarkets in China diversify. The 4S mode has been replaced by businesses modes like B2C (business to customer), B2R (business to retailer) and B2B online platform. When it comes to stakeholders, the aftermarket is made up of five stakeholder groups and two supplier models (OEM network and the independent aftermarket). Five players are Parts manufacturers (OEMs, automotive suppliers, etc.), parts distributors, workshops (OEM workshop networks, auto centers, system chains, etc.), intermediaries (insurances, automobile clubs, leasing companies, etc.), end-customers. IAM is highly fragmented, and no single player is capable to serve the entire market. B2C players, also known as DIY (do it yourself), target at well-informed customers with advanced technical knowledge. There is less or even no DIY culture in China compared to mature markets such as the US and Europe. China’s car owners rely on workshops, 4S stores and regional services stores that provide simple and regular services such as car wash. B2B e-commerce platforms are ‘game-changers’ Key players along the value chain are collaborating, both vertically and horizontally, in order to strengthen their market influence and share resources (see chart on next page). EqualOcean has seen one type of disruptor emerging in the market and represents how the Internet is changing the auto parts supply chain landscape – consolidators. The consolidating players along the value chain and compete through a digital distribution platform.  Optimizing parts distribution efficiency These players aim to develop into the go-to place for auto parts, covering the full transaction lifecycle, including marketplace, warehousing, and logistics. That requires a series of system to support information flow, merchandise flow, and logistics. Take AutocloudPro for example. Its display page uses a SaaS system to streamline the parts searching and matching process. It provides ERP tools to enable upstream OE suppliers (distributors or auto parts makers) to take quality assurance initiatives and track supplies effectively. In addition, leveraged by WMS, TMS and other fleet management software, the B2B platform offers low-cost and efficient parts delivery services. Each B2B auto parts consolidator has a niche to be diversified Most of the consolidators team up with a wide portfolio of international auto parts suppliers but they have a different product mix. Wear-and-tear parts usually have high turnover/transaction frequency and fewer SKUs compared to crash-relevant parts. AutocloudPro, a cloud-based auto parts supply chain firm, specializes in selling crash-relevant parts. Its product portfolio has tens of millions of SKUs (2018) covering 130 OEMs brands. New Carzone focusing on wear-and-tear parts has 80,000 SKUs (2017). CassTime is an online player for auto parts with a broad portfolio and focuses on auto parts of premium car brands. By focusing on premium brands, it has 20 million SKUs, which is a highly standardized and trustworthy foundation compared to leftovers. The strategy makes it easier to build industry standards. Baturu, offering a broad portfolio of auto parts, has built 4 central warehouses in North China, South China, East China, and Central China. It looks to expand into seven at the end of 2019. Its newly established North China central warehouse located in Tianjin comprises 950,000 SKUs and services 100,000 partners. Cooperation, merger or self-expansion are all expected to happen in the foreseeable future. Areas that create value add for customers Major players are supposed to cooperate with financing institutions to provide financing solutions for workshops or suppliers (sometimes both) to ease cash flow pressures. In this case, credits can be given based on transactions via the platform. B2C evolves towards both parts and workshops It is widely accepted that DIY/B2C modes may not work out in China as mentioned before, Tuhu has though proved its virtuous business cycle: end customers can find retailers/workshops and their offers (parts and services) nearby. Customers are able to compare price and service offerings on its platform. The B2C platforms are either opening services stores or cooperating with offline workshops to provide O2O services. Tuhu, for instance, allows car owners to directly purchase auto parts online and have them installed in the designated offline service shops. It established a match-making portal for end customers and proved its success as a B2C platform valued at CNY 7.7 billion (USD 107 million). It started its business from tires (low margins and low purchasing frequency). Tuhu later expanded its B2C product portfolio from tires to wear-and-tear parts and insurance.

5 Automobile Predictions for 2019 From Alibaba

8 Jan, 2019 /EqualOcean/ - Chinese tech giant Alibaba built its business around e-commerce in the past decades, it has now become one of China's three tech kings, collectively known as the BAT (Baidu, Alibaba and Tencent). But now, the giant becomes more and more interested in the automobile industry in China by investing and acquiring dozens of companies in the industry sector, and has built an "Alibaba Automobile Ecosystem." The company released its "Automobile Industry Predictions For 2019" on Monday, in which 10 executives from Alibaba's "automobile ecosystem" companies shared their opinions on what they saw as the key milestones of 2018 and what they think is in store for 2019 in the automobile industry of China. Here are 5 of them worth sharing. Concept cars are no longer enough "Without real mass production of cars, none of the new car-making startups will survive in the year of 2019," said HE Xiaopeng (何小鹏), CEO of Xiaopeng Motors (小鹏汽车), an Alibaba-backed autonomous vehicle maker. At the end of 2018, Xiaopeng Motors released its first mass-produced electric SUV Xpeng G3. In the past few years when autonomous driving became an entrepreneurial hot spot in China and capital poured into this area, a great number of autonomous driving startups were founded, but what they returned to the community were mostly what they called "concept cars," which are often radical in self-driving performance and design, but unlikely to be mass-produced. "I think there will be two trends in 2019," said HE Xiaopeng. "The first one is polarization, which means the gap between top companies and small companies widens; the second trend is that only with real mass-production of their cars will autonomous driving car makers survive in this year, because the autonomous driving industry has to be tested by the market. " Digitalization is the keyword of auto market YAO Junhong (姚军红), founder and CEO of Souche (大搜车, Dasouche) , another Alibaba-backed auto new retail platform company, suggested that the auto market will enter a phase of adjustment in the next two years, and digitalization of auto market will be the keyword. "As consumer confidence wanes, and the excess capacity of auto industry increases, the whole market will be more chaotic than it is now," said YAO Junhong. "I think the opportunity is the digitalization of auto trading, which will not only improve the efficiency of the industry, and also popularize the concept of 'auto new retail,' and increase the user values and auto sales by providing them with a lower price," said him. Level 3 autonomous driving's rapid development "Level 3 autonomous driving is entering a period of rapid development in 2019," said WEI Dong (韦东), president of Gaode's (高德) automotive division. "In next 5 years, the process of self-driving development will speed up, and the progress of mapping and locating technology will make driving more interesting and efficient," said him. According to WEI Dong, a better navigation system associated with traffic big data will bring a much more relevant, personalized and intelligent kind of service to drivers, because a high-precision navigation system will provide the accuracy that a vehicle requires to be self-driving, and the traffic big data can analyze drivers' personal driving preference and provide the optimum path planning. On the other side, with the rapid developing of Level 3 (SAE) autonomous driving technology, high-precision navigation system and traffic big data will improve the cooperative vehicle infrastructure system to make sure that vehicles know the road ahead in advance. "These improvements will provide people with a safer and more comfortable driving experience, and an enormous boost of travel efficiency," said WEI Dong. The year of high-precision mapping "2019 will be the year when high-precision mapping technology can be applied to people's daily driving," said NIAN JinFei (年劲飞), general manager of the autonomous driving division of Qianxun Spatial Intelligence (千寻位置), a leading high-precision positioning service provider and also a joint venture of Norinco Group (中国兵器工业集团) and Alibaba Group. "While we are reaching the summit of the development of autonomous vehicle, high-precision locating and mapping technology will be standard on all modern cars, more and more vehicles will have the ability to located themselves to centimeter-level accuracy. In this situation, we will see a major improvement of the country's road efficiency," said him. Big data is the core competency LIU Fei (刘飞), general manager of Alibaba Cloud's automotive and autonomous driving division, believes that the ability to build and operate big data platforms is the core competency of new car makers. By doing this, car makers will gain a whole set of advantages, according to LIU Fei. For example, big data will bring precise analysis of potential user group, so that car makers can conduct precise marketing analysis, product planning and advertising. And also, big data will help to improve the technological link of car making, so that car makers can reduce inventories and the delivery cycle of auto parts. "When all the data from marketing, driving, telematics, car making and supply chain are connected, there will be a revolutionary change in the automotive industry," said LIU Fei.