Developed and manufactured by the XPeng Aeroht, which describes itself as the largest flying car company in Asia, the XPeng X2 is a two-seater flying car designed for future low-altitude city flights. 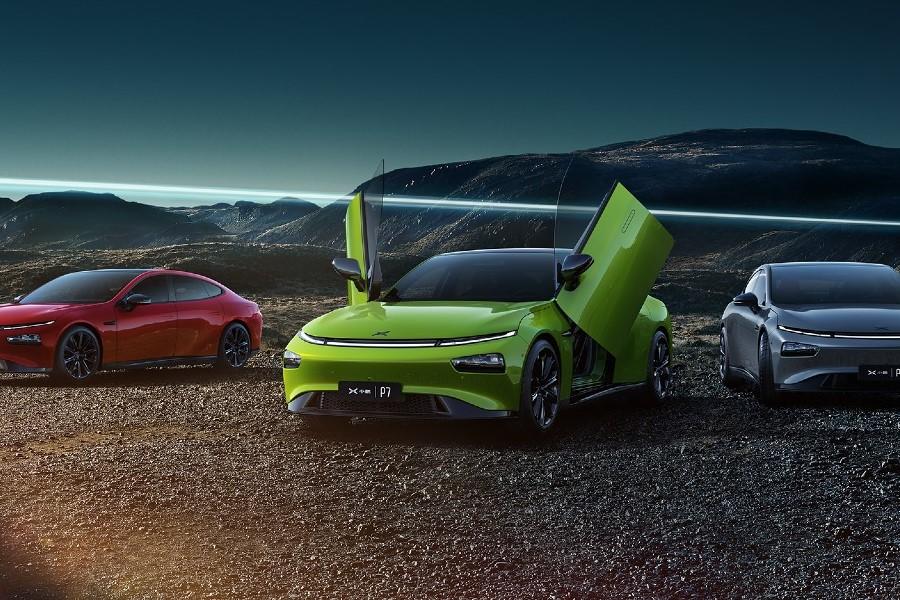 On October 11, 2022, an XPeng X2, an electric flying taxi developed by the Guangzhou-based XPeng, Inc’s aviation affiliate, is tested in front of the Marina District in Dubai, United Arab Emirates. The demonstration was held in an empty cockpit.

The sleekly designed vehicle can carry two passengers and is powered by a set of eight propellers. The company says it has a top speed of 130 kilometers (80 miles) per hour. Unlike airplanes and helicopters, eVTOL, or ‘electric vertical takeoff and landing,’ vehicles offer quick point-to-point personal travel.

The event marked the XPeng X2's first public display after completing the specific operations risk assessment and achieving a special flying permit from the Dubai Civil Aviation Authority (DCAA). Over 150 people witnessed the demonstration flight, which took place on the opening day of the GITEX Global tech show at the Dubai World Trade Center. During the demonstration flight, the XPeng X2 received appraisal from the DCAA reviewers for the stability and standardization of the entire flight operation process. It wasn't a very complicated flight, however, as the video shows the flying car taking off vertically and hovering tens of feet above ground in a similar fashion to a drone.

Developed and manufactured by the XPeng Aeroht, which describes itself as the largest flying car company in Asia, the XPeng X2 is a two-seater flying car designed for future low-altitude city flights, especially short-distance city journeys such as sightseeing and medical transportation. The vehicle features a minimalist teardrop-shaped design with an enclosed cockpit for efficient aerodynamic performance, and a complete carbon fiber structure to reduce weight. The XPeng X2 used during the demo flight is a fifth-generation model. XPeng Aeroht will reveal information about the configuration, exterior design and air-driving method of the sixth-generation XPeng X2 at the 1024 XPeng Tech Day on October 24, 2022.