2020 will be a crucial year for the online fitness company as it chases opportunities to reform after the pandemic. 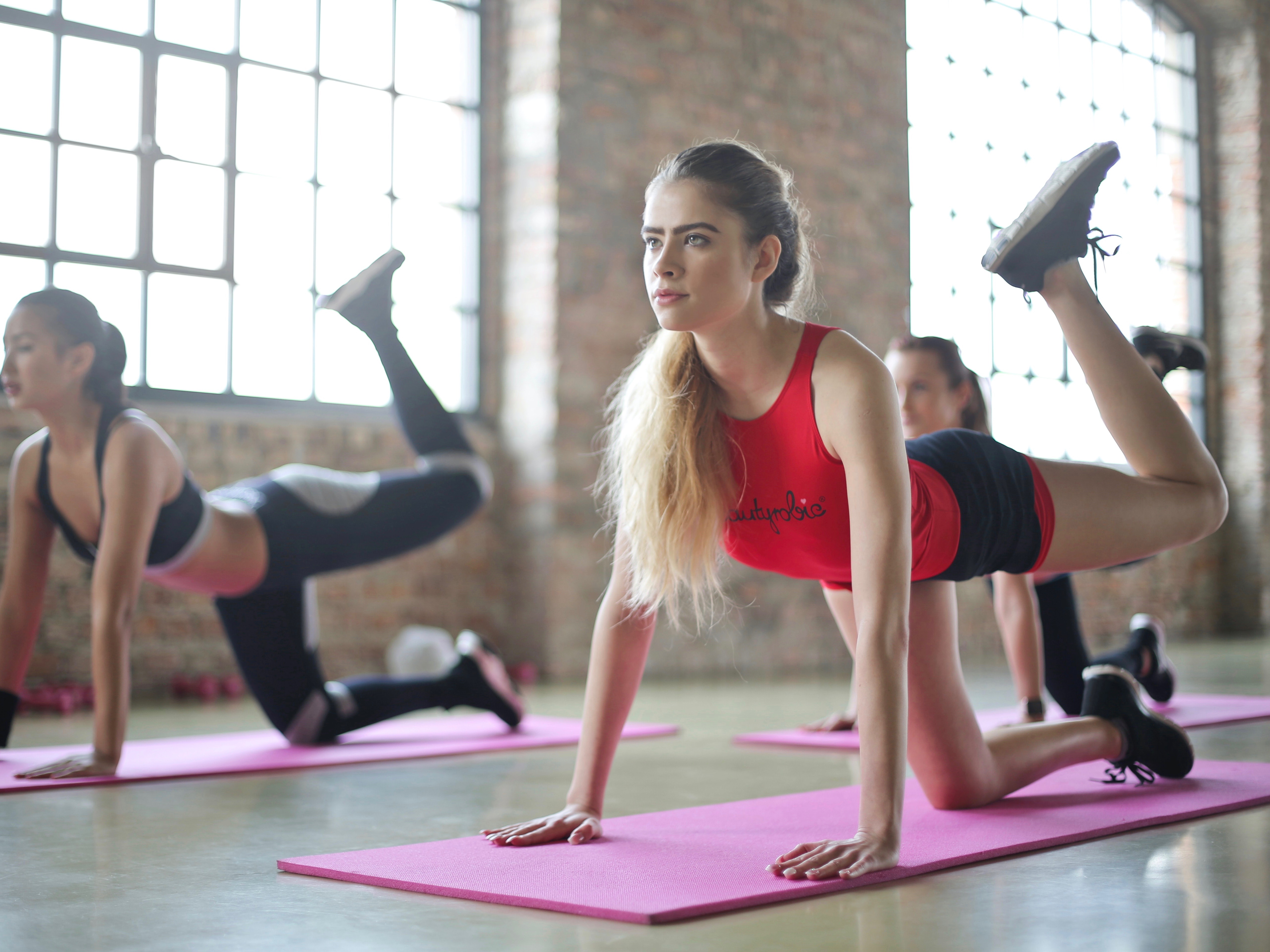 ►Though the pandemic saved Keep, the uncertainties around future strategies are still concerning to the market.
►How to balance the traffic from free users and profitability based on subscriptions will be the priority for the future.

Keep announced an E-round financing of USD 80 million last week, which pushed the company to exceed a market capitalization of USD 1 billion. Prior to that, the D-round of funding was led in July 2018 by Goldman Sachs to a value of USD 127 million. However, with the decrease in the growth of users and retention rates since 2019, the market is uneasy about Keep’s conditions and future plans. Is Keep getting better or worse?

The daily active users reached their highest level since 2019 at the point of the Chinese New Year, which even exceeded the data points reached after the heavily-invested-in channel construction last year. The users recognized the importance of health under the pandemic, which pushed the entire health and sports industry to surge. Fortunately, Keep revived from the downturn last year in the amount of paying users, and prosperous era was ushered in.

Before this E-round of financing, Keep had a precursor for capital chain rupture. In October 2019, Keep laid off a large number of its employees, with the explanation that it was a normal reorganization for improving team efficiency and human capital. However, a former employee of Keep, Xin Li (pseudonym) confirmed that the layoff was a consequence of over-expansion,  with which came the surge in cost pressure. Keep had been exploring the best business models for itself, from online to offline, from tool-based APP to sport ecosystem, but most of them didn’t meet expectations, even pushing up the SG&A (Selling General and Administrative Expenses). Beyond the layoffs, the consequences of this diversification continued to appear, with the shut-down in offline stores and suspension of advertisement placements supposed to cut the losses. In April 2019 or 2020?, Keepland, the offline brand of Keep, shut down all three stores in Shanghai due to the low traffic and high running costs, which marked the company’s exit from the Shanghai market. Admittedly, the measures relieved some pressure for Keep.

Positioning itself as a top sports and lifestyle brand, Keep raised the money by telling an encouraging story about how the company wants to build a closed loop on sports services with advanced sports solutions – to “get more people to move.” Apparently, there are still many issues affecting Keep. The renaissance may not last long when people back to work.

Peloton, a large fitness platform company, launched on Nasdaq in 2019 with a market capitalization of more than USD 10 billion. This provides a new perspective for sports companies: achieve capital expansion using digitalization, the combination of software and hardware and streaming media to increase subscription users’ stickiness. But it will be hard for Keep to follow that example for a totally different growth path.

80% of The Peloton’s revenue comes from the hardware, which is priced over USD 2000; the other 20% comes from services and membership subscription. The business model brings the company a high users’ adhesiveness and brand recognition, which even make it become the status symbols in US. Beyond this, Peloton targets the mid- to high-class bracket, who have more willingness and ability to consume on fitness.

Keep started with a free platform with a low conversion rate of new users to paying users – this will be the key issue to be solved. The hardware on the platform is priced between CNY 1000-2000 and often comes with discount coupon offers, which hardly brings much profit to the company. Though there is no specific target audience for Keep, the largest portion of users on the platform is between 16-25, with limited spending power. Most of them use Keep as a free APP without the brand loyalty. 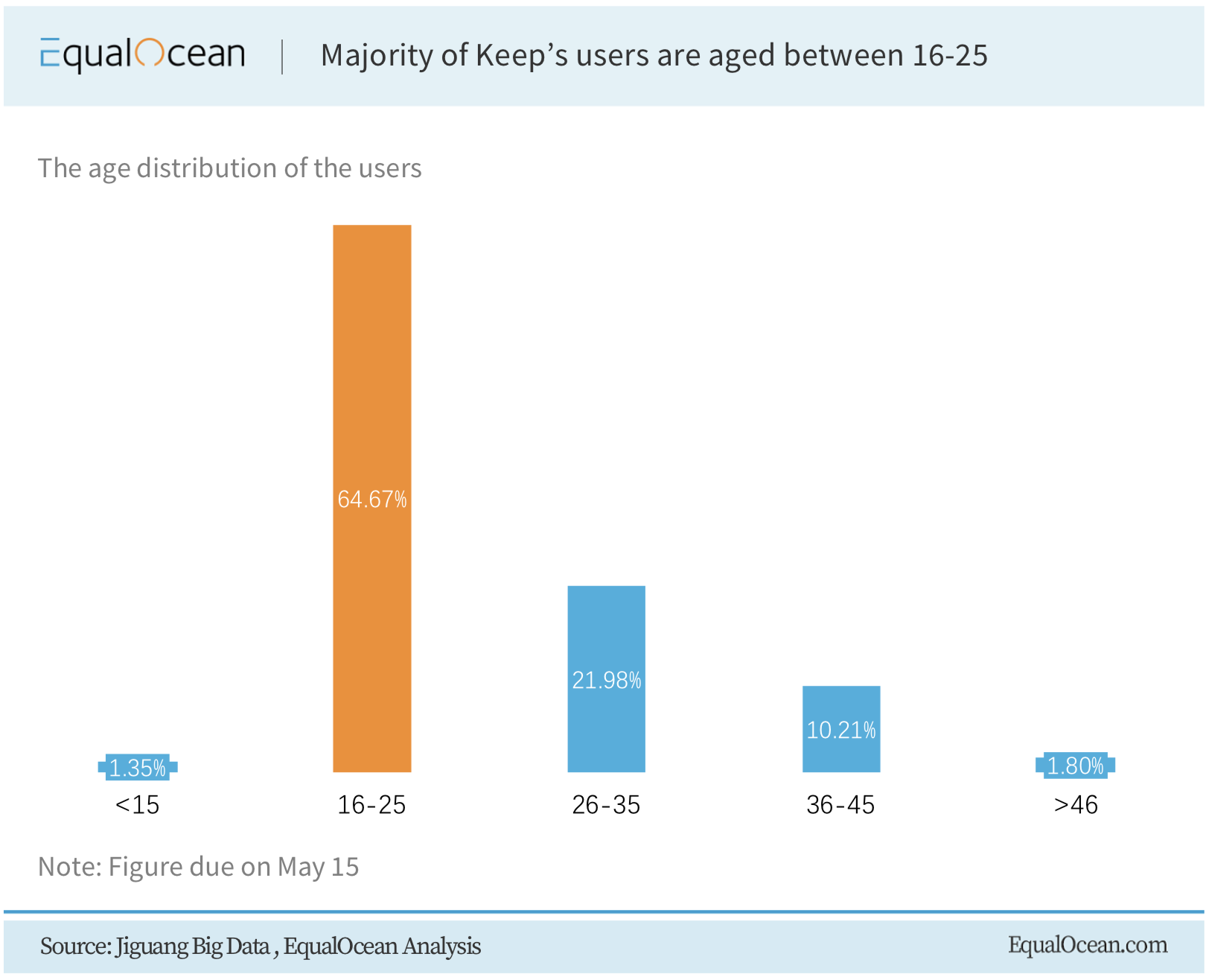 Where Keep does surpass Peloton is the extension in the offline business. The offline fitness center, KeepLand, launched in 2018, with the intention of selling fitness courses as one sells coffee. However, as the article mentioned earlier, several offline gyms have unfortunately been closed in Beijing and Shanghai. Moreover, the contribution to the total revenue of Keep from this offline brand does not even reach 10%. Apparently, the market cannot expect too much on the offline business of Keep.

Being already equipped with USD 187 million in funds raised, is Keep enjoying more opportunities compared with other competitors?

Among the capital rounds raised in the past two years in the fitness field, offline gyms and studios make up the largest part, following the combinations of offline and online. Though Keep has established the awareness for fitness of a large population of Chinese users, the future of consumption still focus on the offline gyms.

Though Keep has met demands from the fitness rookies, the courses provided on the platform can easily be substituted by other video platforms, especially Bilibili and Weibo. The fitness bloggers on these platforms posted the self-made courses, such as Pamela Reif and ChloeTing, can easily attract more than 100,000 viewers on one single video, significantly exceeding the fans of Keep App with its 13,000 users. These individual bloggers will be a large competitor pool for Keep.

In fact, it’s not only the videos and courses from individual bloggers – other fitness platforms are also freely taking users from Keep. This reflects a fact that in the Chinese market, most users are stopping at the free stage, without showing strong adhesiveness. Therefore, platforms are still exploring better business strategies to attract loyal members.

Also, the demands of the users are diversifying, which urges the fitness platforms to create richer content and provide more resources.

On the commercialization side, Keep needs to reposition the offline brand and reduce the marginal cost from the online e-commerce business; on the product side, the company has to figure out the solution for low brand adhesiveness. In the sports market, the competition is mounting.

How to solve the growth problems and capture the temporary opportunities from the pandemic – and best utilize the new funds in this limited time – will be an important problem for Keep in 2020.

CONTACT US
Scan QR code to contact us for professional consulting services
Next article
Manufacturing Glass for the Automobile Industry: Fuyao Group