The express delivery industry's price war has been attracting more and more attention these days, as delivery firms are trying their best to seize market share. 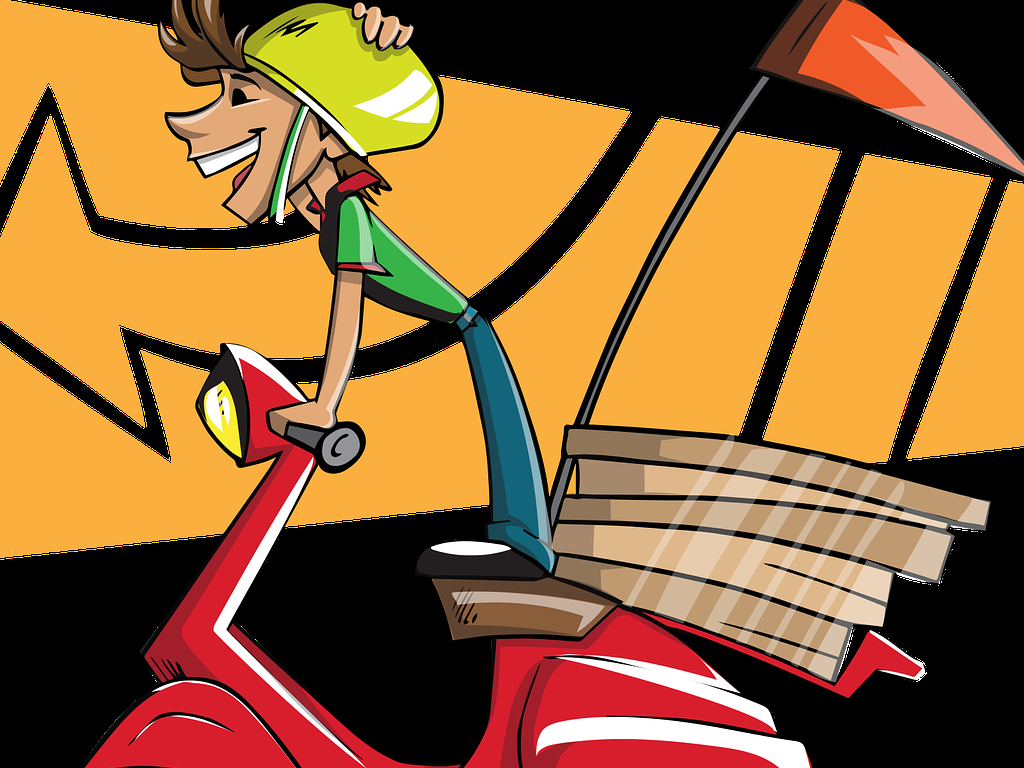 ► Rising demand in online consumption is helping to increase the express delivery industry’s profits, but the price war has also decreased its growth rate, as the average delivery prices were lowered massively.

► The price war might help the express delivery industry to recover in a short time, but it is more likely and preferable that it will benefit users via upgrading of customized services which would be a better strategy for operations into the long term.

The express delivery industry maintained a high growth rate in 2019, with an operating income of about CNY 749.8 billion. However, the shock of COVID-19 negatively affected the express industry in the first quarter, decreasing its operating income by about 0.58% to CNY 153.4 billion. Surprisingly, the second quarter's profits rose largely to CNY 228.98 billion, increasing by 23.52%.

Why was there such a fluctuation in the express delivery industry's operating incomes? As for the first quarter of 2020, China was in lockdown status, most roads and communities were blocked, and employees' return rates were pretty low. Hence, its sales volumes and operating income achieved a historic low in February, for 2.6 billion and CNY 35 billion separately. However, COVID-19 changed citizens' habits to online consumption, further triggering the market demand. Benefitting from this new trend, the express industry served nearly 0.5 billion daily users in the second quarter, increasing 36.8% sales volumes. 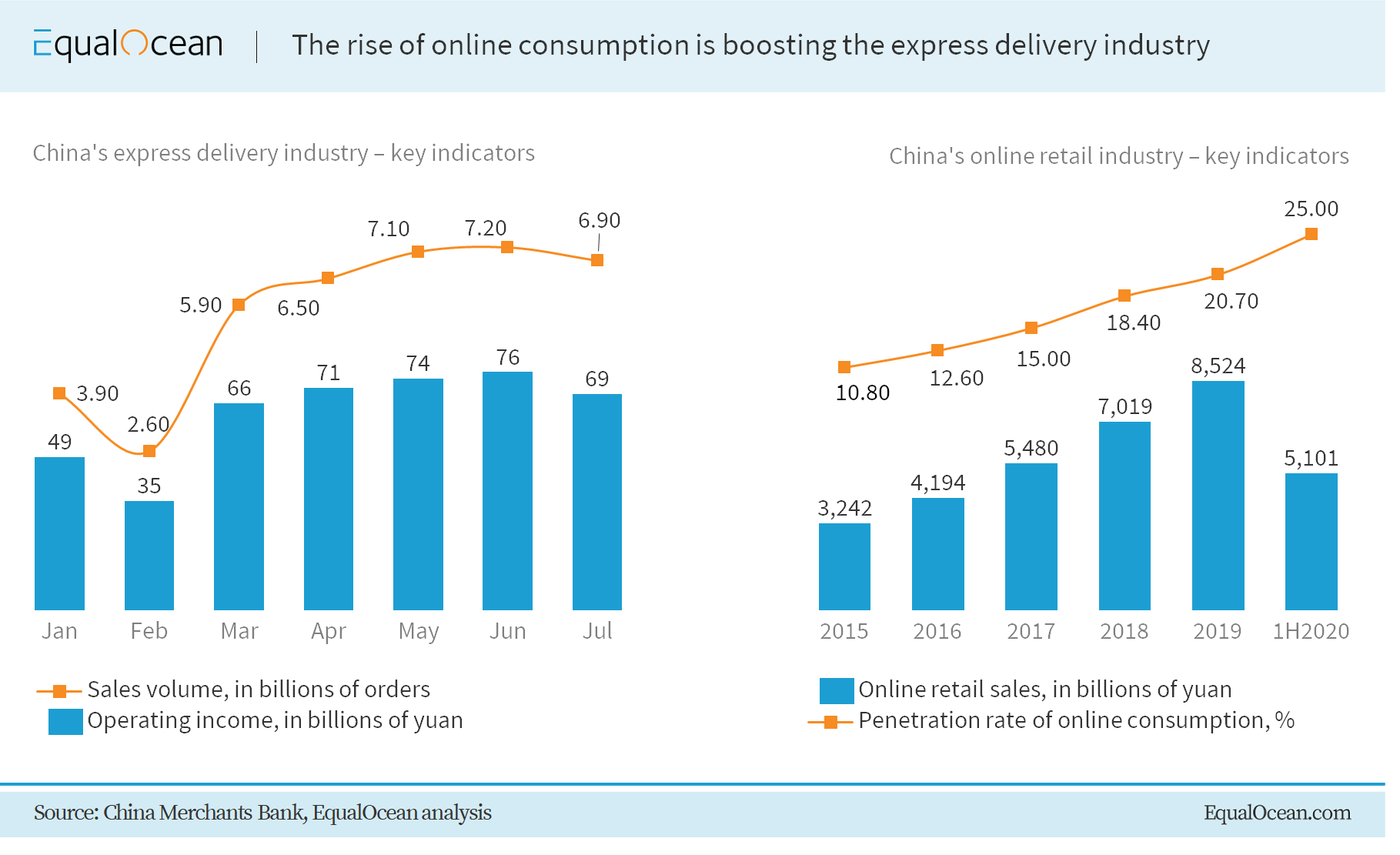 Even if the sales volume has returned to its normal amounts compared with the past three years, the express industry's operating incomes showed a declining growth rate. As a whole, the Chinese express industry's sales volumes achieved 33.88 billion in the first half of 2020, a growth rate of 22.1%, returning to the average increase rate within the last three years. Additionally, COVID-19 promotes online consumption, keeping the growth rate over 30% and surpassing last year during July and August. On the contrary, the first half year's operating incomes were about CNY 382.3 billion, increasing 12.6% but lower than last year's 23.7%. This declining growth rate resulted from lower average delivery prices, as COVID-19 also intensified express firms' price wars. To be more precise, the average delivery price was about CNY 11.3 per unit in the first half of 2020, decreasing 7.8% compared with last year. 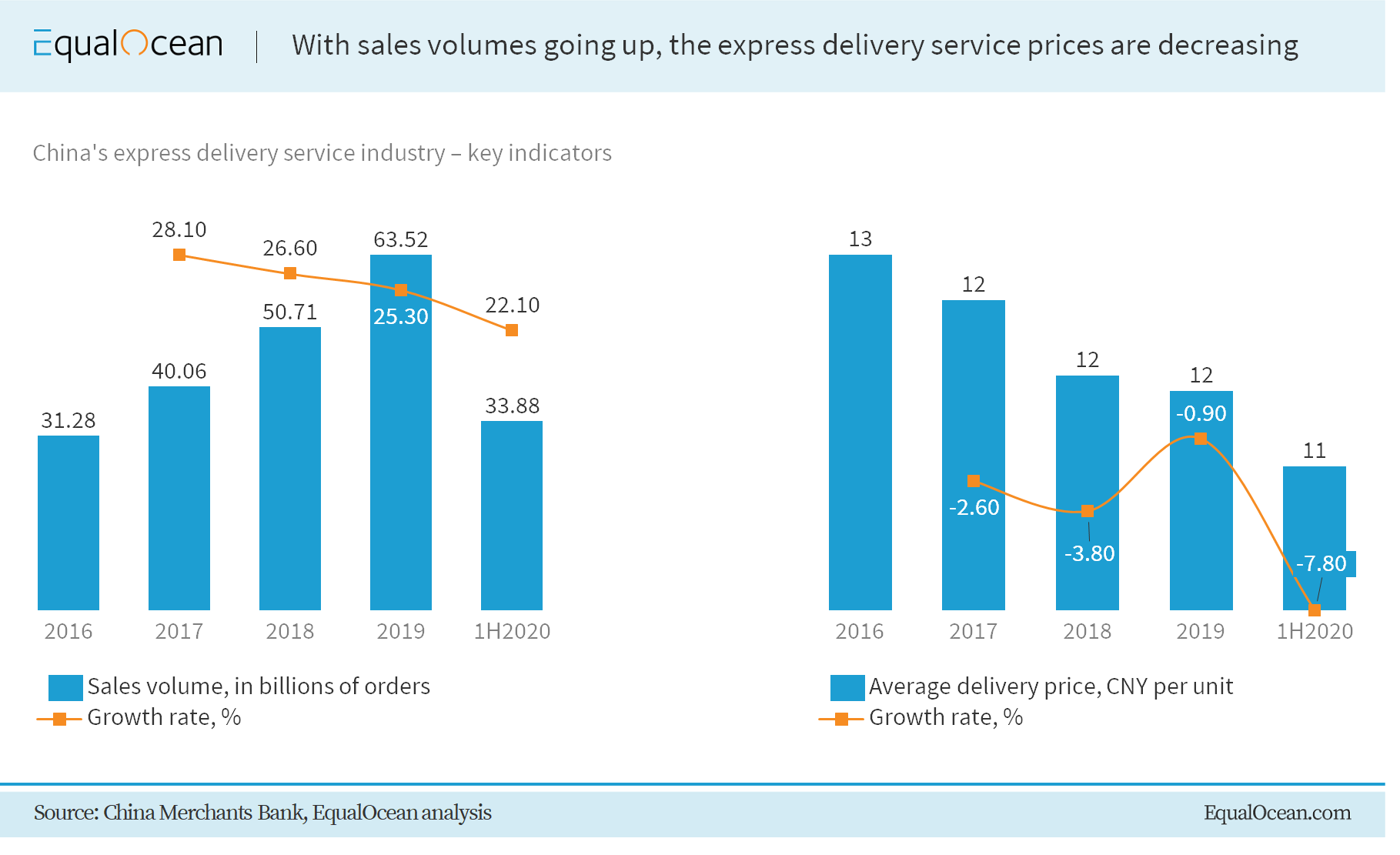 From the above graph, it is not hard to conclude that the declining delivery ticket price is a current trend for the whole express delivery industry, which is a sign of the price war. Specifically, the entire industry’s ticket price decreased by 7.8% compared with the beginning of the year, and the growth rate in operating incomes was far lower than sales volumes. YTO Express, STO Express and YUNDA Express could be seen as the leading examples, they all had negative growth rates in operating incomes during the first half-year, with -2.9%, -6.2% and -7.2% separately. In fact, sales volumes, market shares and delivery ticket costs are three leading operational indicators for industry giants to compete. The purpose of price war or digital reconstruction is to increase sales volume and market shares, decreasing delivery ticket costs.

Why express firms choose the price war to restart their businesses? In the process of work consumption, the quickest way for the express industry is to lower prices to increase sales volumes in the short run, which might gradually increase profits in the future. For instance, YUNDA Express announced to give half off for its transfer charges from the end of February, which increases its sales volumes to 3.7 billion in the second quarter, an increase rate of 45.9%.

Regarding the price war’s geographical distribution, it mainly happens in China’s developed cities. Specifically, the top ten cities with the highest sales volumes account for 47% in the whole nation, which are the target markets for express firms to compete. These cities are pretty sensitive to the price level, indicating high elastic demand. Hence, the lower prices would bring significant growth in the sales volumes. Specifically, the cities with the highest sales volumes mainly distribute in the southeastern part, with an average decreasing rate in unit price around 7.36%. 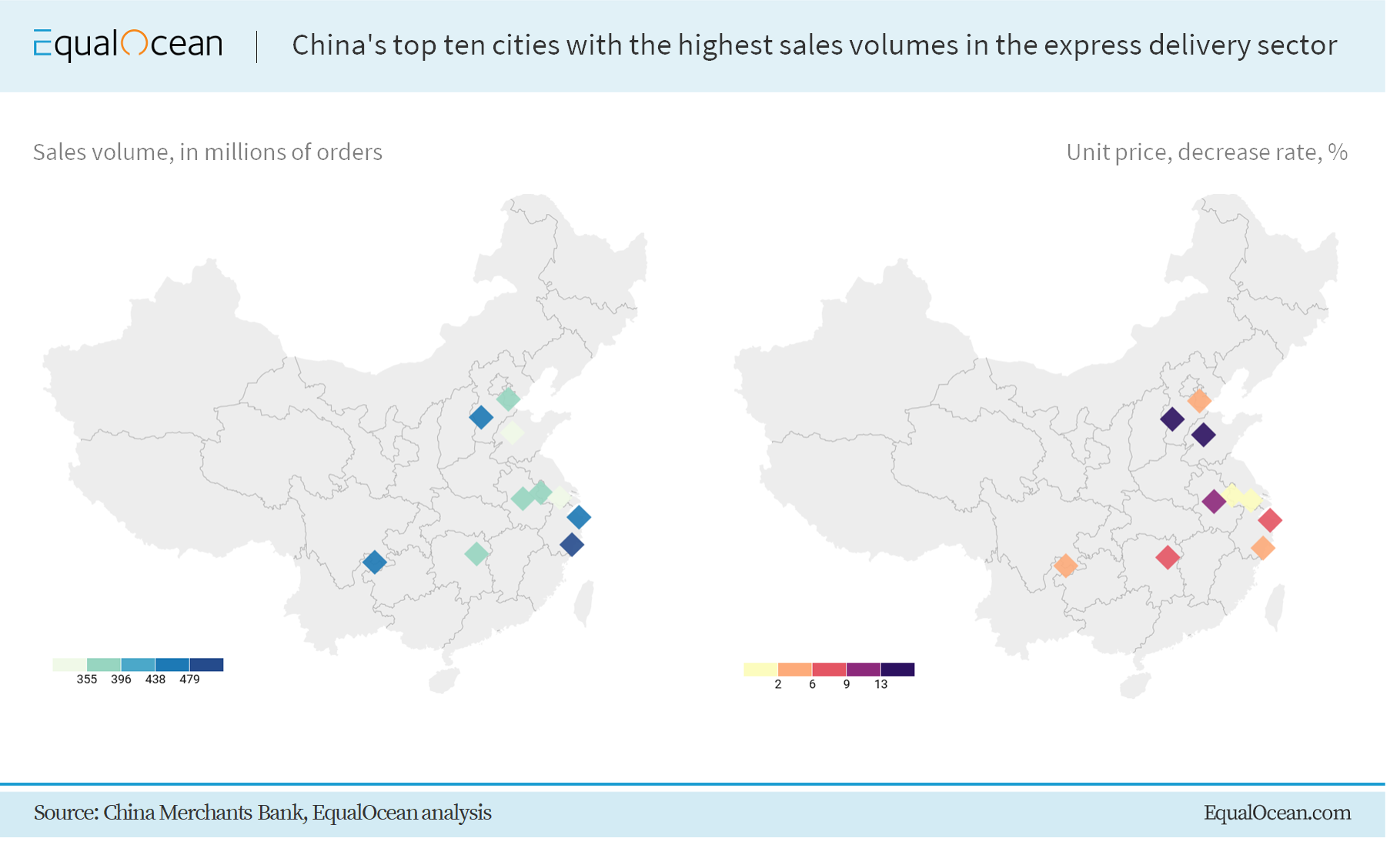 On the contrary, although the price war will trigger the growth in sales volume for the short term, it may hurt the delivery man as a cost. In other words, the price war may lower its employees’ bonuses and wages, and the worst result may be a terrible delivery service, which would result in customer loss. Therefore, in the long term, express firms’ core competitiveness is primarily based on the quality of services. SF Express could be seen as a good example. Different from other express delivery firms, SF Express’s direct selling performed well during the COVID-19. Relied on its timely delivery, SF Express obtained the highest operating incomes among industry giants, reaching CNY 35.28 billion in the second quarter.

In conclusion, COVID-19 triggered industry competition in the first half of 2020, further decreasing the unit prices. However, under the price war, the growth rate in operating incomes was much lower than sales volumes, reducing the express industry’s profitability. As experts forecast, the upcoming Double 11 shopping festival in China will keep the price war buoyant, and it will be hard to end it in the short run.