One of the latest NYSE listings, Huadi International Group represents China's steel industry. Due to COVID-19's impact, its profits have dropped significantly. 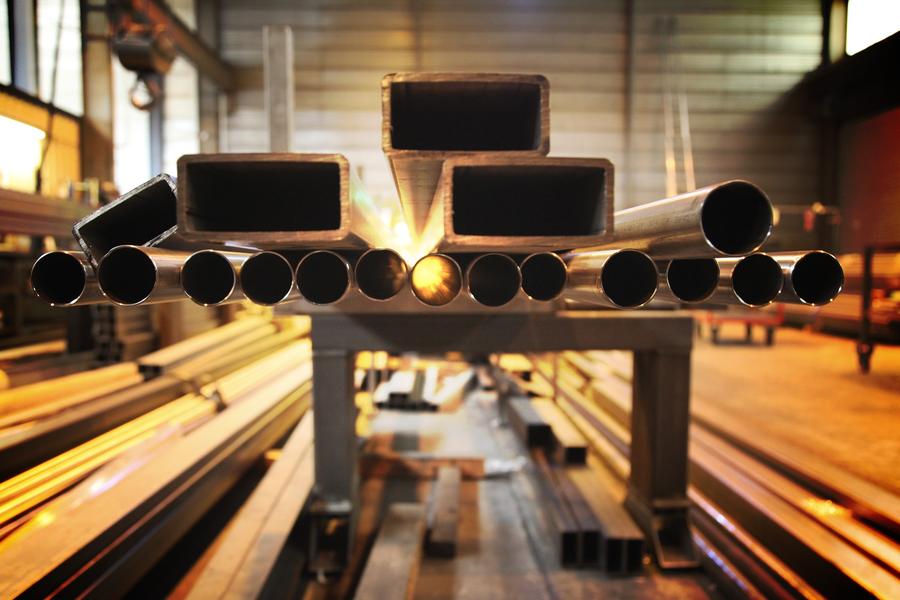 ● Since 2013, the Chinese government has been launching new policies to improve the domestic steel industry.

● The slow-growing demand for steel globally exerted a negative effect on the overall industry, making it harder for firms to earn profits.

● Even though Huadi International Group's gross profits were much lower than the industry average, its R&D expense ratios were higher than those of competitors in the last two years.

Among the other traumas it inflicted, COVID-19 hit the steel industry, as dozens of projects were postponed. Recently, with China's economic recovery ongoing, some steel firms gradually resumed their work schedules. Huadi International Group, a steel pipe maker, announced that it had won the bidding fight in Gansu Province's mining project on March 17, 2021. After this bidding, it also obtained a new contract for stainless steel seamless pipes costing USD 160 million.

Founded in 2018, Huadi International Group earned CNY 59 million by the first quarter of 2020. As a manufacturer of stainless steel seamless pipes, Huadi International Group's distribution network spans 20 cities in China. Its products are also shipped to the United States, Australia and other countries. On January 22, 2021, the company went public on the New York Stock Exchange (NYSE), raising USD 25 million.

In 2019, Huadi International Group's operating income and net profit increased by 8.5% and 3.8% year-on-year. Nevertheless, due to the COVID-19 crisis, its profitability dropped dramatically in 2020. In the first half of 2020, Huadi's operating income was less than half the previous year's figure. The firm has a diverse business structure, covering a handful of regions and sectors. Meanwhile, over half of its sales came from China in 2019, while India and the US were major sales regions, listing in the top three.  Currently, its main business focus is the petroleum industry. 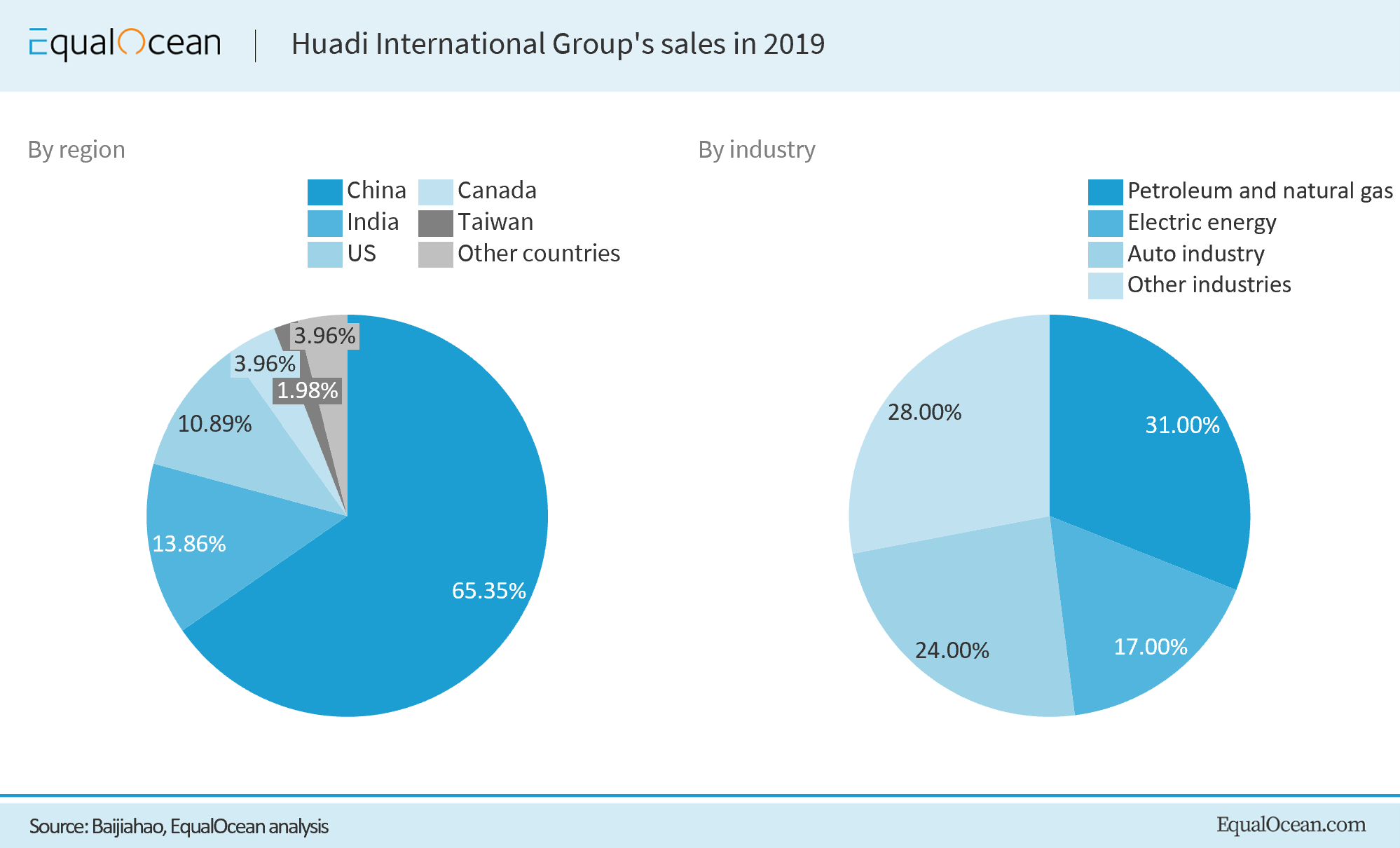 Industry analysis – the positive side

Even with the negative effects unleashed by COVID-19, there still remain two main positive factors that may help steel manufacturers to rise. First, policy support. The Chinese government put forward an international development scheme – the Belt and Road Initiative – in 2013. This global infrastructure development strategy aims to invest in 70 countries, as China increases steel output in tandem with increasing import needs in other countries in the long term. Subsequently, with 2015's supply-side structural reform, China put added emphasis on restructuring the steel industry. Benefiting from the reform, steel production kept in an upward trend in the following five years. Furthermore, the industry's capacity utilization has been rising dramatically. In 2020, the Ministry of Industry and Information Technology indicated that carbon neutrality will lower output in the steel industry. On the one hand, a solution to realize the green economy is to decrease steel output and reduce carbon emission. On the other hand, as the growth of supply was much higher than demand, the restriction on steel production could ease the supply-demand disequilibrium, gradually raising the steel price. Secondly, China is in the process of slowly recovering its GDP. Although COVID-19 hit China's economy hard in the first quarter, the nation's 2020 overall GDP was still higher than last year, with YoY growth rate of about 9.34%. In other words, rising GDP may stimulate consumers' demand regarding the steel industry.

Industry analysis – the negative side

Alongside the above advantages, there are two negative facts that might be overlooked. To begin with, the excess supply of steel could hinder potential risks. Due to China's economic recovery, domestic demand for steel has been slowing down. In spite of the gradual recovery in the last two years, the demand side still shows massive fluctuations. In contrast, the steel supply has shown a steadily rising line. By the end of June 2020, the cumulative production of crude steel was about 4.99 gigatons. If the government policy of lowering output can function effectively in the future, this imbalance will gradually disappear. Secondly, trade barriers exist among different nations. Since June 30, 2018, the US has added tariffs on China's goods, which raised product prices and created an unfavorable environment in the US for consumption. As a result, steel's export volumes decreased by 8.1% to 69.34 million tons in 2018. Additionally, COVID-19 blocked logistics and lowered orders in some export destinations from early 2020. Specifically, export volumes dropped 16.5% to 28.7 million tons in the first half of 2020. Under these circumstances, Huadi International Group's sales from overseas countries have also been affected. In the near future, environmentally responsible manufacturing and R&D capability will become part of many firms' core competitiveness. Firms with higher R&D expense ratios are inclined to take advantage in developing low carbon metallurgy technology and lowering carbon emissions and production costs. Compared to the state of the overall steel industry in China, Huadi International Group has had higher R&D expense ratios over the last two years. However, its gross profits were much lower than the entire industry. This might be because of different steel firms' diverse products. As Huadi International Group focuses on seamless pipes, its revenue figures are naturally smaller than other large steel manufacturers.

In 2020, COVID-19 hit the steel industry heavily. Huadi International Group didn't escape the storm. However, to survive in this difficult time, the firm is actively seeking ways to restart its projects and obtain more orders. In addition, its IPO on NYSE helped attract more capital to overcome this barrier. With upcoming vaccinations, the global steel industry will gradually likely return to a 'normal' status.