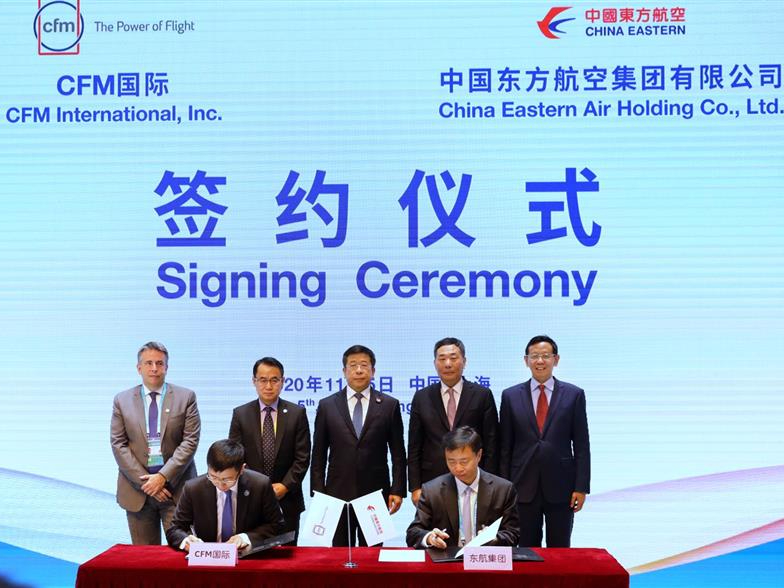 On November 5, 2020, the third China International Import Expo (CIIE) (Chinese: 第三届中国国际进口博览会), the largest offline international comprehensive expo, was inaugurated in Shanghai. 39 trading groups and nearly 600 sub-groups, over 112,000 registered companies, and over 400,000 people took part in the expo. Among all the registered companies, 2,238 have USD 1 billion and more annual sales volume, and near 1,400 companies have over USD 100 million value of imports.

China Eastern Airlines, on the first day of the expo, competed for two large orders with a total amount of over USD 1.1 billion. The first order was received from CFM International, which includes the LEAP-1A aero-engine warranty service agreement and the purchase of six aero-engines. The second order was received from Honeywell International about the purchase of 131-9A auxiliary power units (APUs). These two orders account for 83% of the total order amount in the third CIIE from online and offline and hit the historical high. In addition to these two large orders, the airline company also received orders from Collins Aerospace, Karma Automotive, Mallaghan Group, Exxon Mobil, and other leading international manufacturers from 11 countries and regions.