Tencent Music’s Challenges – How to Turn Traffic into Money?

As a focus on copyright and social entertainment persists, the ‘long audio’ format is the company’s new strategy area. 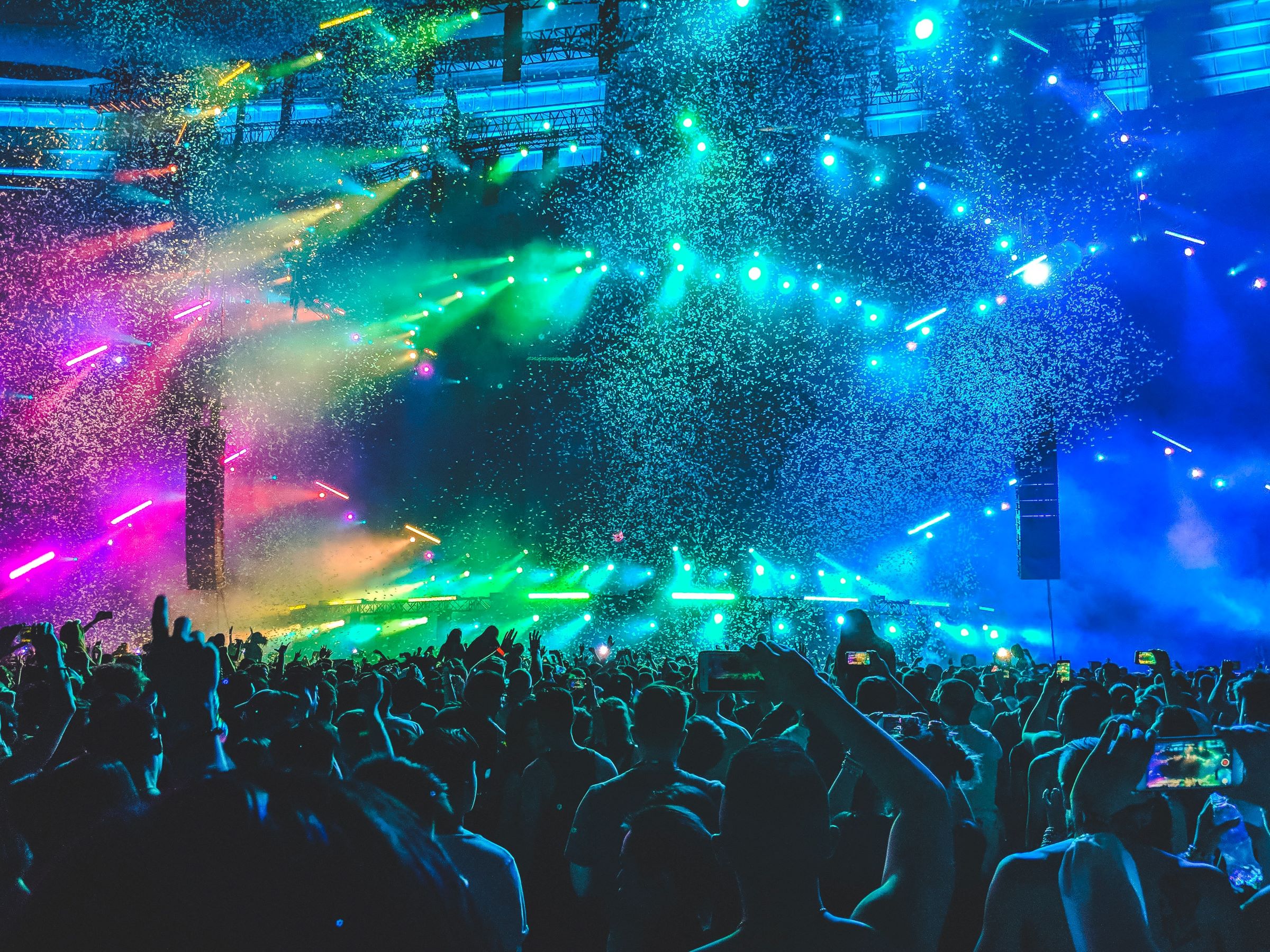 ► Users in China are in the beginning stage accepting payment for music with great potential for future growth.

► Online Karaoke and live streaming are the main income source, occupying nearly 70% of the total revenue.

As a joint venture of Tencent (TCTZF:OTCMKTS) and Spotify, Tencent Music (TME:NYSE) takes the first seat in the China’s music entertainment service market. Previously, Bridgewater Associates reported a 9.29% increase in ownership of this entertainment group in the first quarter of 2020. Other investors with positions similar to Bridgewater Associates included Citadel Advisors, Wells Fargo and many others.

Whereas Tencent Music is experiencing a positive time, it is facing fierce competition in the music and related entertainment area of China market. Supported by capital and traffic, Internet giants are seizing more core-business-related areas and establishing their own ecosystem. Just like other music or online video platforms, copyright is the priority, together with other investment into content service, the business map of Tencent music is expanding.

Investment into copyright not likely to stop 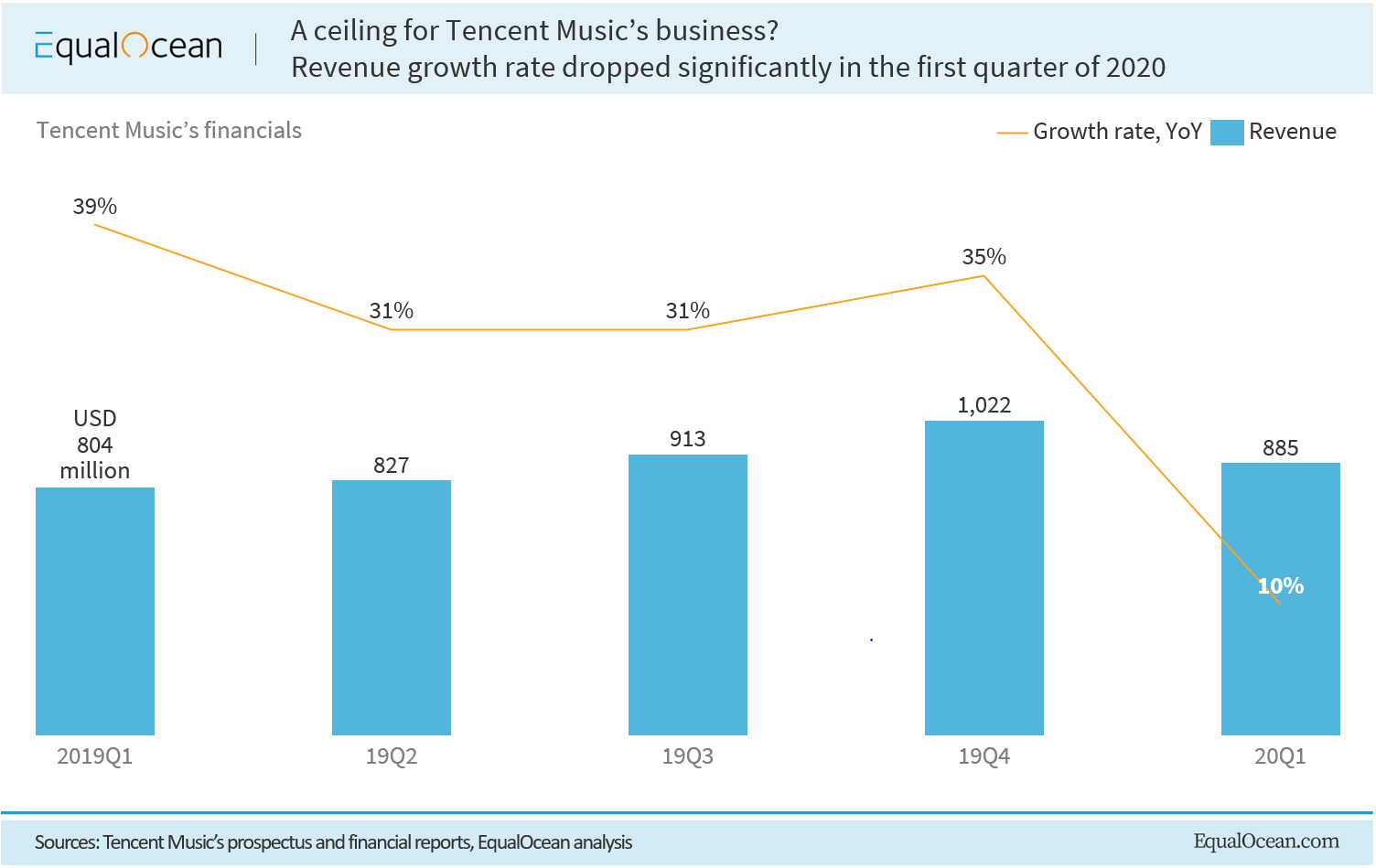 During the first quarter of 2020, the copyright collector’s online music business revenue was CNY 2.04 billion (USD 290 million), occupying 32.39% of total. Monthly active users (MAU) were 657 million, and the number of paying users was 42.7 million, up 50.4%. From one aspect, the paying numbers increased a lot, from another aspect, the payment rate is actually 6.50%. In 2018, the China music industry payment rate level was (in Chinese) 5.30%, and the number in the US was nearly 24%. On average, Tencent Music’s users’ willingness to pay is beyond industry overall level. Users in China are at the beginning stage of payment to music, while users in the US are  more accustomed to it.

Although the payment rate is not high, these paid users have made Tencent Music the fourth most paid users’ platform in the world, followed by Spotify, Apple Music and Amazon Music. It seems like Tencent Music is in a safe castle with a broad moat, but the competitors are covetous. The second largest music app is NetEase Cloud Music, these two firms comprise the first tier of China’s music industry. Different from the concentration on copyright, NetEase one was famous for its good music community, users commented on songs and shared feelings to resonate. Copyright was NetEase’s shortcoming for a time, but Alibaba’s investment of USD 700 million in 2019 into this second player made the story different.

With support from Alibaba, NetEase Cloud Music can devote more on the copyright area. From February to May, this second China music platform successively reached strategic cooperation with Rolling Stone Records and Warner Copyrights, and collected the copyrights of three Chinese head music variety shows. Subsequently, on May 12, NetEase Cloud Music won the lyrics copyright of Warner Copyright (WCM).

Not only does the music industry needs copyright protection, other entertainment also needs it –such as TikTok. Then the expenses just went up during the past years. When TME signed the global exclusive in 2017, the copyright fee once rose from the original nearly USD 35 million to USD 350 million in cash plus USD 100 million in equity, which surged 10 times in the short term.

The expenses are increasing, and if Tencent Music wants to hold its advantage in this area, further investment is hard to stop. Moreover, now the competitions more concentrate on the top singers such as Jay Chou and Taylor Swift. These people only obtained 1% of the total, but they own the most fans and fans are willing to consume. The investment into Taylor Swift’s Paris Concert world premiere on May 18 is a good example.

Social entertainment is another way

Another part of the business sector – music related entertainment – occupied the rest of income, with 67.61% of the total. The number in 2016 was nearly 50%, while as China’s live streaming industry flourished, its percentage kept increasing during the past few years. 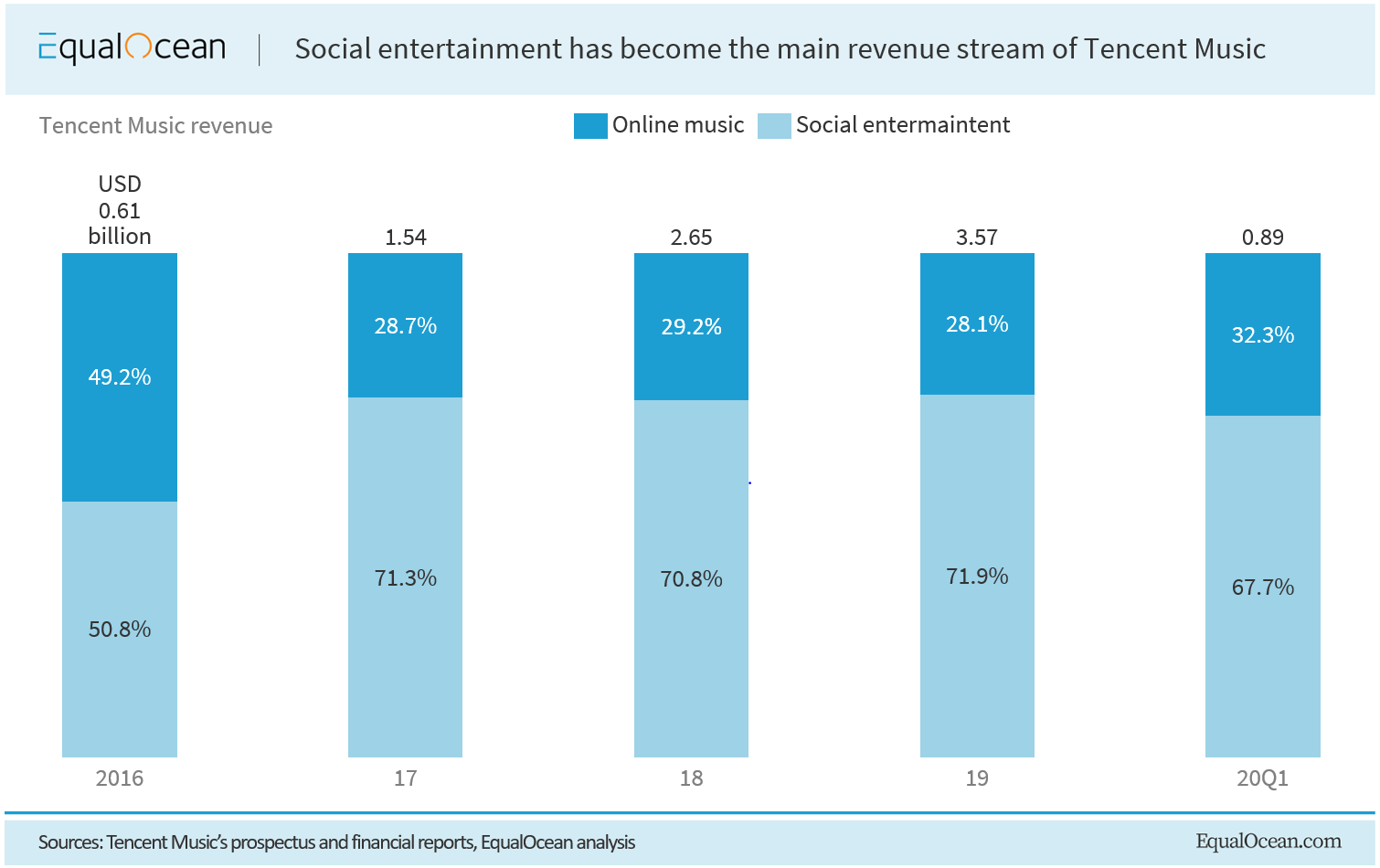 The first quarter’s MAU grew 13.3% to 256 million, paying users grew 18.5% to 12.8 million, but monthly ARPPU (Average Revenue Per Paying User) decreased 12.9%. If using the concern for the future after the epidemic might be part of the reason, it’s not enough. Live streaming in China has several categories, Tencent Music’s product mainly focuses on music lacking enough visual stimulation (like game fighting scenes). Compared to the hot game live streaming, which has strong visual and auditory stimulation, consumers who stayed at home during the epidemic are easily attracted more by it. According to QuestMobile’s report, live game users' payment rate exceeds 30%, while the music’s user base is surely larger than the games.

This year, Tencent Music has other plans – it wants to focus on long audio. In April, it officially released the long audio strategy and launched the new brand ‘Kuwo Changting.’ The advantage is the long time that clients can stay on the platform during their day. As well, audio can control the costs since per piece is longer than songs, and enrich monetization channels. Spotify agreed with Tencent Music’s thoughts; over the past 18 months, it has spent nearly 600 million US dollars on podcast-related acquisitions.

In contrast to Tencent Music and Spotify, NetEase Cloud Music chose to step into the Karaoke Market and focus on original music. On April 27th, it launched the first music live broadcast mode, and added full live music support. The plan was based on its good music community and strengthened the stickiness one more step.

Tencent Music and NetEase Cloud Music have chosen different development paths beside copyright issues. Meanwhile they all face the uncertainty of payment rates and ARPPU. In the long audio race, there are already three main players ­– but large-scale commercial monetization remains a major challenge for them. The first long audio stock, Lizhi, said that livestreaming is its main income source. NetEase’s new effort also has no recent example to refer to. As they developed approaches based on their own strategies, the best ideas need to be verified by the market.

CONTACT US
Scan QR code to contact us for professional consulting services
Next article
Jiangsu Hengrui, Chinese Cancer Drugmaker Emerging from the Shadows