Who will lead the country’s quest for self-sufficiency in microelectronics under rising pressure ‘from across the pond’? 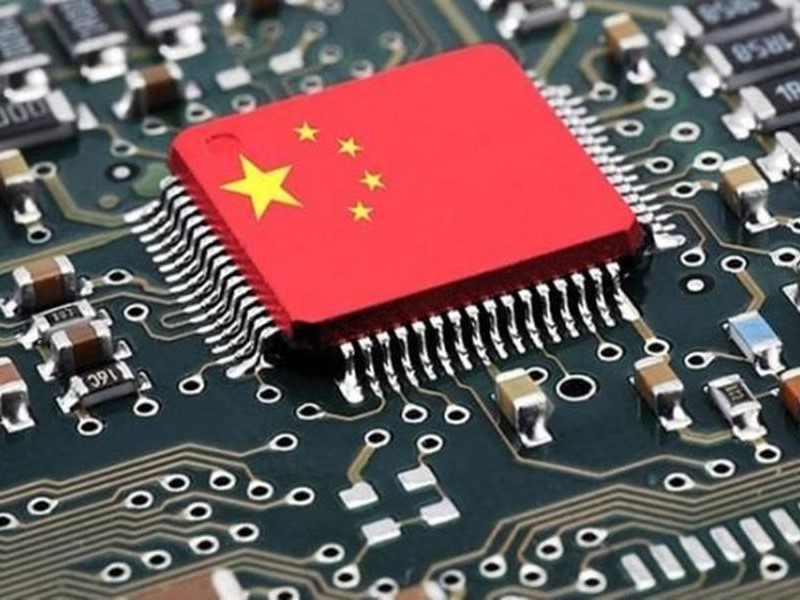 The United States released a new ban in May, preventing companies using software and hardware developed by American firms from doing business with Huawei without specific approval. Though China has shouted its slogan of ‘supporting domestically produced chips’ for many years, its capabilities in the domain are still lagging behind those of more developed economies. In recent years, many local chip companies have made progress, reaching new milestones and nabbing significant shares of the global semiconductor market.

EqualOcean has long been keeping a close eye on China’s semiconductor industry. In this article, we introduce the 10 largest publicly traded Chinese chipmakers that are worth following, given the country’s attempts to further open its financial markets. 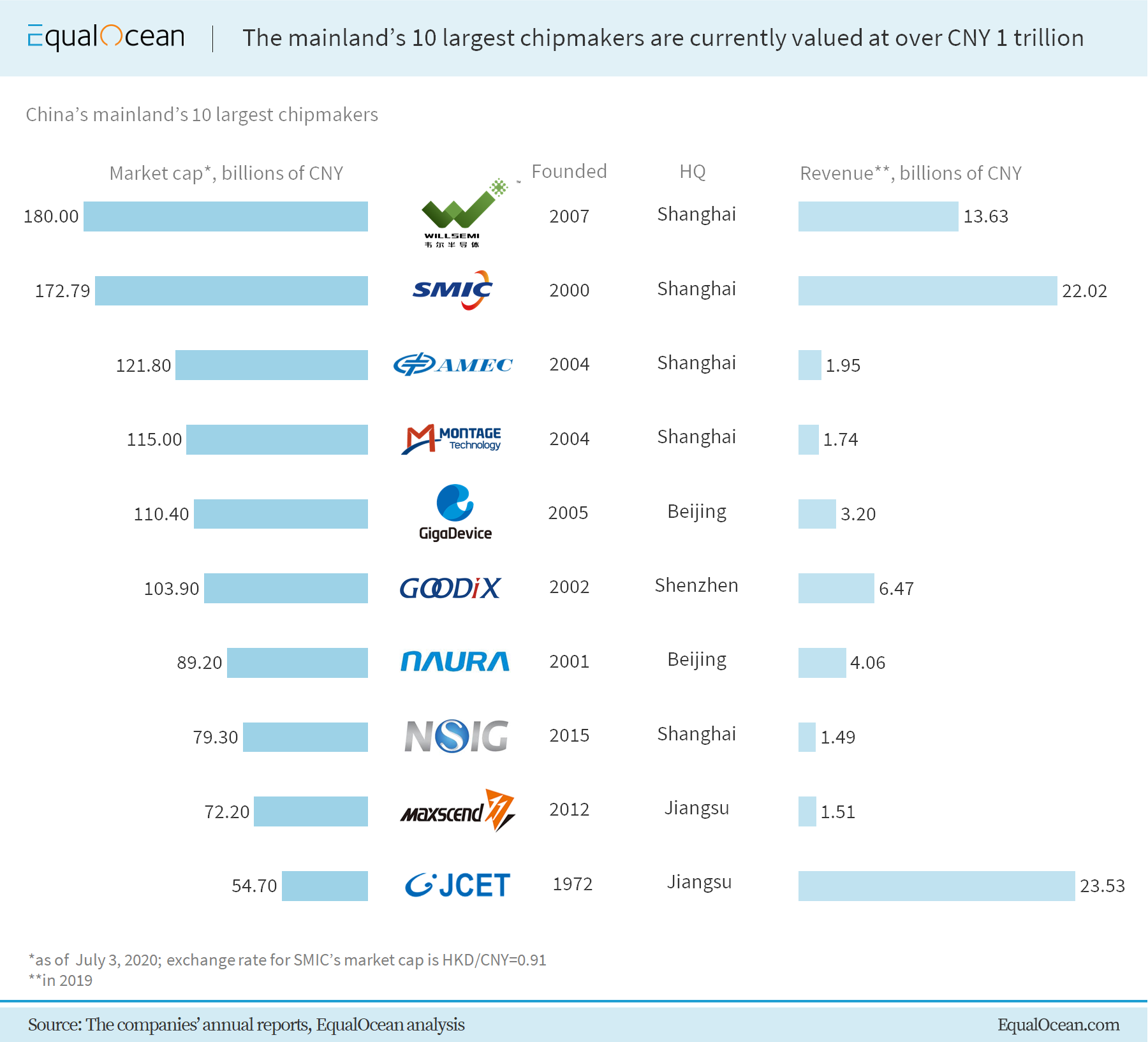 Will Semiconductor (603501:SH) completed the acquisition of OmniVision and Superpix in 2019, both of which are image sensor manufacturers. OmniVision ranks third by 9% after Sony (42%) and Samsung (22%) in the globe. After that, revenues increased from CNY 3.96 billion (CNY 9.7 after adjustment) in 2018 to CNY 13.63 billion in 2019. Among all products and services, CMOS contributed the most, accounting for about 71.94% of total revenues.

SMIC (00981:HKEX), one of the largest foundries globally, won orders from Huawei after achieving an unprecedented leap from 28 nm to 14 nm lithography. The process, which spans two generations at a time, is mainly due to Liang Mengsong’s participation. He used to be the director of TSMC’s R&D department and helped Samsung directly jump to 14nm after leaving TSMC.

Montage Technology (688008:SH), which started its way in the noughties as a TV chipset producer, has evolved into China’s top memory interface chip designer. Recently, the company has also been involved in a few alternative projects. One example is its new server platform Central Processing Unit (CPU) for data centers that entered the mass production stage in 2018, after two years of cooperation with Intel and China’s top school and research center Tsinghua University.

Goodix (603160:SH) is a fingerprint-recognition and touch chips seller, and two such kinds of products accounted for 99.65% of total revenues in 2019. It has cooperated with terminal giants including Huawei, OPPO, vivo and Samsung. The company realized a gross profit margin of 60.40% in 2019, because of the large-scale commercial use of new products.

NSIG (688126:SH) is one of the biggest semiconductor silicon wafer manufacturers in China, mainly providing 300mm and below products. The global semiconductor wafer industry has a high market concentration. In recent years, the market shares of the top five semiconductor wafer factories in the world are over 90%, showing an oligopoly pattern. The company is relatively small, accounting for 1.26% of the global market in 2018. Over 70% of revenues in 2019 were from the market outside of China’s mainland.

Maxscend (300782:SZ) is an enterprise of domestic chips in the field of RF front-end segmentation. As two main kinds of Radio Frequency (RF) products of the company – switch and low-noise amplifiers – accounted for 79.86% and 16.87% of total revenues respectively in 2019. Samsung, Huawei, Xiaomi, OPPO and vivo are Maxscend’s customers, and according to the performance in recent two years, over 71% of its revenues came from the overseas market.

Changjiang Electronics (JCET) (600584:SH) provides one-stop services for microsystem integration, packaging and testing. It has a close relationship with SMIC, because the chairman of JCET, Zhou Zixue holds the same position in SMIC. Those two parties made up the vacant parts of the domestic chip industry. According to TrendForce, in the global packaging and testing market in 2019Q3, JCET ranks third by 17% after ASE (36%, including Siliconware Precision Industries’ 13% of the market share) and Amkor (19%.) Divided by region, 78.61% of its revenues in 2019 come from the overseas market.

These 10 companies’ business scopes cover three main steps of the chip-making process: design, manufacturing, packaging and testing. While it seems that Chinese firms are capable of producing completely domestic chips, there are some problems to be considered:
1)    IP authorization. The vast majority of fabless firms need to purchase IP from overseas companies like ARM and Cadence, to place their design upon it.
2)    Local technologies are lagging behind those of some companies outside of China. For instance, SMIC can produce 14nm chips while TSMC can manufacture 7nm and 5nm, which is necessary, for one, when it comes to 5G devices.
3)    Tracing the upstream of the industry chain, it is hard to avoid American technology in the whole process.

Apart from those public companies, there are quite a few significant private mainland-based chipmakers worth attention. For instance, 13 out of 50 worldwide upstarts mentioned in EqualOcean’s report ‘Semiconductors: Trends and Startups 2019’ are China-based.

CONTACT US
Scan QR code to contact us for professional consulting services
Next article
H1 2020 at a Glance: China's Online Education Industry Boom