Because of China’s policy in new infrastructure projects, Sany is on its way to conduct its digital transformation. The collaboration between Sany and China Telecom will help to enlarge 5G’s coverage in China. 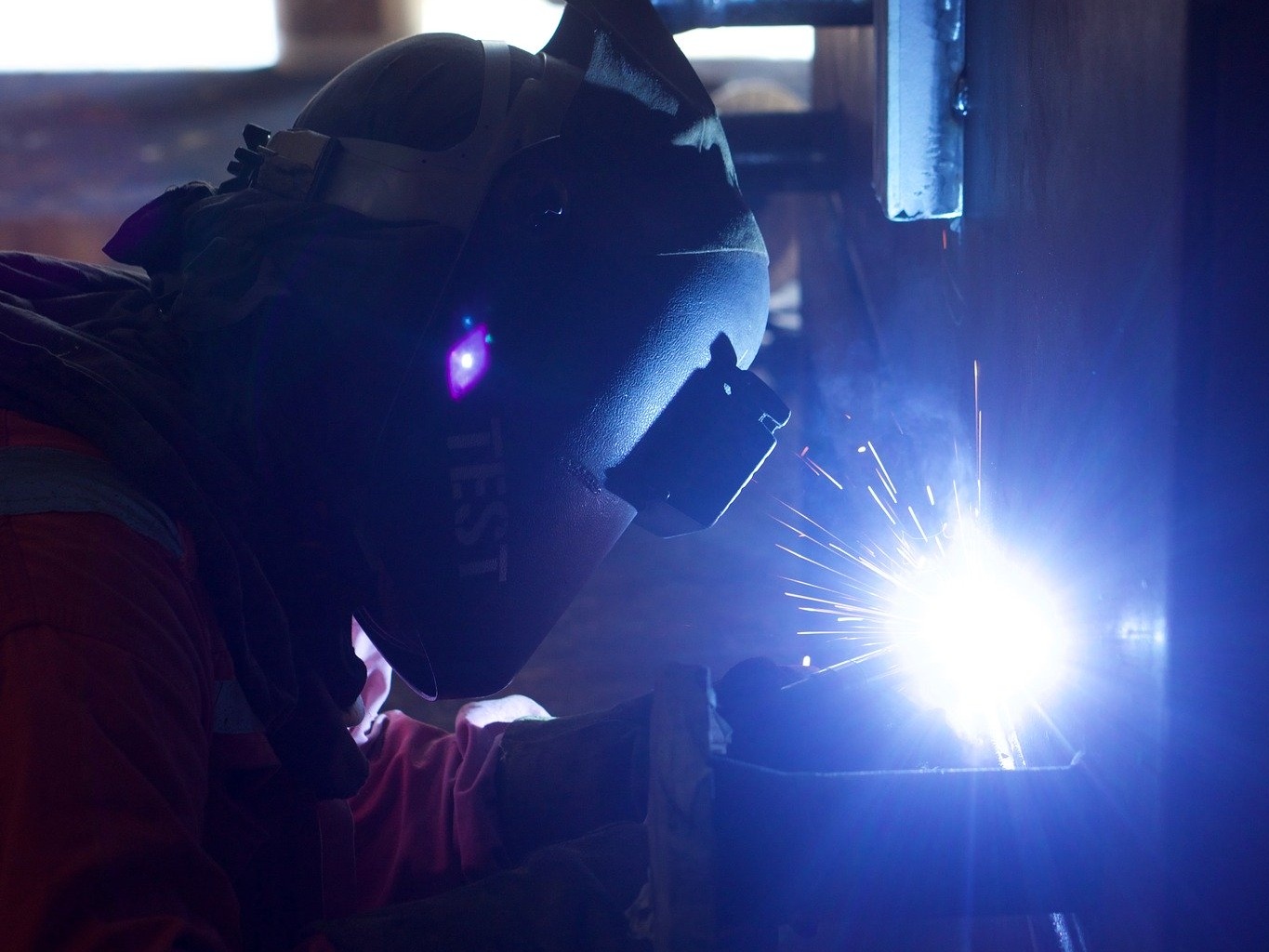 ► External factors from politics, economy, society and technology will to help build a steady and positive environment, benefiting a series of machinery companies, including Sany.

► Sany’s advantages in R & D, selling channels and economics of scale all favor its tier-one position in the machinery industry.

China is actively promoting the new infrastructure construction, including 5G base stations, ultra-high voltage, intercity high-speed rail, urban rail transit, charging piles, big data center, AI and industrial internet. Under this circumstance, Sany is trying its best to conduct the digital transformation, and it would cooperate with China Telecom. Specifically, they are planning to build a joint innovation center in 5G.

Sany is specialized in engineering machinery manufacture, and it was listed in Shanghai Stock Exchange (SSE) in 2003. After its establishment, it invested 5% to 7% revenues in R&D, as it insists on independent innovation. Specifically, it has set up four overseas R&D and manufacturing bases so far. Moreover, Sany owns 200 sales firms, 2000 services centers and 10,000 engineers.

How did Sany expand so rapidly these years? It may be attributed to external factors. In terms of political aspects, it benefits from the nation’s policy supports, as China has been paying much attention to new infrastructure construction. For instance, the president of CATL – a new energy car maker – has proposed to promote engineering machinery in electrified vehicles in May 2020. Additionally, Hunan province also has policy to strengthen machinery manufacture, which might further help Sany to expand.

Secondly, the economic environment also plays a positive role. Compared with developed nations’ 78% urbanization level in 2019, China’s 60.34% shows a large space in which to grow in the future. To catch up with developed nations’ steps, there will be more investment in infrastructure construction, which might offer opportunities to firms such as Sany. On the other hand, COVID-19 did affect the machinery industry to some extent, but from this June, most firms have returned to work.

Thirdly, China’s new social trend is encouraging companies to build national brands. As technology has gained more and more attention currently, independent innovation ability is extremely essential to a country. Therefore, many machinery corporations try their best to conduct innovations in equipment and products, and Sany could be seen as a good example.

As for the whole machinery industry, which presents a stable growth. Specifically, there is an increase of 27.12% in operating incomes from 2017 to 2019. Moreover, the average ratio of R & D expenditure to operating income was 6.24% during these three years, implying machinery players have been attaching more importance to R&D for their corporate development. Nevertheless, this ratio was still less than the AI industry’s average of 12.91% in 2019, so machinery companies must keep promoting digital and intelligent transformation. 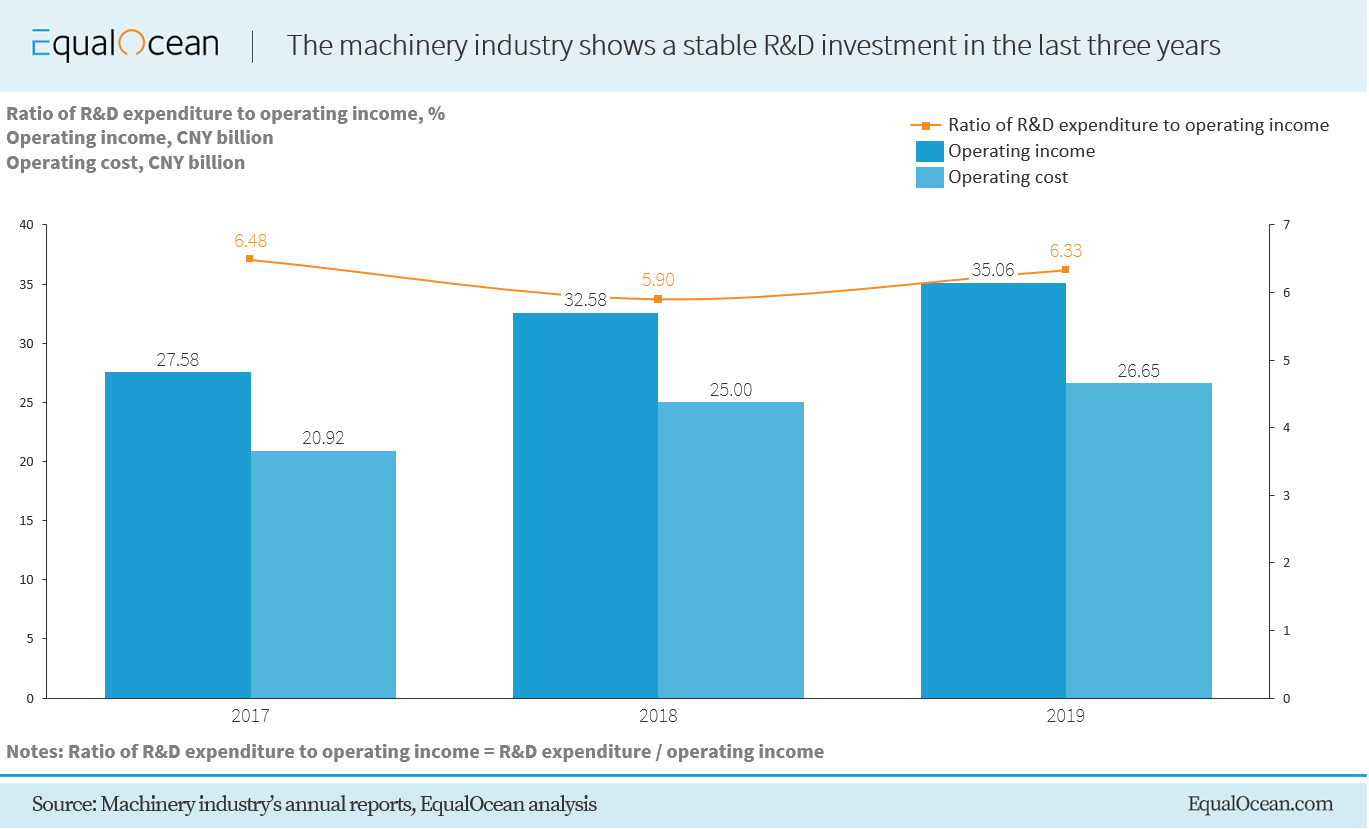 Besides the need to enhance R & D expenditure ratios re: operating income, another three reasons for digital transformation cannot not be ignored either. To begin with, China has a severe aging problem. To be specific, the percentage of people over 65 years old in China surpassed 12.6% in 2019, which is much higher than the criterion of the aging society’s standard – 7%. Hence, the machinery industry will face rising issues in labor shortage and increasing labor costs, and intelligence might help to relieve this situation. Secondly, the shock of COVID-19 has transferred the corporation’s concentration to digital operation. In the lack of data analysis and digital ability, it is hard for firms to manage projects and forecast trends. Lastly, firms like Sany aim to build the industrial internet, answering China’s call for new infrastructure construction. It is cooperating with China Telecom, and they are making efforts to provide over 300,000 5G base stations in the third quarter of 2020.

Before the digital transformation, what was Sany’s core competence? Its comparatively strong R&D ability could not be neglected. For instance, Sany had the highest ratio of 4.82 while comparing with other top players. Precisely, Sany owns two technological centers domestically, three scientific research stations and three professional research stations. At the end of 2018, the machinery manufacturer has held 6253 patents, ranking top in China’s machinery industry. Secondly, Sany has proper selling channels. Except for advertisements and discounts, Sany is conducting campaigns like seasonal orders, lotteries and publicize users. As a result, the firm’s excavator has been the sales winner for nine years, with the operating income of CNY 27.62 billion in 2019. Also, the economics of scale further help to increase profitability. After cutting expenses and stopping expanding fixed assets in 2012, Sany’s revenues have increased largely as depreciation expenses were amortized. 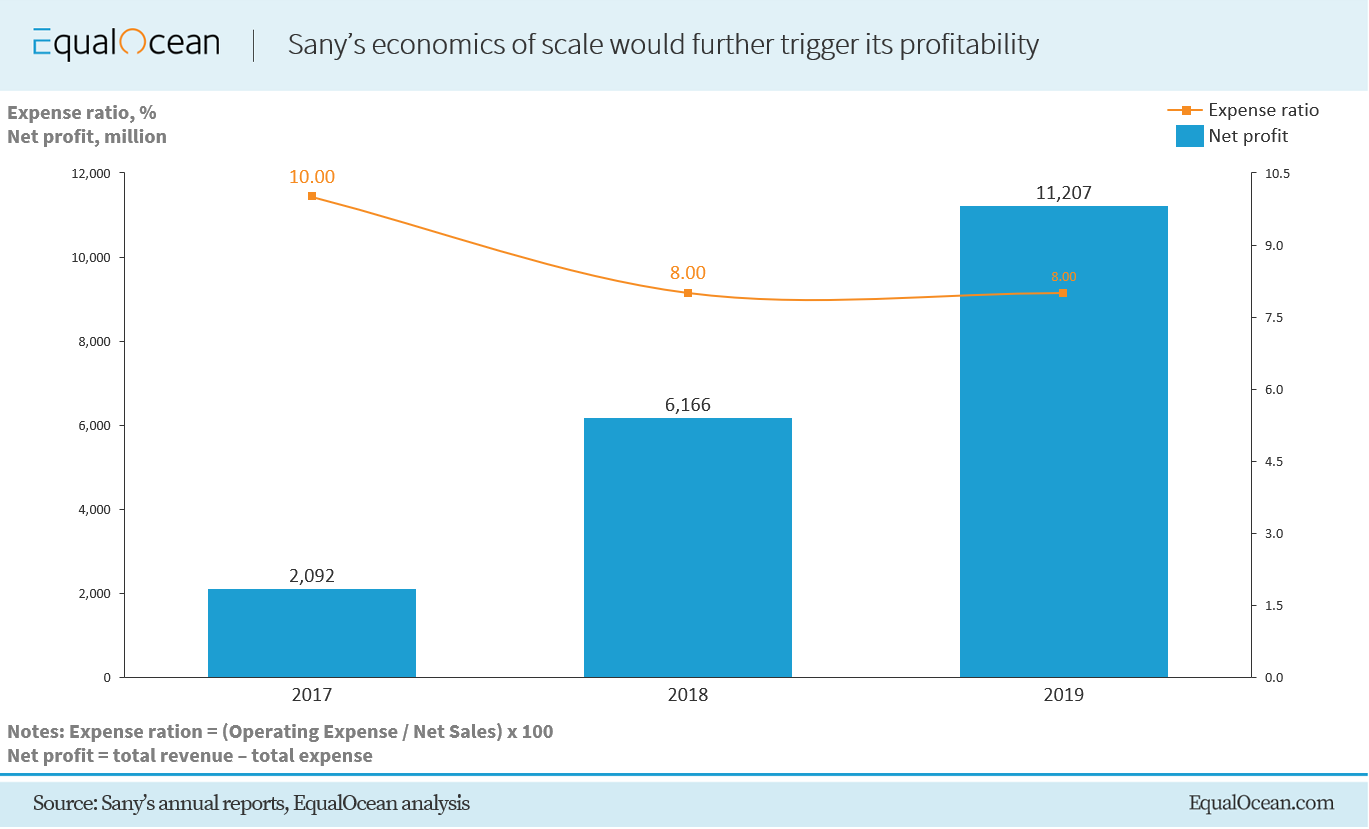 When compared with its competitors, the equipment manufacturer still shows a tier-one position in profitability. According to its industry report in 2019, Sany, Zoomlion and XCMG were the top three firms in operating income. Precisely, Sany’s operating income was higher than ZOOMLION and XCMG, with CNY 323.59 billion and CNY 164.9 billion. Additionally, Sany’s gross profit margin was even counted twice as big as XCMG. 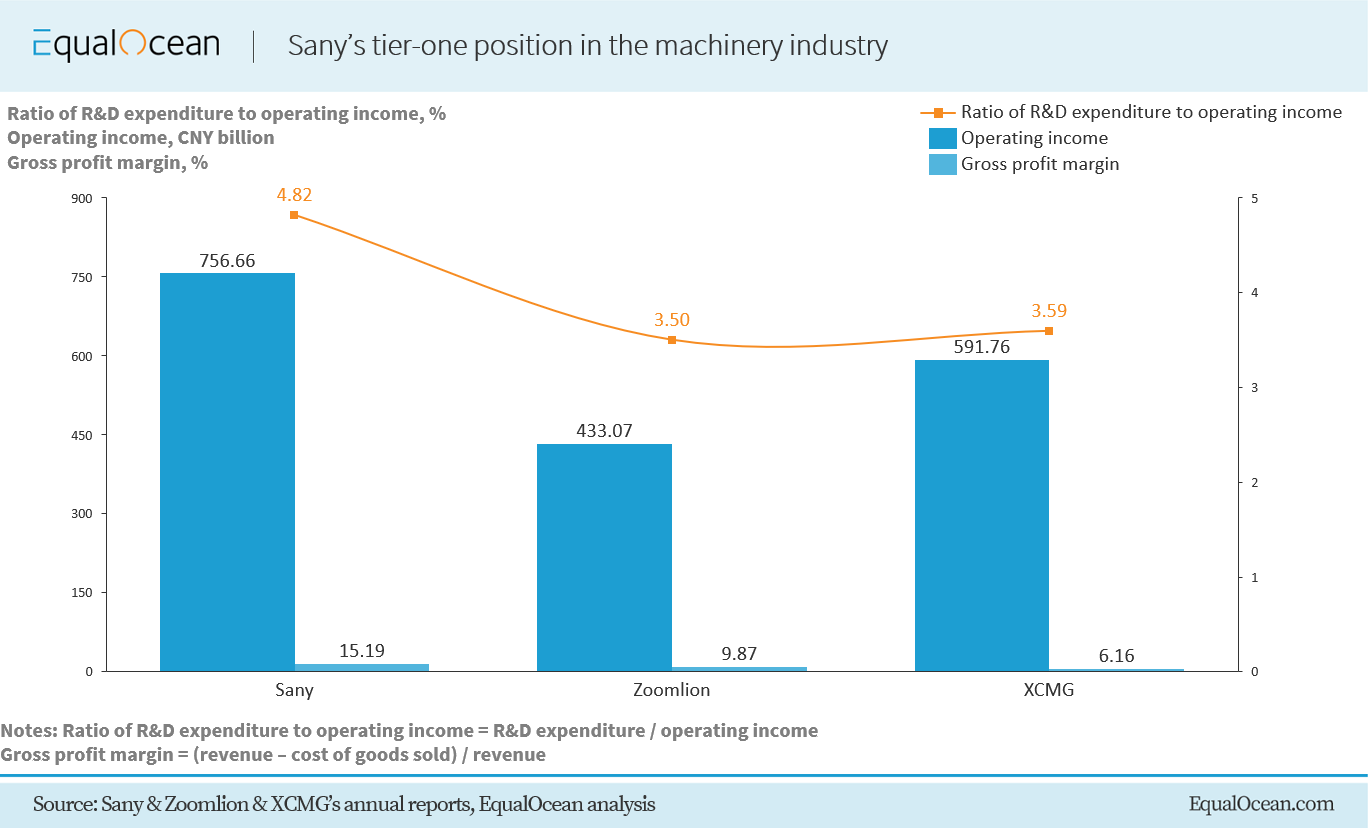 In a word, under the shock of COVID-19 and the promotion of the nation’s policy, it is the right time to conduct digital transformation in the machinery industry. As the tier-one firm in this industry, Sany would try it best to build an industrial internet and further trigger 5G’s development. With the equipment manufacturer’s core competencies, the digital transformation might help to improve its profitability and influence, paying more attention to R&D.