The Shanghai bourse's Star Market and the Hong Kong exchange have received the tech giant's paperwork, which reveals its recent outstanding financial performance. 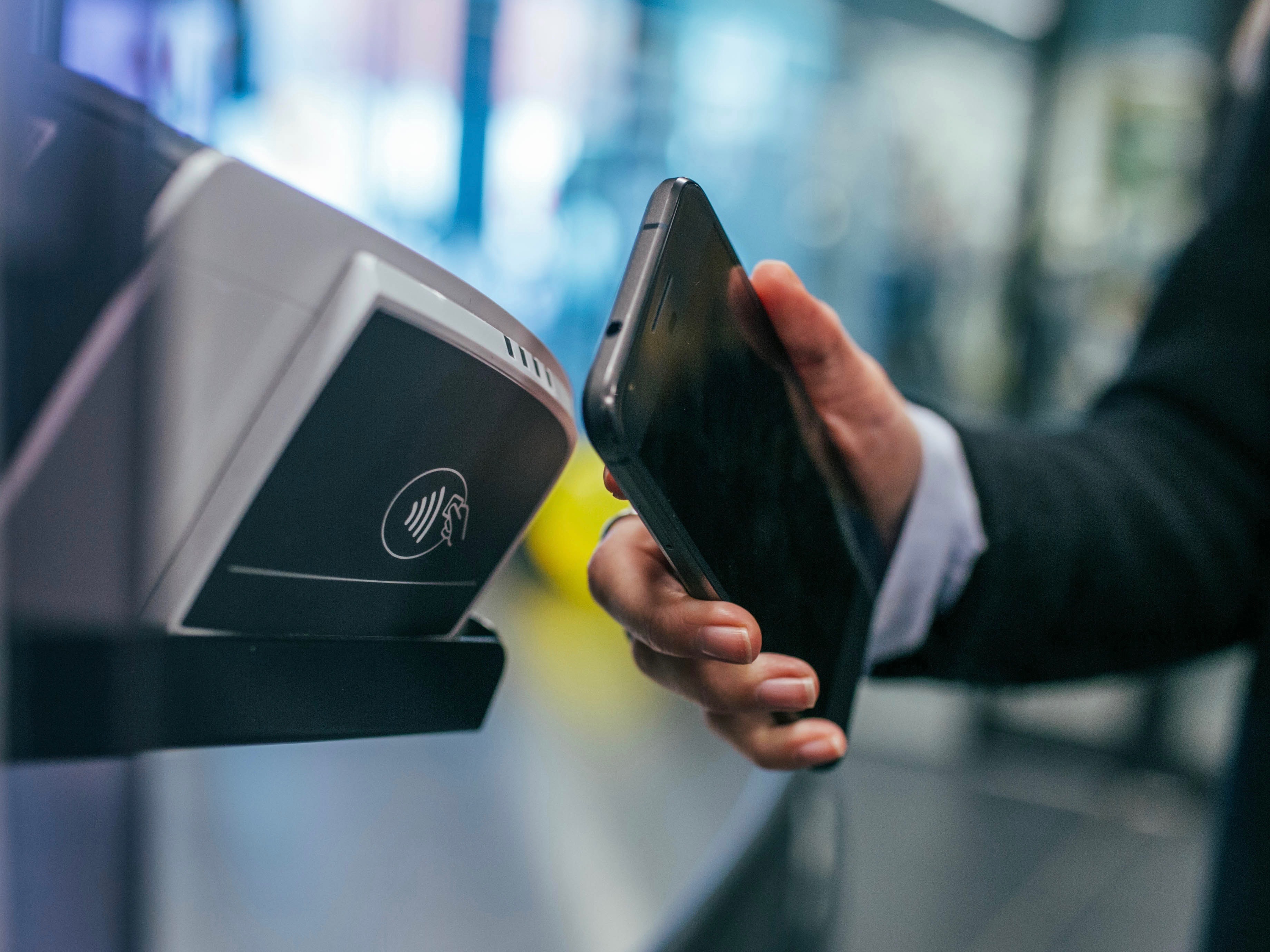 Ant Group has filed the papers for IPO of the 'A+H' dual-listing. The business details, financial results and future plans are first released to the public in the prospectus.

The total equity after issuance will be over 30 billion shares with outstanding shares accounting over 10%. The capital raised will be used in funding technology innovation, promoting the digital economy, and strengthening global cooperation. 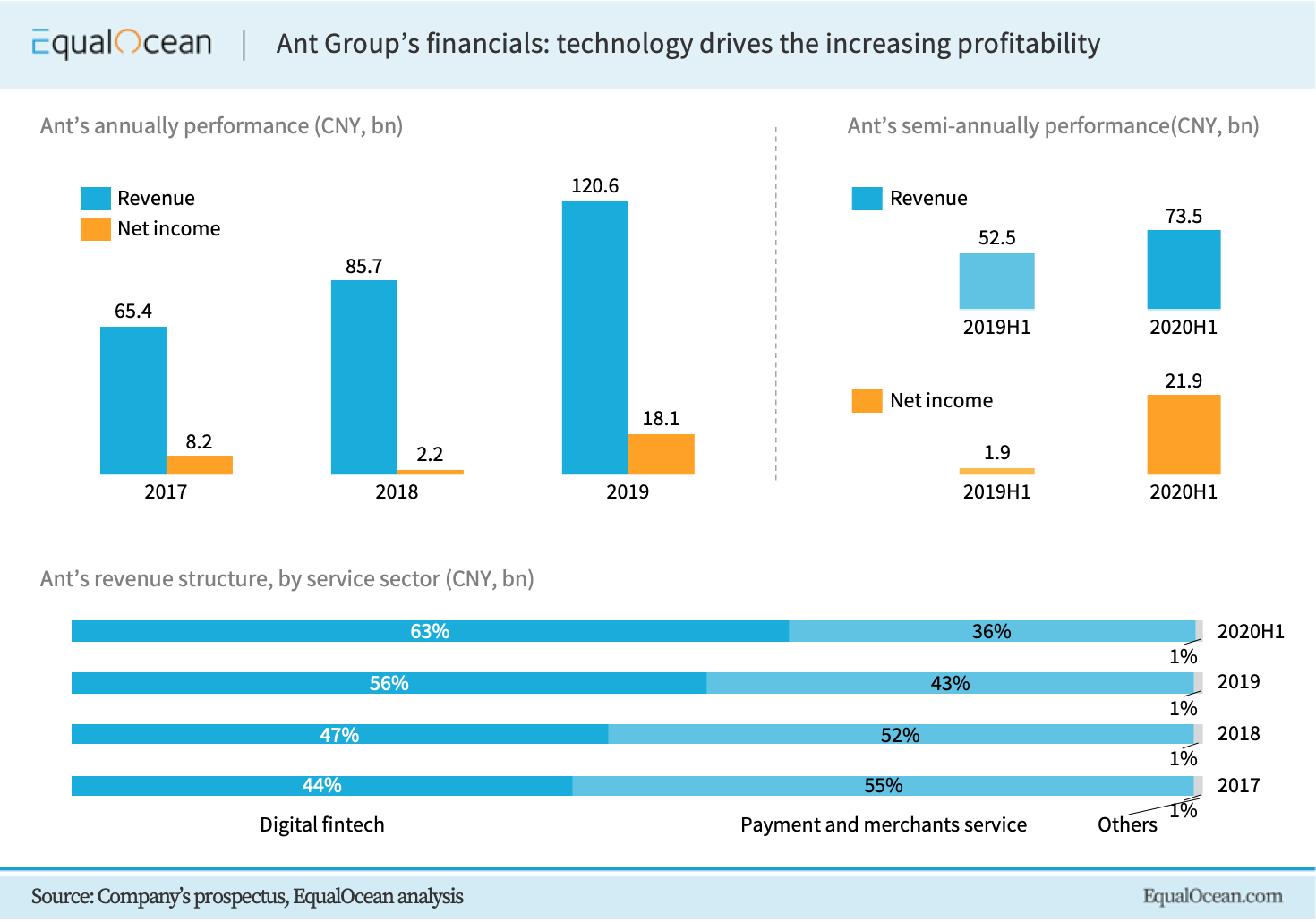 In the first half of 2020, three sectors, the digital fintech, the payment and merchants services, and other innovative businesses accounted for 35.86%, 63.39%, and 0.75% of the total revenue, respectively.

At the end of June 30 of 2020, Ant Group has 729 million users on the digital fintech platform and 500 million users in total on credit lending services, which includes Ant CreditPay (Chinese: 花呗) and Ant Cash Now (Chinese: 借呗). The asset under management (AUM) reached CNY 4.1 trillion on the wealth management platform, and the annual premium on the insurance platform recorded CNY 51.8 billion. 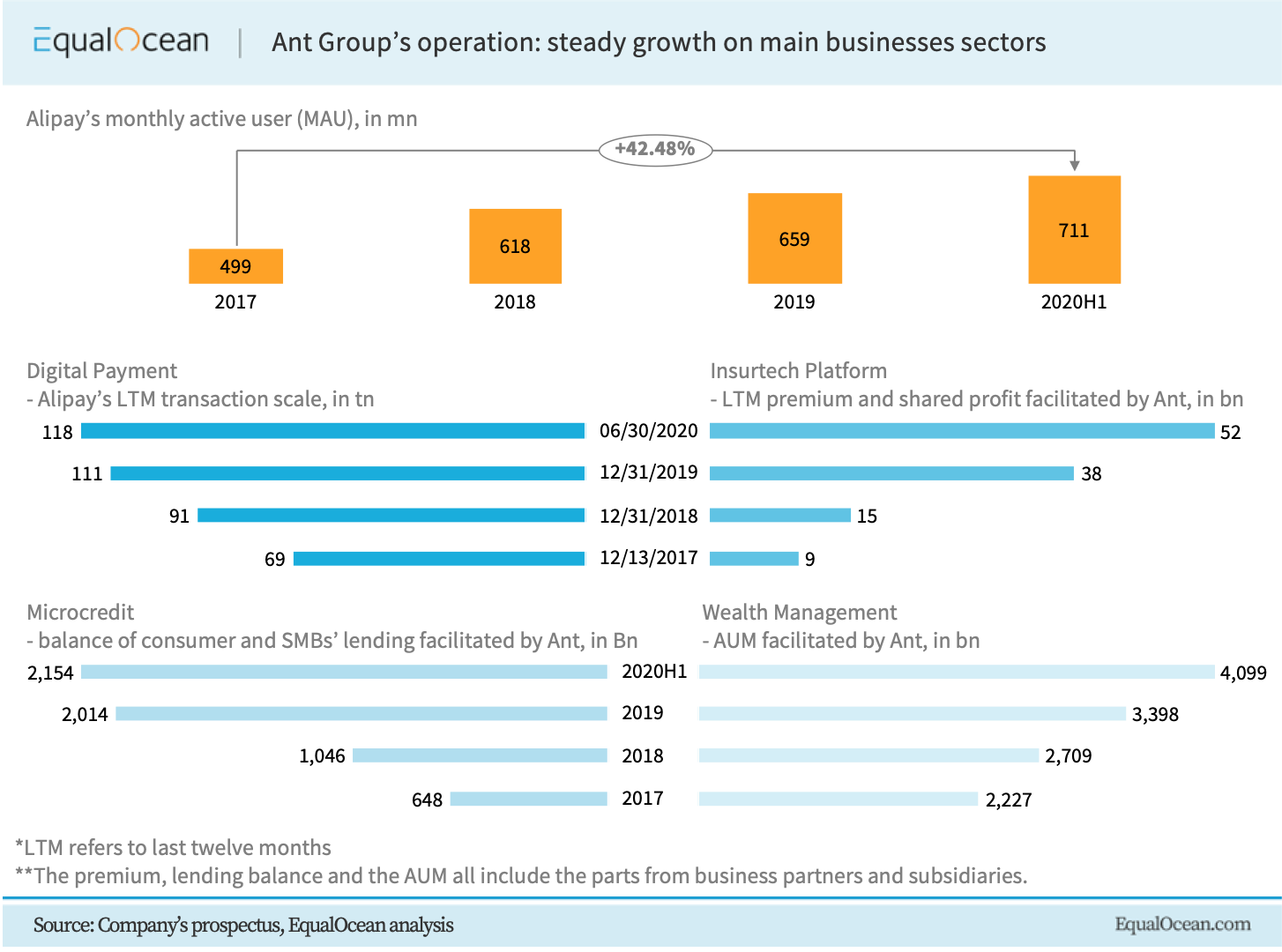 Alipay, the star product of Ant Group, made a respectable showing. The monthly active user (MAU) surged by 42.48% from 499 million in 2017 to 711 million in 1H 2020. The figure of annually active users and monthly active merchants reached over 1 billion and 80 million, respectively. In the most recent 12 months that ended June 30 of 2020, the transactions of digital payment on Alipay posted over CNY 118 trillion.

Who owns the shares?

According to the prospectus, employees currently hold over 50% of Ant Group. After the issuance, the total shares of whom will be no less than 40%. Jack Ma, the founder of Alibaba, will own no more than 8.8% of the stake. What is more, he stated that 610 million shares, which account for 2% of the total equity, will be donated for charitable purposes.

We are expecting to see how Ant fires up the markets in Shanghai and Hong Kong.

Check out our previous articles about Ant Group: