Chinese logistics industry development has entered the stage where maximizing market share is a key strategy for improving its performance. ZTO Express is likely to roll smoothly into 2021, enlarging its scale and lowering costs. 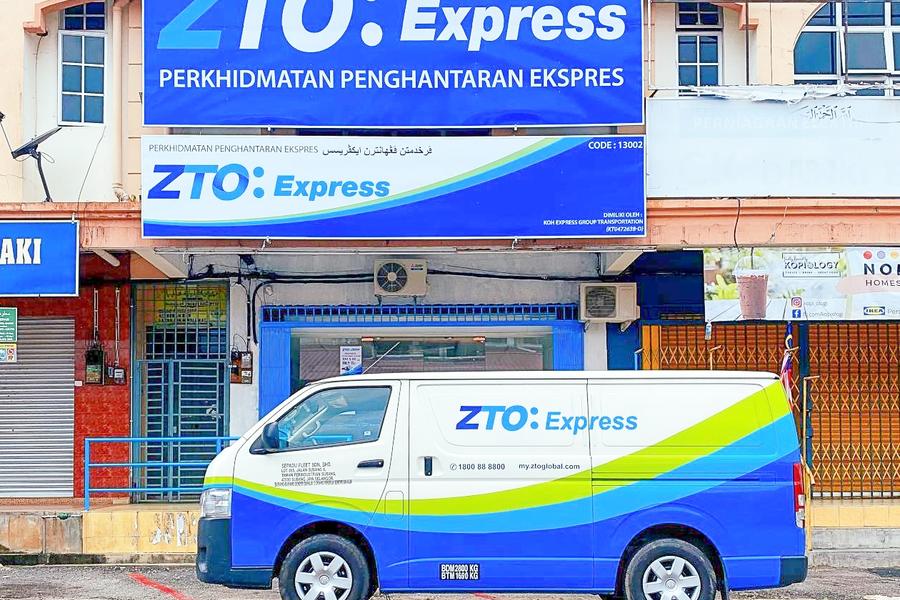 ● ZTO Express’s progress could be explained by its revenues, parcel volumes, average selling prices and unit costs for the third quarter of 2020. All of these elements showed competitive performances compared with other express firms.

● The firm’s rapid development was also the result of the 'Double 11' shopping festival, which helped to boost ZTO Express’s sales volumes.

● Some external factors, such as the e-commerce arena’s development, the economy’s rapid recovery and vaccine’s emergence will all benefit the express industry’s further growth.

● Some franchise-related issues might harm ZTO Express’s reputation, as this caused delays in deliveries.

ZTO Express (ZTO:NYSE) is one of the largest express delivery companies globally. Its recent financials support this status. In the third quarter of 2020, the company's daily volume of parcels delivered was around 50 million, covering over 99% of China's county-level cities.

Meanwhile, its market share reached 20.8%, bringing its target of achieving 25% by 2022 closer. Between 2016 and 2020's third quarter, ZTO Express remained the market leader. Meisong Lai, the company's founder and chairman, said that this results from ZTO's continuous "investment in infrastructure construction and capacity expansion." 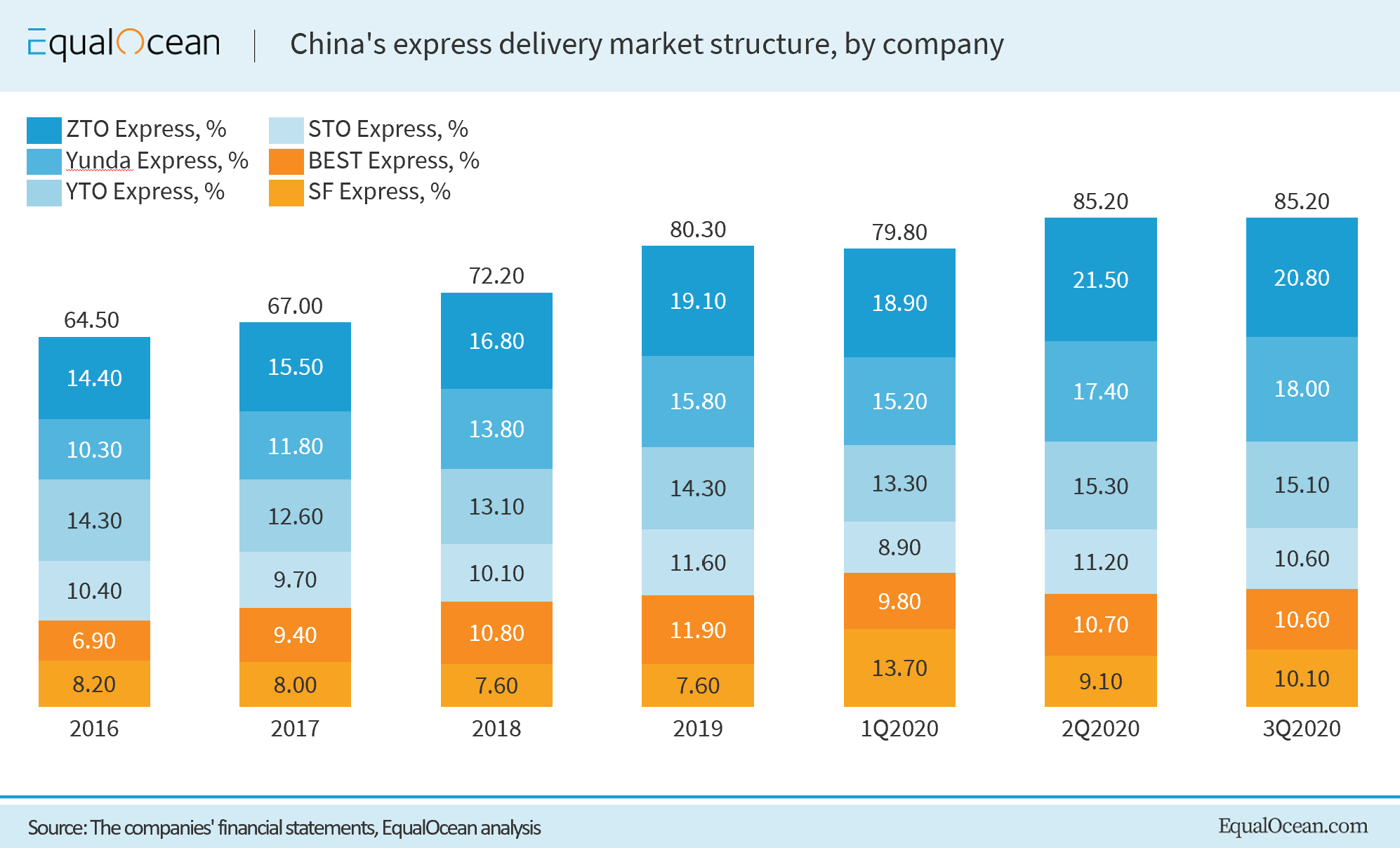 In this article, we present five trackers comprehensively describing ZTO's business in league with the key trends in the Chinese express delivery industry. We use a similar framework to analyze other companies in our scope (one example is the electric vehicle producer NIO).

We believe there are four numbers to look at when analyzing ZTO's financial performance: the revenue, parcel volume, average selling price (ASP) and unit cost.

● ZTO generated CNY 6.64 billion in revenue during this period, a year-on-year growth rate of 26.1%.

●The parcel volumes rose by 51% to 4.6 billion units, surpassing the industry average of 38%.

● As the market scale went up, ZTO Express's decrease in ASP was less significant than that of other major express firms.

● There was a drop of 18% to CNY 1.33 per unit, which is close to SF Express's reduction degree. Transportation and sorting hub maintenance are two main cost categories for ZTO Express, and both of them presented a decreasing trend compared with the last year, dropping by 9.2% and 8.5% respectively. We attribute this to the automation level improvement and less spending on the outsourced shipment services. 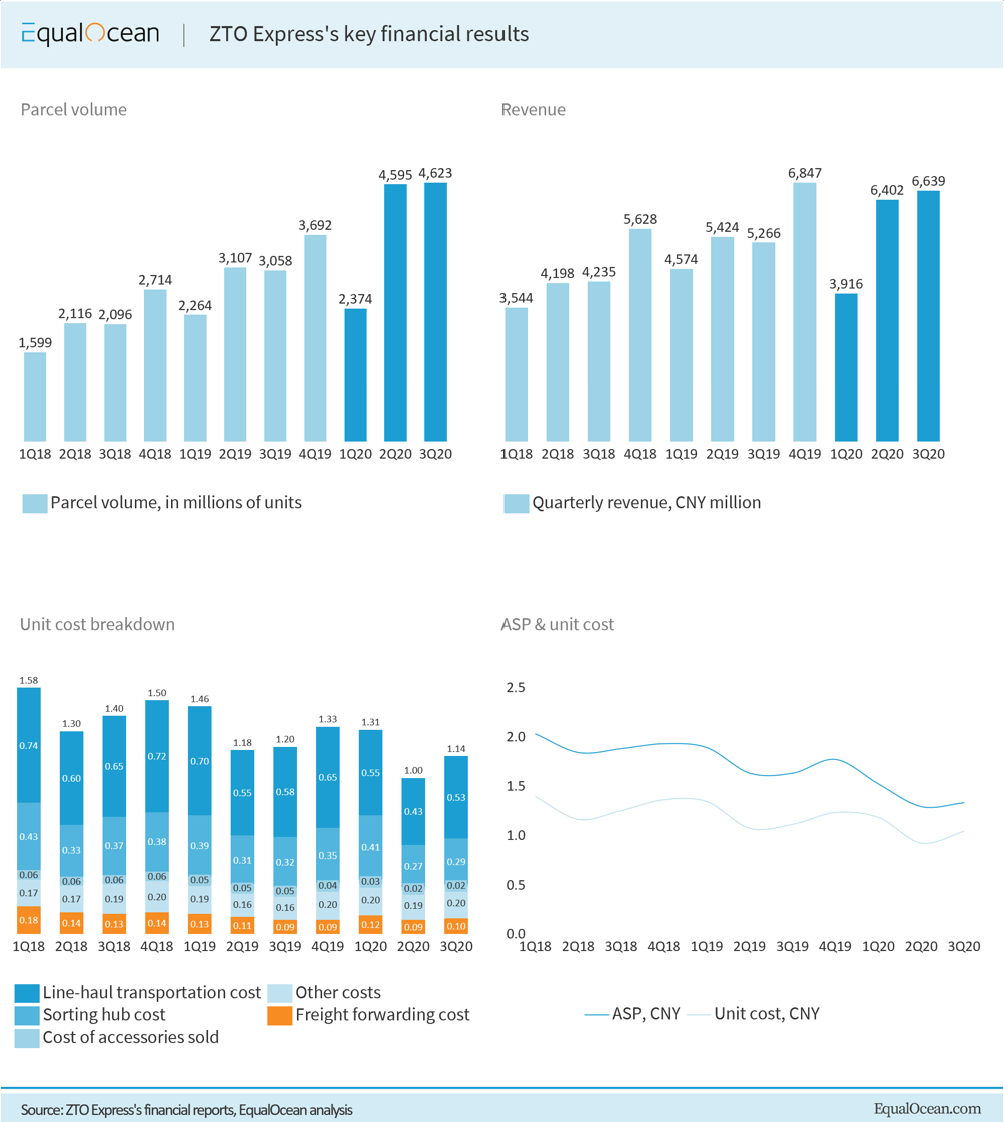 The 'Double 11' shopping festival results are a bellwether for the development of both the retail and logistics industries in China. In 2020, the pre-sale period was extended by another week, boosting the total sales volume. From October 1 to October 11, major Chinese express firms' sales volume achieved 10.85 million parcels, a year-on-year growth rate of 30.42%. On October 11, the three largest express firms' sales volumes exceeded 0.1 billion units, and ZTO's was the highest. Specifically, it achieved order volumes of 0.82 billion units and business volumes of 0.76 billion units, surpassing the last year's results.

ZTO Express's parcel volume growth has continued to outpace the industry average from 2019 till now, and there was 34.21% higher than the industry level in the third quarter of 2020. In terms of ASP reduction and operating income, the company trailed its closest peers.

Amid the pandemic, parcel delivery volumes increased due to social distancing policies and temporary nationwide quarantines. As of November 16, the express industry's total parcel volume this year had reached 70 billion units, surpassing that of the previous year.

Overall, competition within the Chinese express delivery industry is getting intense. To attract more customers, express delivery firms are cutting their prices under the premise of not running at a loss. But this price war still exerts a negative influence on firms' incomes from single orders. For instance, the express delivery industry's average unit price was CNY 9.85 in October, a decrease of 13.8% compared with the previous month, indicating an ongoing price war. Although ZTO Express had the highest market share in the third quarter of 2020, its net profit decreased by 8.2% to CNY 1.21 billion, with its single ticket price dropping by 18.4%.

China's express delivery industry showed rapid growth in 2020. This resulted from the increasing popularity of e-commerce and the mushrooming local logistics networks empowered by a set of new digital tools. The sector has a strong potential to keep growing in the future, as the demand for delivery services is lifting the market up.

China's rapid recovery from COVID-19 helped the country obtain a 4.9% GDP growth in the third quarter of 2020. Tao Wang, an economist with UBS, said that China's GDP growth rate is expected to reach 8.2% in 2021, which will positively affect the consumer sentiment. Furthermore, as the world is seeing some progress in the vaccine development, the foreign markets can become another catalyst: China's exports are expected to grow by 11%-12% next year. There are a number of operational risks facing ZTO. On November 20, one of the firm's express stations in Beijing stopped working due to franchise-related issues; this caused the delay in delivery of over 4,000 items and massive delivery staff layoffs.

With its solid business advantages and ample clout in the domestic delivery market, ZTO Express is currently one of the most undervalued Chinese stocks. On December 4, it closed trading at USD 28.22 apiece. 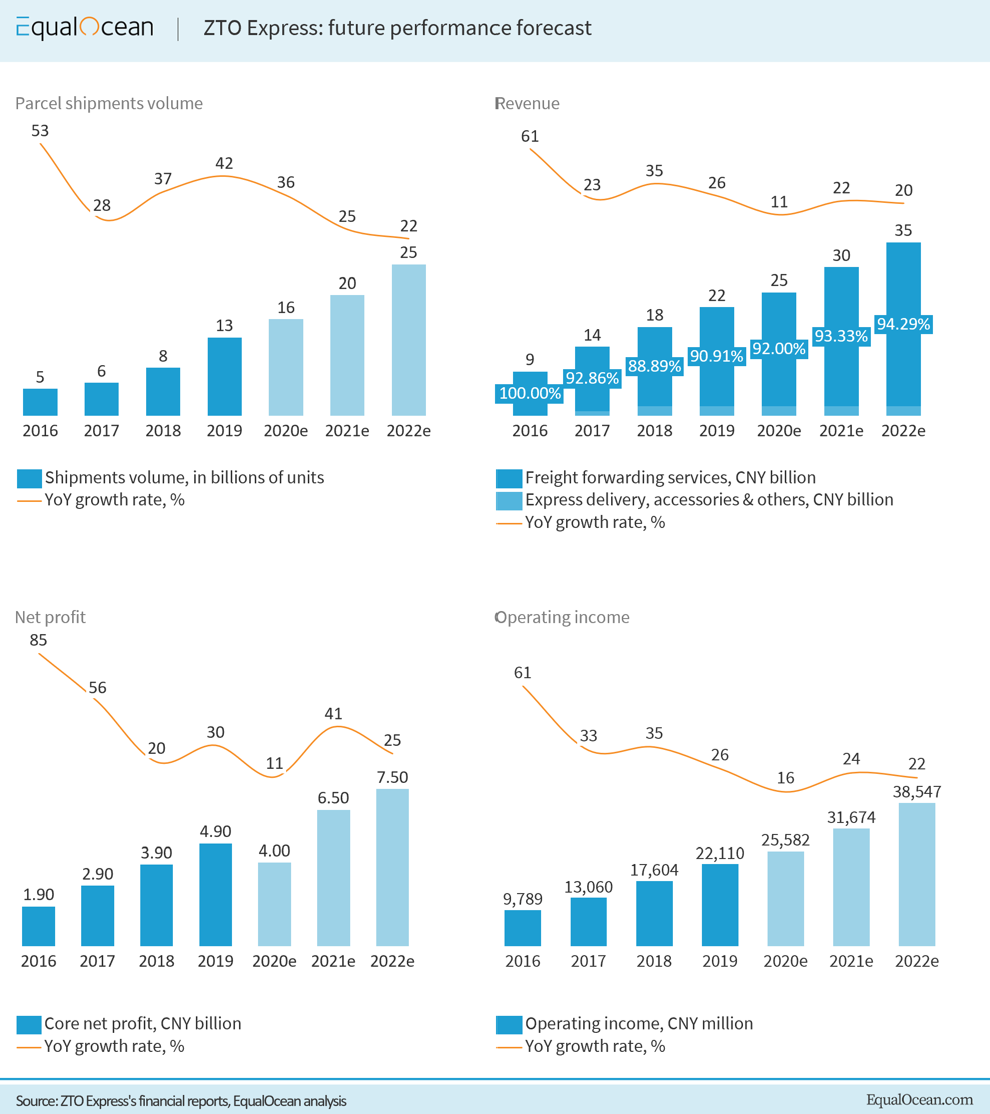