The four-year-old upstart aims to build the entire new industry anew from the ground up, developing both commercial space solutions and a global high-speed Q/V band satellite Internet network. 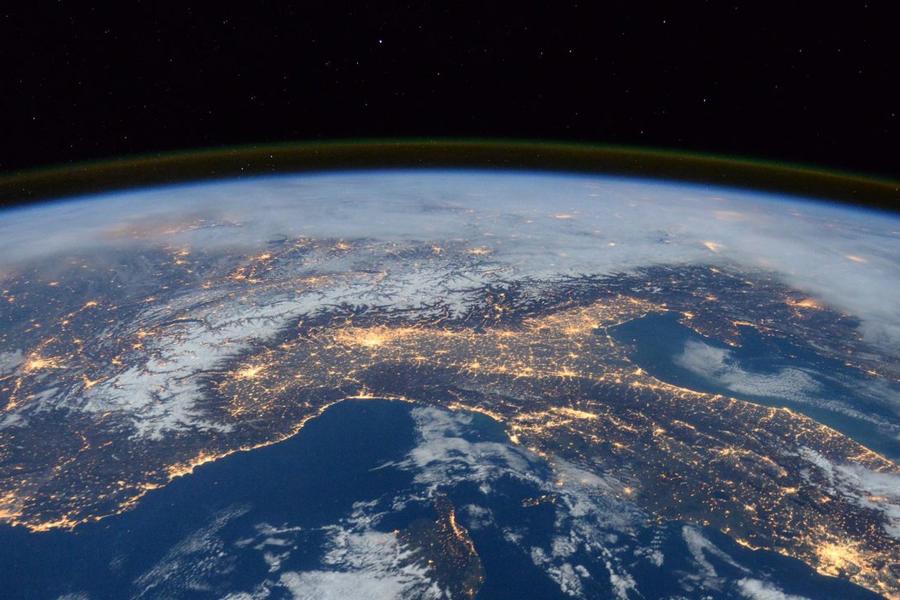 In January 2020, GalaxySpace launched the first 24Gbps broadband internet Low Earth Orbit (LEO) satellite serving China. The satellite is also the first independently developed broadband Internet satellite launched by private companies in the country. In the past six months, on its orbit, the LEO satellite has carried out 852 tracking tasks and over 190 tests and has completed several key tests such as the Q/V bands test, communication rate test, delay test, and wave beam switch test. At the same time, it has also realized 2G / 4G / WiFi base station access, a 5G signal test, 5G base station return, and even a 5G + MEC video call test. According to the company, the second satellite has already been moved to the assembly line.

Founded in 2016, GalaxySpace has been focusing on developing low-cost high-performance small communication satellites, building an LEO broadband communication satellite constellation, and establishing a global high-speed satellite Internet. With a business model spanning the whole industry chain, GalaxySpace's core builds networks for remote and underdeveloped areas, high-risk natural disaster areas, transportation, science experiments, business, and governance. One reason for such a wide-scope strategy is the complexity of land conditions in China.

Xu Ming, the founder of GalaxySpace, was the co-founder and President of Cheetah Mobile, a Kingsoft-affiliated mobile Internet firm. He led Cheetah Mobile to make a major breakthrough in the mobile market, making it the world's largest Internet mobile tool developer. GalaxySpace is his second major venture. On November 17, 2020, the company completed its Series C, hitting a valuation of nearly CNY 8 billion. Notably, among its investors, Shunwei Capital, the company founded by Xiaomi CEO Lei Jun, among others, has taken part in all four rounds – this somehow indicates the camp it belongs to in China's vast tech scene. 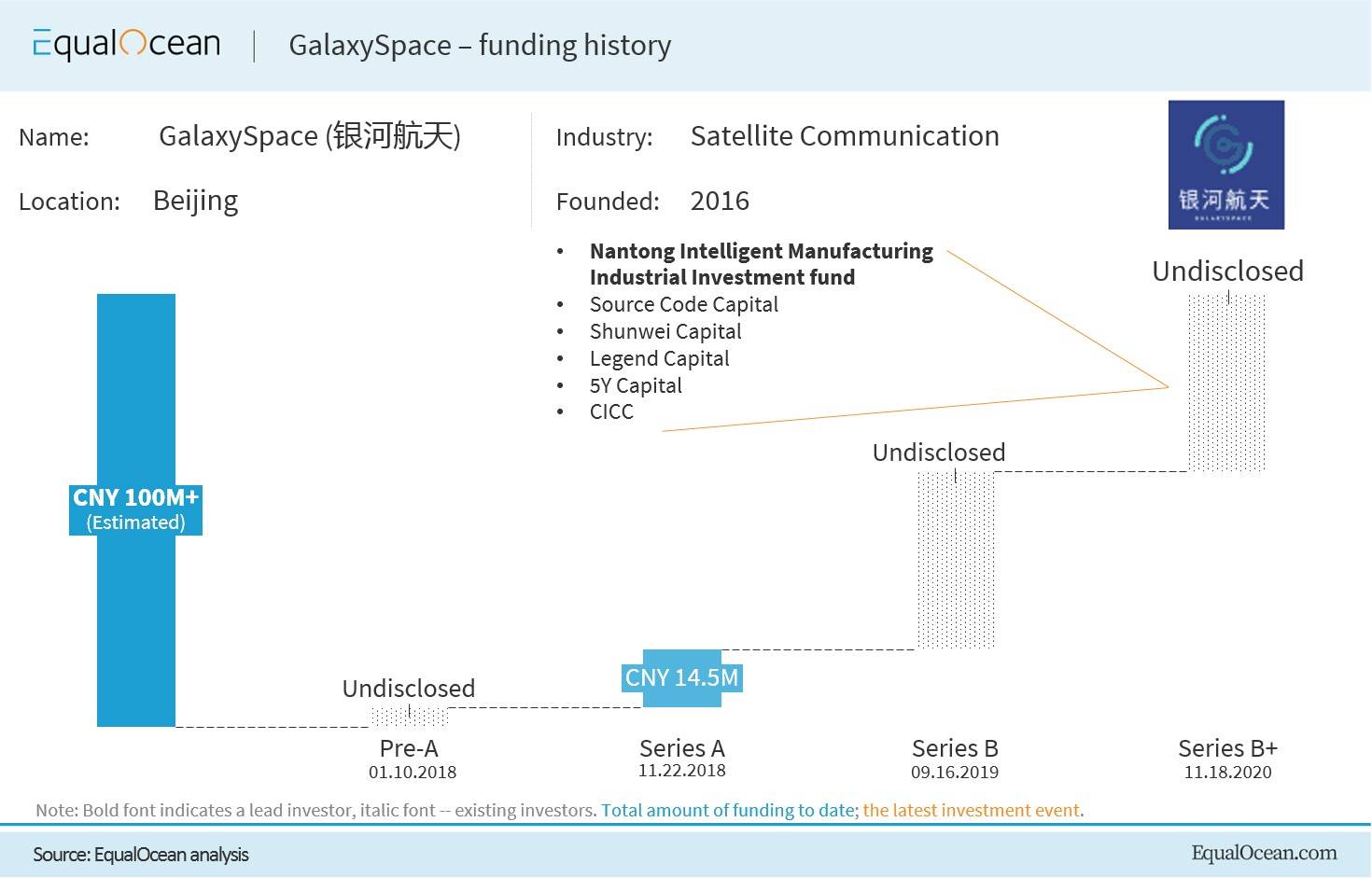 In recent years, satellite Internet is entering a rapid development stage. According to an analysis from Morgan Stanley, the global space industry could generate revenue of more than USD 1 trillion or more in 2040, up from USD 350 billion in 2018, and satellite Internet will contribute 50% to 70% growth in the market. Currently, the cost of commercial satellite launching can be decreased from USD 200 million to USD 60 million using reusable rockets, with a potential drop to no more than USD 5 million in 10 years. Moreover, satellite mass production could decrease the cost of a single satellite from USD 500 million to USD 500,000. Meanwhile, it is estimated that the cost of wireless data will be around 1% of the price levels nowadays.

SpaceX, by many means the leading company in the global commercial space area, is constructing Starlink with a network of 42,000 LEO satellites. The 100th flight of a Falcon 9 rocket delivered 60 satellites to orbit for SpaceX's Starlink network on November 24. The total number of satellites reached 955 (Orbit altitude 550 km/340 mi) and 16 rockets were launched in the past five years. Meanwhile, SpaceX is developing Starship, an under-development rocket that will launch 400 Starlink satellites at a time.

By contrast, China's commercial space development is relatively late. 2015 is considered to be its tipping point. In 2019, the market achieved revenue of CNY 836.23 billion, growing at a CAGR of 22.1% from 2015 to 2019. Considering the market prospects of this nascent domain, we expect China's commercial space market to exceed CNY 300 billion. In September 2020, the Chinese government submitted an LEO constellation application with a total number of 12,992 satellites to the International Telecommunication Union (ITU). Overall, the Chinese commercial space market seems to be having great potential. However, being at an early stage of development, the cost control and production capacity of domestic commercial companies is far from that of some developed commercial space companies, especially the likes of SpaceX.

GalaxySpace is expanding its industrial chain coverage, which may lead it to become the first company covering the whole industry chain. Liu Chang, the partner of GalaxySpace, said that galaxy space is currently building China's first super satellite factory in Nantong, and it is projected to achieve a production of 500 satellites per year. Meanwhile, the company provides 5G Network communication services and satellite user terminals services. According to the company's estimation, by covering the whole industrial chain, the cost of each satellite can be reduced to CNY 10 million. Under this situation, GalaxySpace becomes a company to watch. From our research, there are three aspects the company can work on to grasp that nascent market and occupy a larger market share.

First, low-cost reusable rocket launching is one of the burning issues. Liquid Propellant Rocket Engine (LPRE) is generally considered as the solution to this problem. SpaceX's Falcon 9 rockets have proved this. Falcon 9 rocket has achieved a 97% recycle rate and the cost has been cut to USD 50 million per launch. At the moment, two private launching companies – LandSpace and i-Space – are developing LPRE. Beyond using state-owned resourced launching services, GalaxySpace should deepen co-operation with these two companies, and open up the upstream and downstream business industry chain if possible.

Second, the capacity for mass production is another obstacle in the company's development. Recently, no company in China has realized LEO satellite user terminals' mass production. Ideally, the terminal of the LEO constellation is equipped with electronic scanning antennas, a kind of antenna without mechanical phase scanning, which is characterized by mass production suitability and low cost. SpaceX has not made a breakthrough in such a field (it is still using semi-phased array antenna), and the development of electronic scanning antennas could be a key for GalaxySpace to be outstanding in the industry.

Third, moving up the satellite spectrum to the Q/V band could be an opportunity. According to the data from the US Federal Communications Commission (FCC), most commercial LEO satellites employ digital processing technologies in the Ku and Ka bands. Ku band resources have become saturated. In the future, the demand for commercial satellite bandwidth resources will continue to grow, and Ka band resources will become increasingly crowded. The Q / V band, as the most suitable band for communication in all millimeter-scale bands, can make more bandwidth (33-75 GHz) available for users, which is also one of the important methods to control the cost.

In summary, with varied drivers, such as the massive 5G rollout, complex land conditions, and relatively large market space, China's commercial satellite industry looks rather promising. However, China started quite late, and itis still uncertain whether it can quickly catch up with the leaders in the mass market (ITU normally follows the 'first come first served' principle). As the next possible nemesis of SpaceX, GalaxySpace needs to focus on the development of low-cost launching, electronic scanning antenna and Q/V band to stand out from the competition in the ever-changing market.