With the headquarter in Guangzhou and the red hibiscus company logo, China Southern Airlines has the highest number of transport airplanes, the most advanced route networks, and the largest passenger numbers. Moreover, it has 18 branches in Xinjiang and the north of China, 23 domestics business departments in Hangzhou and Qingdao and 69 international business departments in Singapore and New York. China Southern Airlines' overall passenger numbers have reached CNY 0.14 billion by 2018, the highest one within China's airlines over 40 years. By the end of October 2019, its operations include Boeing's 787, 777 and 737. Furthermore, it is the first to run the airbus A380 globally, with over 850 transport aircraft in the Airbus A380, A330 and A320.

Zhongke Xingtu: received the second round of audit inquiry letter on the application for fixed increase of a shares in 2021

Digitalization has become an irreversible trend in every industry in this new era, making people's working and leisure lives smarter and more convenient. Most people have been familiar with e-commerce giants like Amazon, Alibaba and other consumer goods platform, but few may know about MRO e-commerce platforms, which belongs to the industrial internet. This in-depth will analyze China's MRO market thoroughly.

Jiuquan Iron and steel Hongxing: it is expected that the net profit will increase by 217% year-on-year in 2021

The civil aviation airport sector rose and strengthened, and Air China rose by more than 5%

The pre-sale of Spring Festival films is expected to reach 8.5 billion

Ma Xingtian, former chairman of Kangmei pharmaceutical, upheld the original sentence in the second instance and was sentenced to 12 years and fined 1.2 million

The three major China airlines have notified investors that the financial performance of the whole year 2020 may be seriously affected by the spread of COVID-19. Only China Southern had a positive update to share. 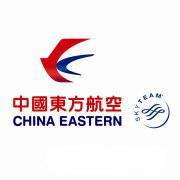